Alternate Mode
Saidos is a rhinoceros, and probably based loosely off a white rhino for he has a square upper lip and two horns (one long, one short). Primarily gray on the head and body, his legs are a lighter shade of gray. Red is used for the horns and on the legs. Black is also used to outline his ears and on the body itself. 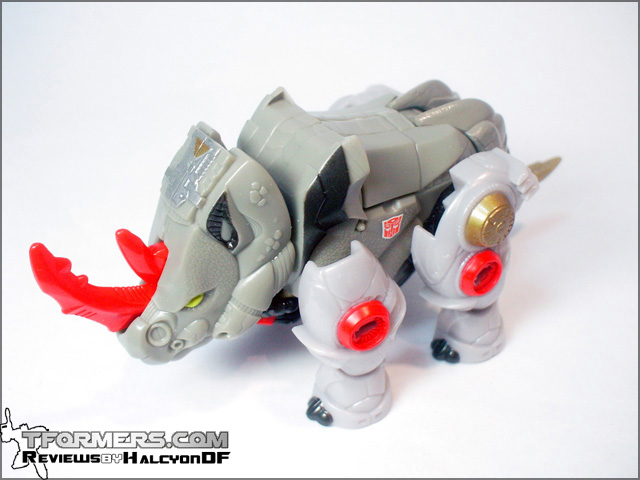 Despite being a stocky creature, Saidos is well able to pose his legs freely, in many poses ranging from standing on hind legs to charging. He also has a tail that is free to move up and down. 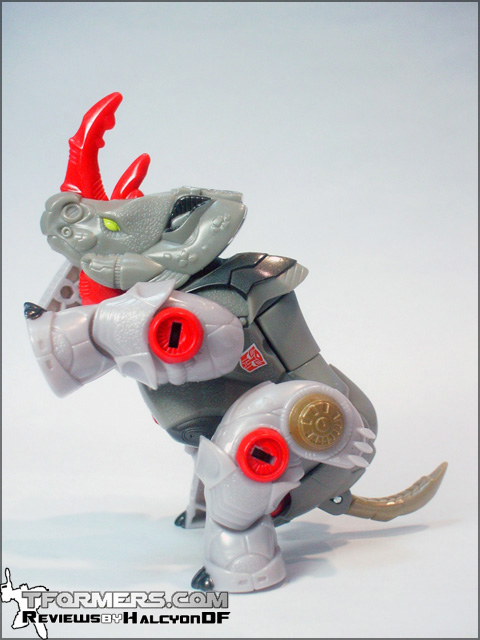 His force chip slot is behind the head and once â€˜ignitedâ€™, the horns extend forward by quite a bit. It does not affect the swiveling of the head. The horns rotate along with the head. It is a pretty appropriate Force Chip function for the rhinoceros which is famed for charging at potential aggressors. 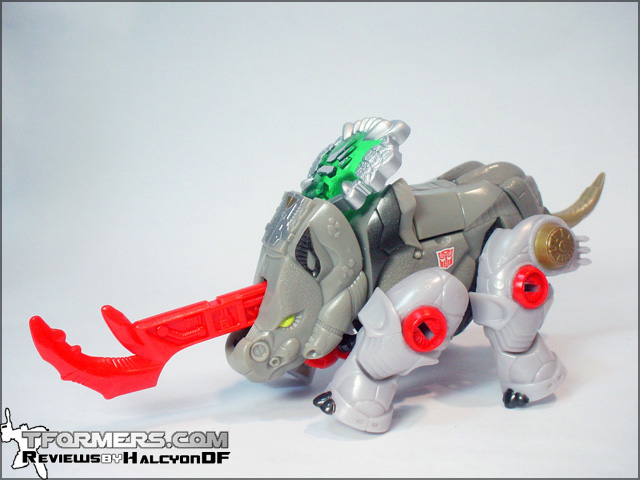 Even though he is a basic size figure, I feel that his animal mode is pretty well done. His head, legs and parts of the body is detailed with a leathery and bumpy â€˜textureâ€™.

Verdict: 8/10 Wonderful basic figure! He is probably the best animal mode (for its size class) around in Galaxy Force as there is no flaw with him - in this mode.

Robot Mode
Transformed into a robot, Saidos looks like someone who has a funny rhino suit on instead. He is also shorter than a lot of other basic size figures. 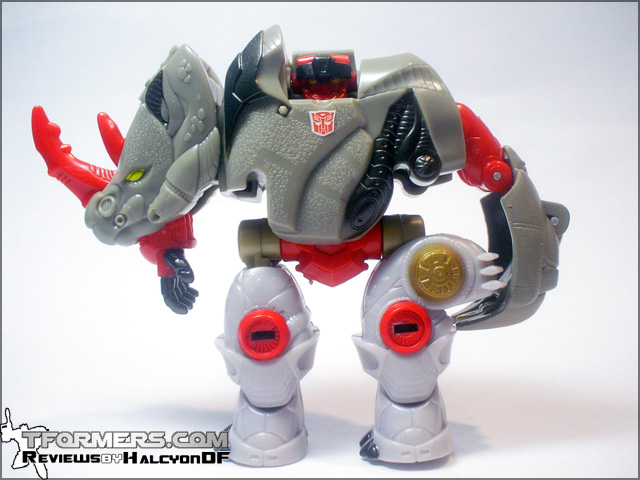 His head is on the rhinoâ€™s back and it has no articulation. It is also set back into the body, further emphasizing his stockiness and height. On his torso is a Cybertron faction symbol. Now there the legs are lowered down, you can see a bit more of his body. On the left side, there are some detailed sculpt of what appears to be muscles.

Both of Saidosâ€™ arms are weird looking. They both somewhat have good articulation but they are both strange in their own fashion. His left arm has a normal-looking upper arm but the lower arm is a giant swiping 3-claw made from his rear end and his tail. His right arm is his rhino head, with a hand under at the mouth of the rhino. Due to the rhino head, only the elbow and shoulder are articulated. His right hand is an open one, not the standard closed fist is so many other figures. Thus, both his arms are unable to hold any weapons at all. 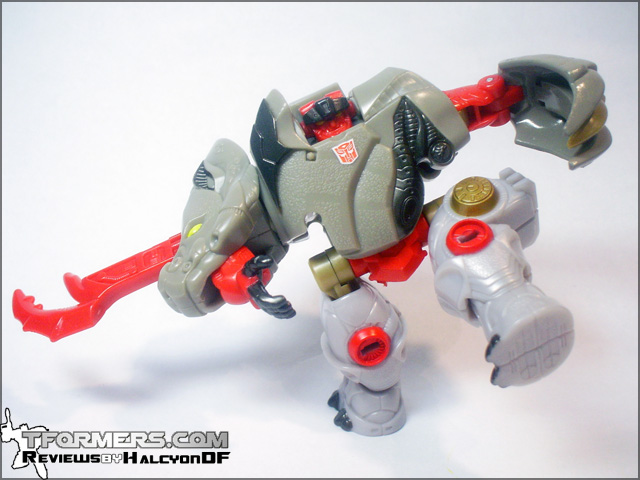 His legs are proportionate but they had no proper articulation at all! They swing a bit at the hips before going out of balance and have sideway knees. Beside his appearance, this is by far the largest flaw with Saidos.

Verdict: 2/10 by far the worst looking robot mode ever in Galaxy Force.

Saidos is the first transformer in a while that I leave in alternate mode. If his alternate mode was not as good as it is, this would have been a waste of money. Saidos is meant only for hardcore completist and people who love nice animal alternate mode.