When I first saw this figure advertised in a magazine in early February, I knew it was a figure I had to have. Certainly it is not an original and Galaxy Force Exillion has been reviewed before. However, I thought a detailed inspection of this repaint, as well as clearer pictures of the figure may help others to determine if this guy is worth the high price he commands. For the benefit of the reader, I've included the normal blue Exillion and Energon Rodimus in the pictures for comparison.

Hot Shot/Hot Rod has been a fairly regular series character since his introduction in Transformers : The Movie back in the mid-eighties. In Beast Wars it was commonly thought that Cheetor was a re-incarnation of this favorite figure. In Armada we saw him in a sleek super car form that was bathed in yellow with accents of red. In Energon the same yellow followed, but this time tweeked with blue. And now in Cybertron we see him in full on blue with red and yellow accents.

The draw to the Red Exillion repaint is that it brings Hotrod full circle. The Galaxy Force/Cybertron mold for Hot Shot is one of the better ones to come along and seeing the customs being done of him in true Red and Yellow colors must have been the inspiration for Takara to come out with the exclusive. With only 500 available and accompanied with a DVD, this guy commanded an average price of around 10,800 yen. In US currency that is roughly $100. 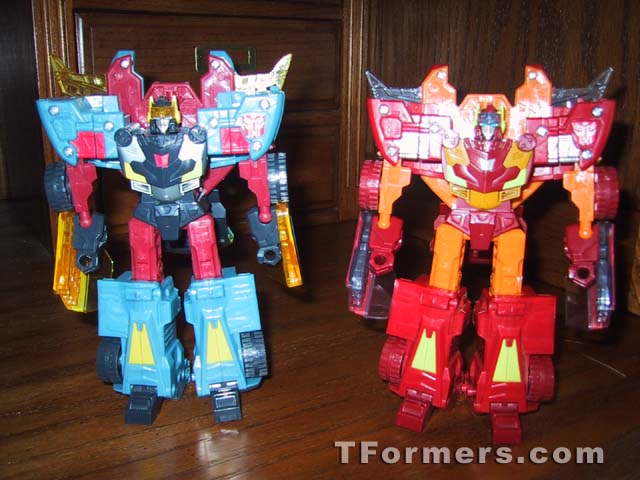 But enough of the history and path of Hot Shot/Hot Rod. Let's get on with the review. As you can see by the picture just above and just below this text they really did a number on this guy. All the blue from Cybertron Hot Shot has been replaced with Hot Rod's signature red. They went a bit too far in doing the wheels in red also. All the vent plates have been highlighted with orange. Just as Generation One Hot Rod was. The only thing I really feel is missing in this homage is the dark blue tint to the windshield and side windows. I don't consider the side chrome pipes to be missing because I really didn't like them on the original figure.

His force chip is identical to that of Cybertron Hot Shots. When inserted, it extends two wings, but unlike Hot Shot's yellow tinted wings, Red Exillions are clear. I actually like the clear here, but think that yellow would have been more representative of the yellow wing from the original Generation One Hot Rod. 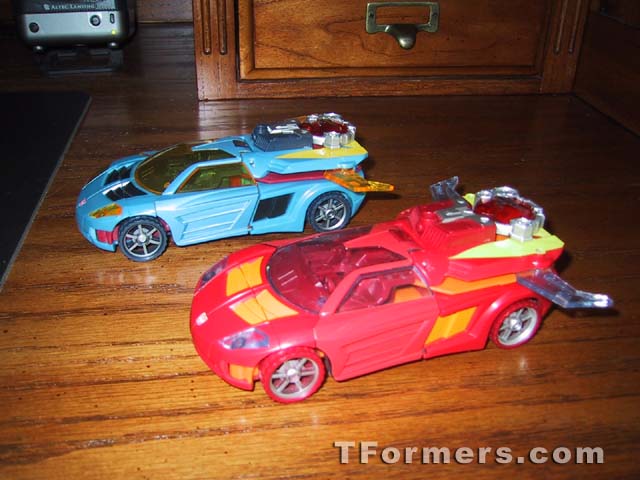 When transformed, even more of Hot Rod's spirit shines forth. You see much more yellow accenting here and it is very representative of the design accenting on the Generation One figure. The shins show a triangular yellow stripe. This reflects the patterning on the Generation One shins. His chest is decorated in orange and yellow and the symetrical pattern hints of the flames on the chest of the original figure. Even the small semi-rectangular boxes at the base of Red Exillion's abdomen remind you of the orange headlights positioned in the same vicinity on the original Hot Rod. 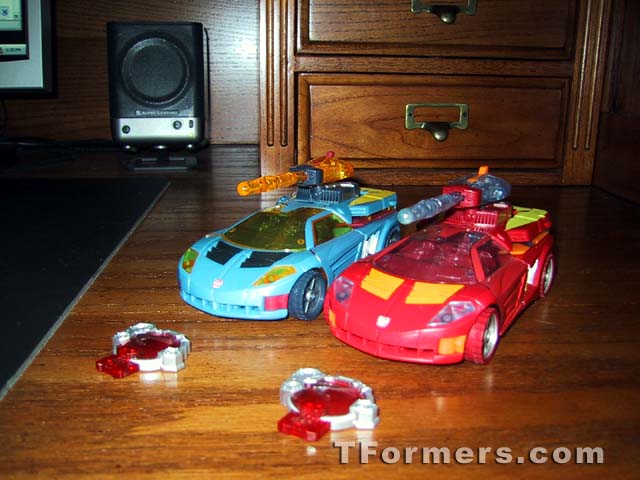 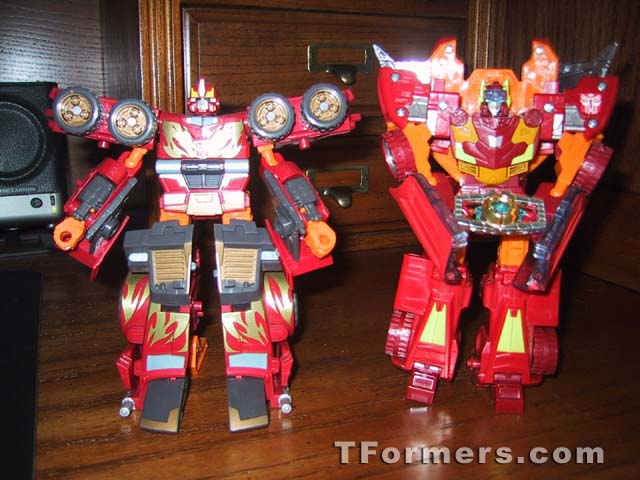 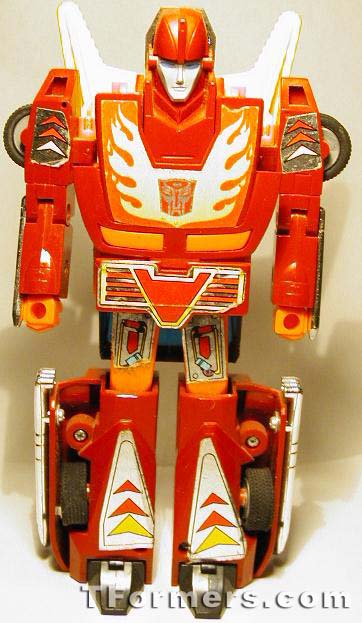 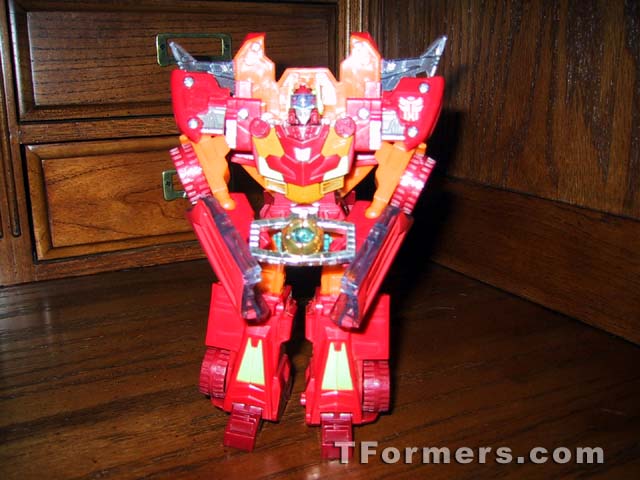 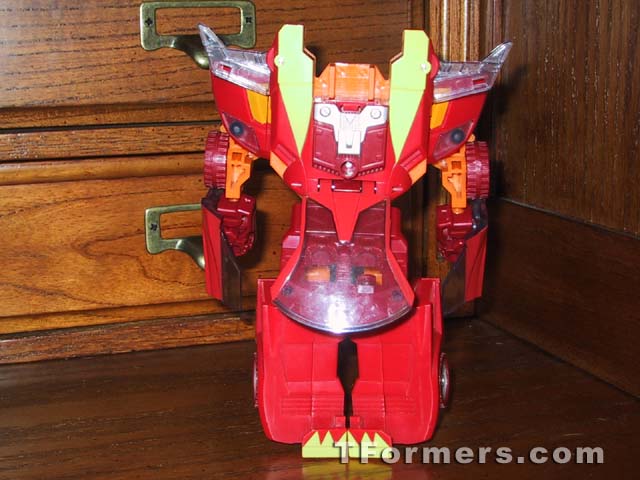 Overall, I believe the true intention of this figure was met. He was suppose to be a G1 Homage to Hot Rod and he definitely is that. With the ferver some people have shown in trying to obtain him, I'd say the designers hit the nail on the head. I would have really liked this to have been a regular repaint instead of an exclusive that ran me $100+ to get, but knowing that he is one of just a few also makes him more special.

I give him an 8 out of 10. I take away points for obviously being a repaint, and for missing a couple of key features that would have made him a true work of art. Namely black wheels and a blue tinted windshield and side windows.