Ahh Crumplezone… look how big you’ve grown since your days powerlinking with Cyclonus. I’m getting desperate I guess. That’s the only reason I can think of that cause me to buy this figure. What would you say if I told you I like complex and/or challenging transformations… or that I like alternate modes “based” on real or practical vehicles or robotic animals like the Energon Terrorcons… and that since we are the highest evolved creature (top of the food chain) in the known universe that figures should be proportionate to that of a human body? That is what I thought you’d say… nevertheless I hold firm in my opinions. I can’t find Grimlock, tracks or Miester so this guy satisfied the urge for a brief moment. 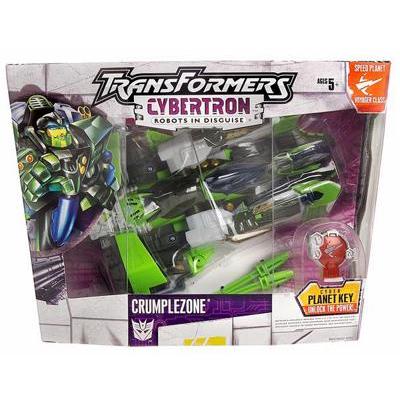 Look at this fellow, what word comes to mind? Whoosh! That’s not the only word I’m sure but it most relates to where I’m going with this. He is built for speed, appropriate since he hails from planet Speedia. Oddly enough he doesn’t roll very well. He has three wheels, two fat tires in the back and one motorcycle-like wheel in the front, all three made of blue energon. It’s a fine energy source but I’m not sure the physics of energon make it a safe tire material. I would think the friction of traveling at high speed would make it highly unstable. If anyone has done research on this let me know. Crumplezone is fairly aerodynamic, low to the ground, fins, large rocket boosters, but he isn’t smooth. He is primarily army green in color with gold and lime green highlights…. Not too bad of a mix. If I had to label him in Earth-based vehicle terms I’d say he is a top-fuel dragster. 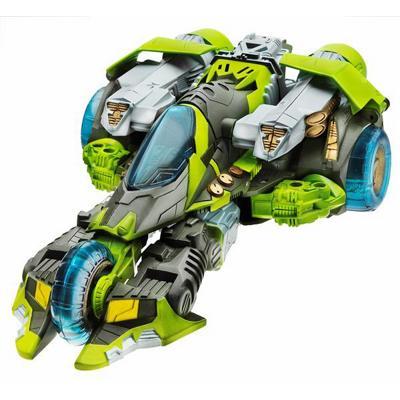 This is the mode I prefer. At first glance he looks very ape-like but more familiarity. You may be thinking back to the He-man character Trapjaw. Nope. Look harder… see it now? It’s Tankor. Not convinced, let us compare…. Generally the same head with moving lower jaw, same long arms that hang down past the knees and the hands even cock inward like Tankor’s claws, similar large forearms with small bicep, cannons that swing over shoulder, similar character profiles, similar transformation (legs swap ends of torso), and Armada Crumplezone was also a tank. Not enough to convict but certainly incriminating. No new colors present. He has good articulation in all joint one would expect except the shoulder. He can rotate but not raise the arm straight without raising the entire joint assembly. He is jointed enough that you can pose him like Optimus Primal and take advantage of his apish arms. He’s a bit top heavy and more challenging to balance than some figures but he will stand. 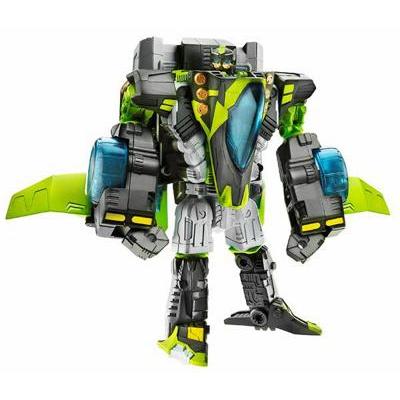 Standard Speedia insignia on clear red plastic. The action it unlocks is the same as Armada Starscream; Jet engines flip forward to fire missiles. Nothing new but I like how his arms can be brought up along side the launcher and I like that, it looks like he’s balancing them. It’s at least more powerful looking than leaving his arms hanging. They don’t look right for vehicle mode in the forward position but they do make an interesting sound as they spring forward.

The box says 3. Who rates these things for Hasbro? The instructions, not that you’ll need them, only had 6 steps… how hard could it be. Very elementary transformation, not hard at all.

Despite my opening qualifications (he met non of them) I still marginally recommend this figure… I kinda like his colors or maybe it’s the phallic shape but somehow I ended up liking this guy a little. It has flaws but it’s not the worst on the shelves either. I’ll probably get Brakedown too so they can race each other…