Mudflap is an interesting pick for this figure, especially since I couldn't find a mudflap on him. Also interesting how the Demolisher name was given to Galaxy Force even though they have been using Demolisher to rename Armorhide in the past. Anyways, Mudflap is either an Autobot convert or a reconnaisance bot (depends on if you put more faith in the anime or the packaging) that sabotages construction projects. 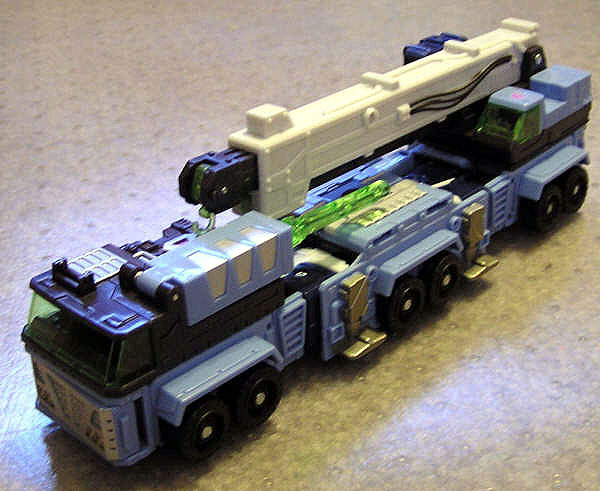 His alt form is a crane truck. This is done excellently, with detailed cockpits for both the cab and the boom. Speaking of the boom, it is capable of 360 degree rotation, 2x length expansion and about an 89 degree tilt. Overall, some very nice detail touches on this mode, right down to the hydraulic jacks. 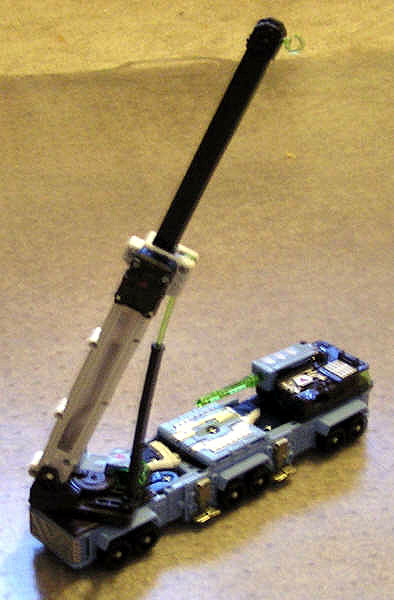 Mudflap is unique in that he has 2 Cyber Key functions. Extend his boom and insert the key to reveal an energon saw. This will work with the boom in any position except when fully retracted, as there's not enough space to insert the key. Insert the key on the passenger side of the cab and a missile launcher flips forward. Some nice playability, but it does make out for one long alt cyber key mode. The transformation process is somewhat involved, but if you keep Energon Wing Saber in mind, it'll go much smoother. 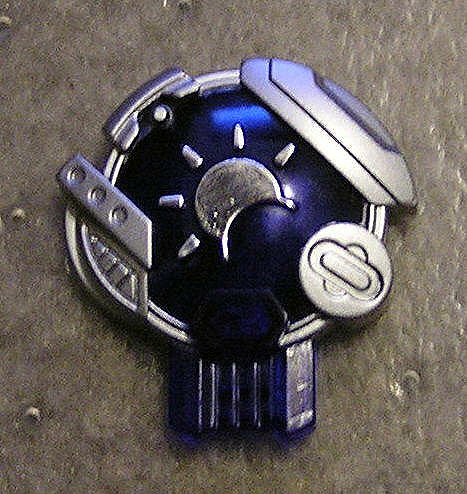 His alt mode is pretty nice. The only thing that suffers here is that the cockpit assemblies sit on both arms, so it's hard to get balanced poses sometimes. He does have a wide range of poseability once you figure out the weight issues. One other problem is that his hip area seems to have a loose connection by design. When posing, be sure to watch that split to see if it comes apart. The face has nice detail and allows for light piping. 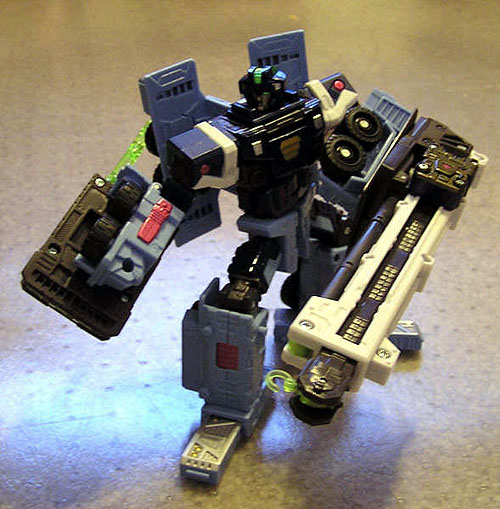 The Cyber Key works the same way in robot mode, although with less desireable results. The missile launcher resides on his right arm. Unfortunately, when flipped out it just kind of hangs there with gravity. Had they designed a way to peg it in place, it would have made it much better. The left arm has the boom with the Energon Saw. Note, though, that the blade isn't parallel. The hook you see is stationary and therefore blocks the saw from being perfectly parallel. Details aside, this is a nice figure overall. 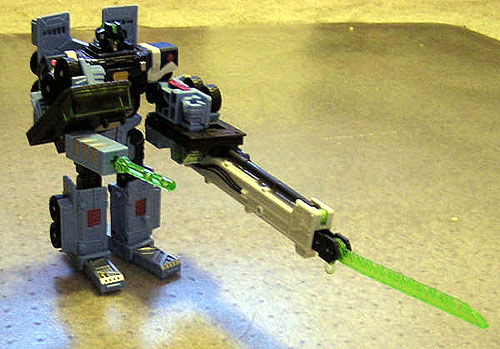