In a twist from normality, Hasbro has been introducing US exclusive models with the Cybertron line. Wreckloose is the 3rd such offering. He is another of Scourge's followers that lives for the battle. 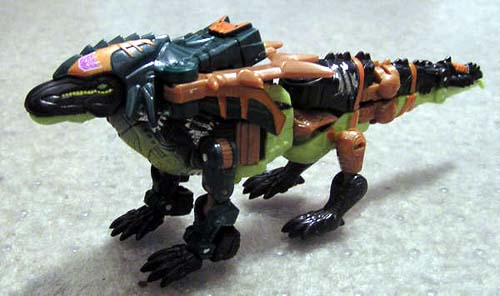 The alt mode reminds me of a dragon lizard. He is also garnished with a headpiece, which almost makes him look regal in a way. There are some joints in the legs, but I found it hard to give him any solid footing. His tail is also stationary. So not much beast mode posing for this guy. His overall look, however, is pretty nice. His jaws even open and close, which is a nice touch. There is only some minor kibble in the fact that his fists are exposed behind his front legs, but it's not much of a hinderance to the overall design. 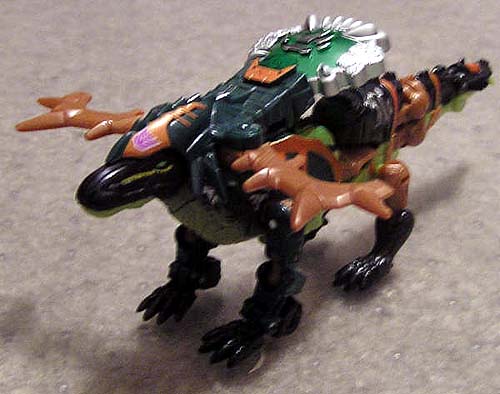 Inserting the Cyber Key in his headpiece reveals 2 spiked bars that protrude out each side. This almost makes it look like he might have flight capability. It would also look to induce some damage should he charge his enemies. The transformation is relatively easy. 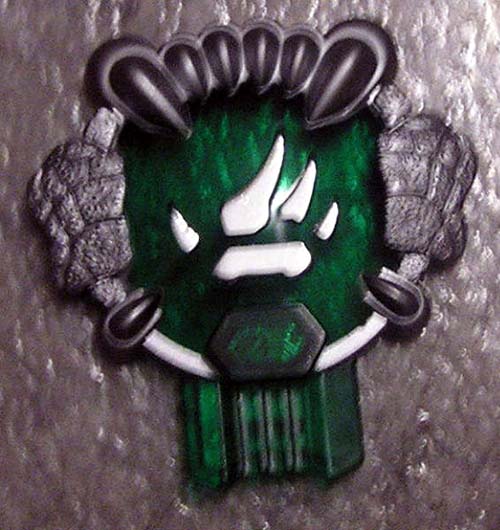 His robot mode is a bit interesting to say the least. He is very assymetrical, which to me is a big minus. You can see the rear legs of his alt mode hanging off his right leg, which used to be part of his tail. The legs are also colored differently, which throws it off a bit. The colors that worked in alt mode don't translate quite as well in his robot mode. Having his alt mode head split to form shoulder flares adds a nice touch, however. His face is pretty menacing looking as well. Just a pity they didn't add color to the eyes to give it a better effect. Due to his alt mode claws resting on his forearms, his arm poseability is severely limited. The legs, however, have good posing. 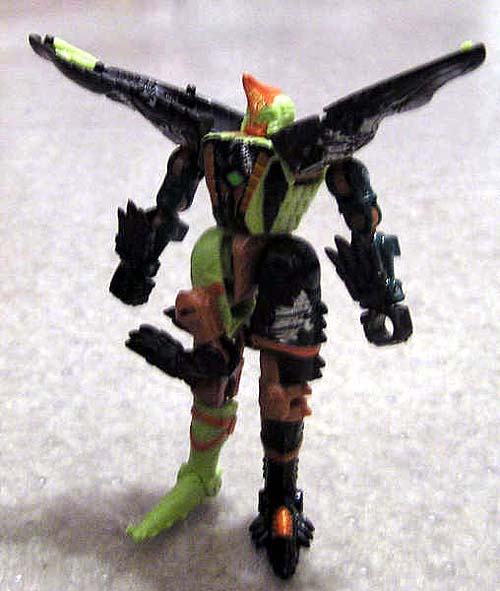 The headpiece in his alt mode can be used one of two ways. You can either use it as a backpark, or have it as a shield on either arm. A warning, however. Using the piece on his arm creates unequilibrium and makes his real hard to pose steadily. The Cyber Key works in the same way. If using the piece as his backpack, this would give illusion to flight capability. Using it as an armshield, this would be a nasty lacerating weapon. Although not the best US exclusive to date (I reserve that for Armorhide), Wreckloose is nevertheless a fine example of what Hasbro can do. 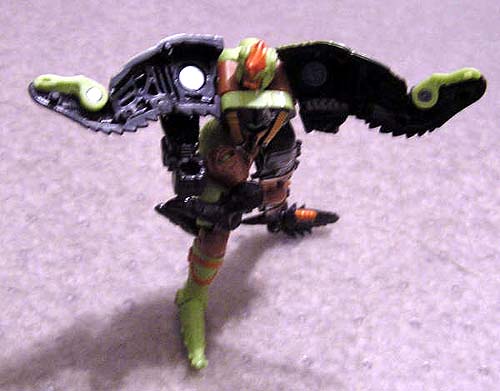