Blurr is one of 4 Armada era repaints being revamped for Cybertron. Like other Armada era repaints, this isn't the first time Blurr has been retooled (Universe Swerve comes to mind). I'm gonna stand on a soap box for a second here. Repaints pretty much turn me off in the first place if all they are is a different application of paint. Repainting the figure then crossing it over to a different continuum is worse. But doing that twice? I find it totally absurd. There are reasons that I made Blurr an exception to my "Never buy crossover figures" rule which I'll explain shortly. For now, know that Blurr is a trainer on Velocitron for racing hopefuls. 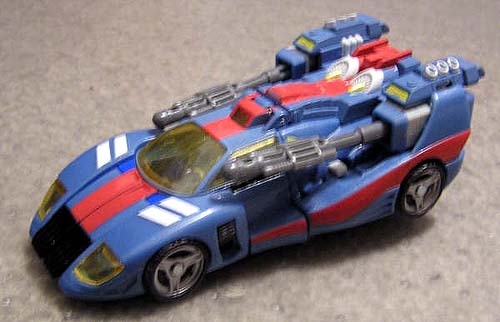 Blurr's alt form is the same as it was in Armada, which is a race car. There are noticeable differences in the mold, however. The blue paint with red accents really makes this vehicle stand out, versus the drab gray treatments this mold had before. Also, everything behind the cockpit has been remolded for much better detail. You can now make out scoops, exhausts and turbines, which really adds to this figure. This is one of the reasons I bought Blurr. They really improved this mold from it's Armada days. The missiles and launchers have been remolded as well. 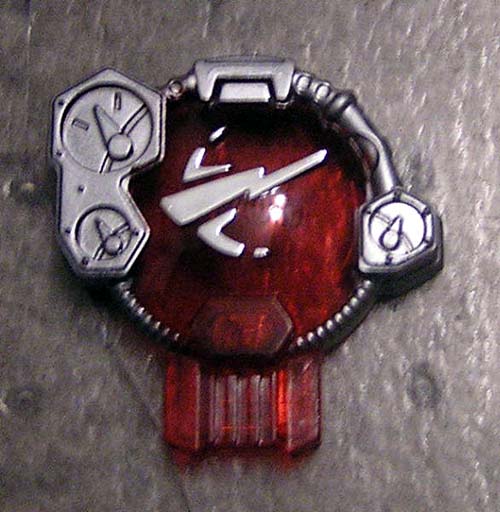 To use the Cyber Key, simply plug it into the spot where minicon Incinerator used to plug in. The effect is the same, which is the rear fenders flop down to form makeshift wings. It's a good makeshift revision to the way this mold works. The wheels, by the way, are translucent but I had some sloppy cast marks left on a couple of my wheels. Transformation is the same as it was in Armada. 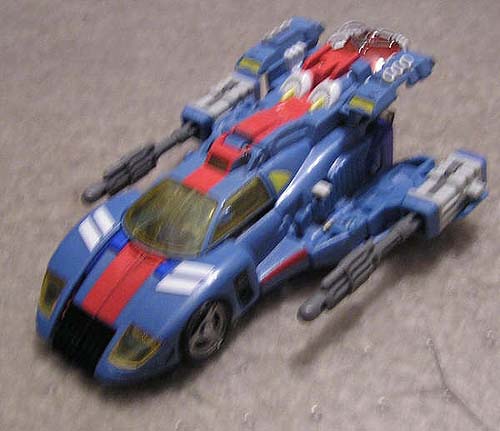 For the most part, Blurr looks the same in his Robot mode as he did in Armada. One noteable exception is in the face. The head now resembles G1 Blurr, which I thought was a nice homage. One other difference is with the missile launchers. Instead of snapping into a pegholder on the forearms, they now slide into each hand. This is flawed in a way, because they end up pointing at an angle. And since he has no vertical shoulder joints to speak of, it looks kinda funny when pointing the barrels straight forward. Also, there are no knee joints or horizontal movement of the hips to speak of. Therefore, you're not gonna get many poses out of him. Also, the Cyber Key function has no point in Robot mode. Personally, I'm gonna leave him in Alt mode and admire him that way. Out of the 4 re-redecos from the Armada era, I find this one to be the only one really worth having. 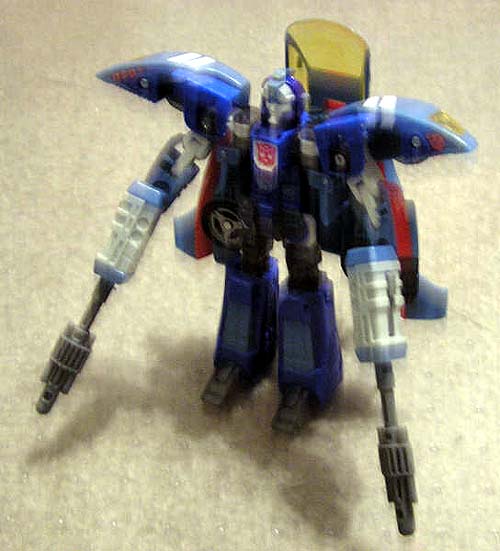