At first glance, it would look like another Autobot name was recycled and used for a Decepticon. There's a half-truth to that. Sky Shadow is a Decepticon on the outside, but in reality it is Jetfire working as a double agent. 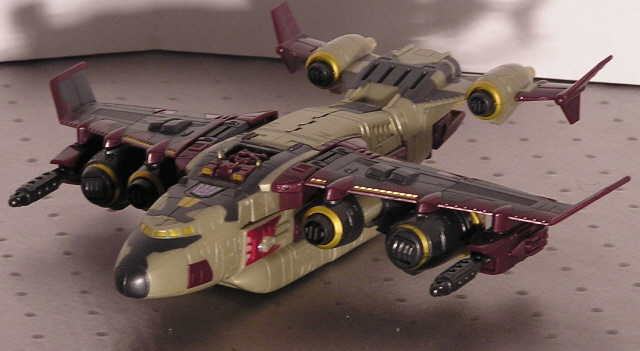 Sky Shadow's Alt form, naturally, is the same as Jetfire's. This is a strict recolor. Nothing new has been added. However, the colors are pretty striking. Personally, I would have opted to call this figure Octane... but that's me. There is mostly khaki and dark gray showing, with some yellow and maroon accents. It goes together strangely well. This Alt mode has always been a nice one to look at.... 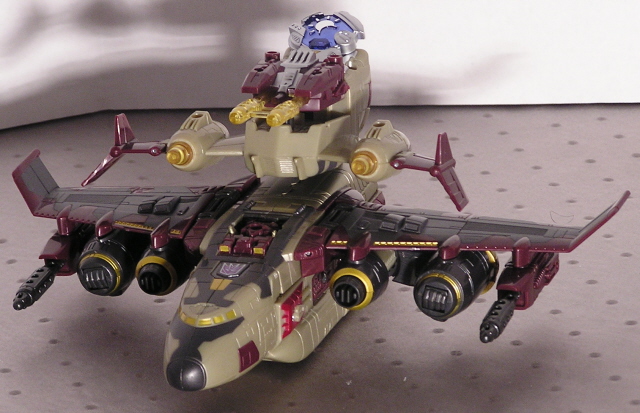 ...until you get to the Cyber Key mode. It's a shame they couldn't work this one out a bit better. However, if he is on the ground it does seem more reasonable. Transformation is identical to Jetfire's. 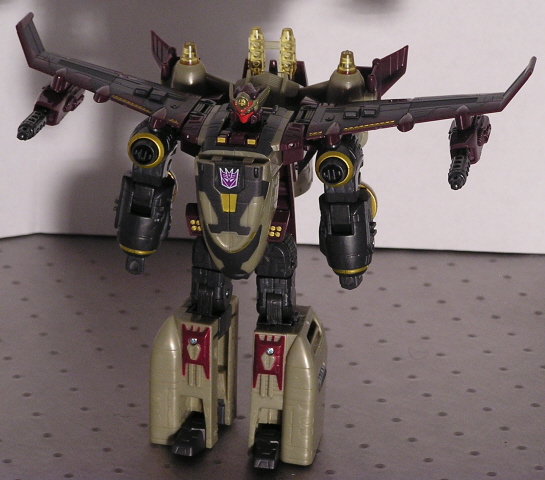 Robot mode is also identical to Jetfire. The face, however, seems to have a much better look to it. It's amazing what different colors can do to the same figure sometimes. This figure has always had reasonable poseability. 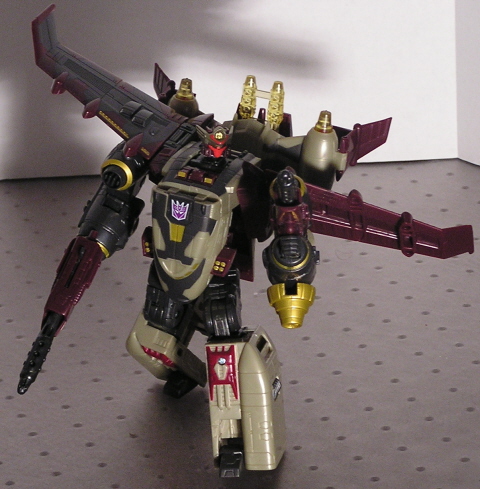 One improvement I wish they made would have been with the wings. They can take up alot of display space. If they gave the wings a folding option like they did LOC Jetfire, it would have added a good amount to the overall value of this figure. 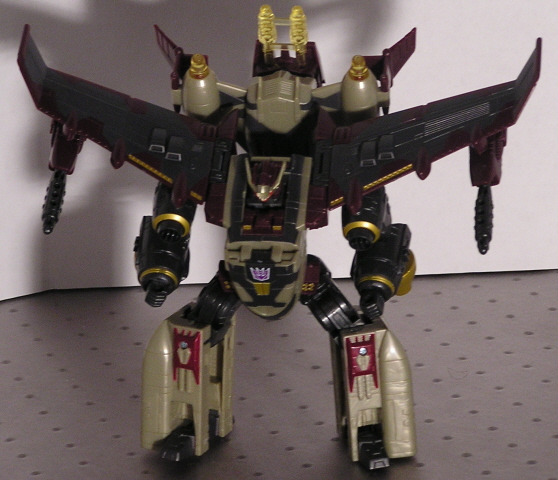 Unfortunately, they kept the Key mode the same as it was for Robot mode. If they just gave the tail some flexibility, this wouldn't look like he was constipated. It really detracts from the playability to have a Key with limited possibilities. Sky Shadow does have some redemption for a good paint job, but it's still the same old Jetfire within.