Japan was treated to a limited production run of a repainted Hot Shot figure named Hot Rod, in homage to the G1 namesake. The US was hoping we'd get the same treatment. We did... sorta. Excellion is a Velocitron warrior with an attitude. 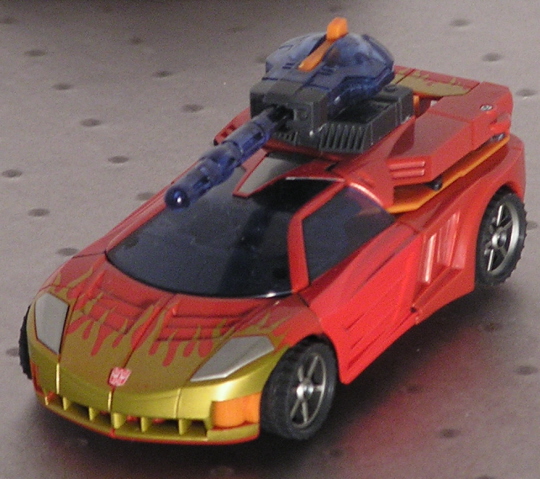 The Alt mode is the same at Hot Shot. Excellion is primarily red with a yellow flame job on the nose and tail. However, it's not a very inspired flame job. I've seen better flames on a cooking range, personally. This figure suffers badly from about QC, as there were several gaps in the body. I thought they were due to mistransformation, but they're not. Also, the doors are noticeably a different hue of red than the rest of the body. Definitely waning QC at Hasbro, which is a shame. Another difference is that they replaced the crystallized headlamps with gray painted ones. Also, the gun is now blue instead of yellow. 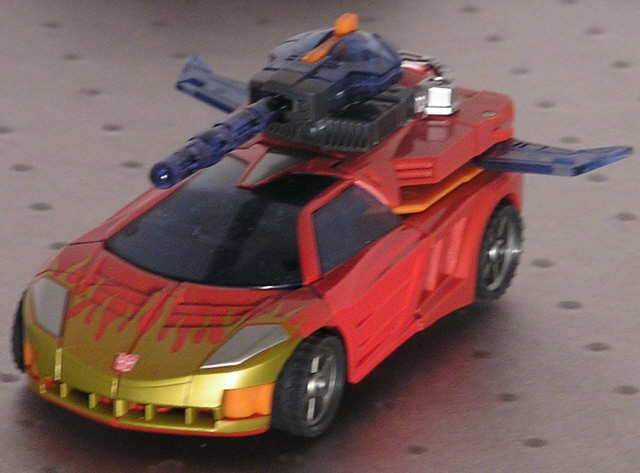 The Cyber Key works the same way as with HotShot. Insert in the back and tailwings sprout out. A decent Key function, but one that does require imagination. Transformation is identical to Hot Shot. 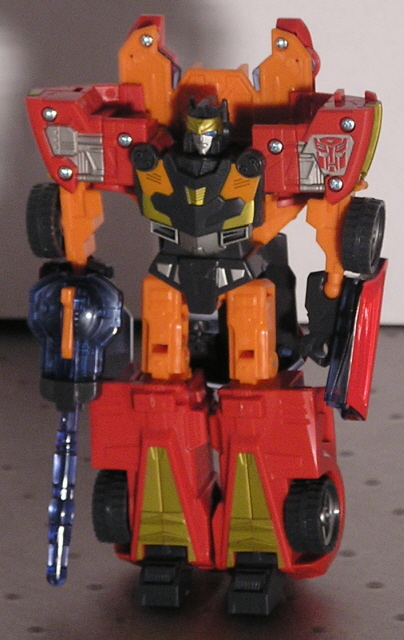 Excellion has some more color variation in Robot mode. The red is still the primary color, but besides the yellow there are also grey and orange showing. This is a direction towards a Hot Rod homage, but not a dead ringer. However, I do like the color treatment on this figure better than Hot Shot. 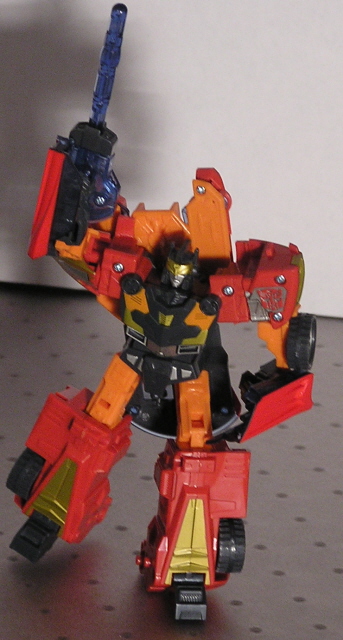 Poseability is the same. The cockpit still gets in the way of better leg poses, and the short forearms limit posing in the arms. However, you can still get some decent posing in. 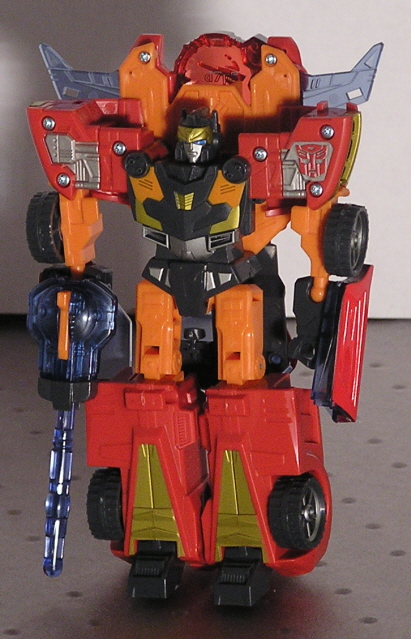 The Cyber Key function is still completely useless in Robot mode unless you have a real vivid imagination. It's too bad they didn't give that function more thought. Unfortunately, this looks like as close as we'll get to a G1 Hot Rod homeage. The figure is virtually perfect for a homeage. Guess we'll have to rely on kitbashings and custom repaints to get there.