Shortround is yet another US exclusive for this line. It's a pleasant change that Hasbro is making not only figures unique to the US, but also figures that seem to be, on the whole, palletable. However, Hasbro didn't have much love for Shortround when they wrote his bio. He is described as a stalker (of Thunderblast), a nerd, a coward and an annoyance. His function for the Decepticons is a transporter. 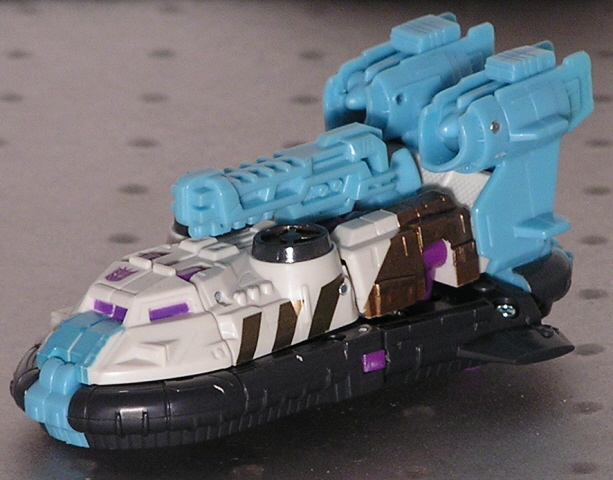 His Alt mode is a hovercraft. Any G1 fan, by looking at this craft, could probably lay bets there is a Seaspray repaint on the way. One can hope, anyways. The overall design of the craft is spot on. There is a centrally mounted gun that does a great job of hiding his robot head. However, the colors are quite confusing. He has a black belly, with teal, gold, purple and bronze accents scattered about. It doesn't make for a terribly eyepleasing hovercraft. There are 3 wheels on the belly so he can be rolled about. 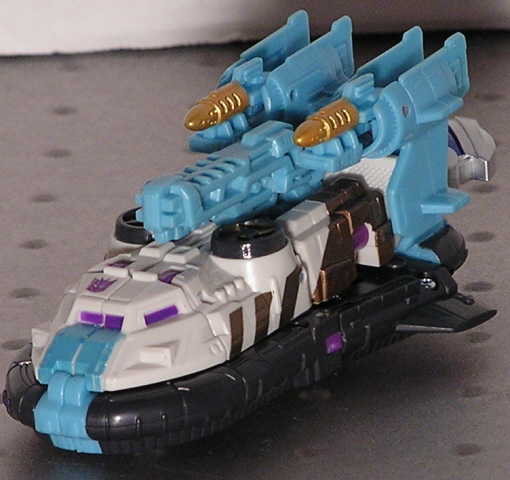 If the center gun isn't enough firepower, inserting the Cyber Key in his back will flip out 2 fusion torpedos from his rear turbines. It's a nice feature that works well. His transformation is so simple, you won't need the instructions. 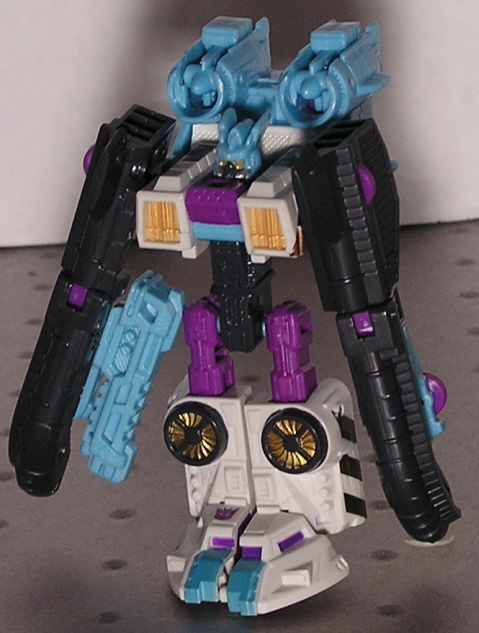 The center gun in his Alt mode forms a hand gun in his robot mode. However, this is somewhat flawed. First, he has no hands. Although he has pretty solid footing, he has extremely long arms that look like they stop. Further inspection will find that the ends of his arms are actually pinchers. Being he is primarily a water type bot, I suppose this is fitting. However, the long arms make him look somewhat odd. Second, they put the peg to hold his gun on the INSIDE of his arm. His torso is similar to Brimstone's, being that he looks anorexic and has a huge chest compared to his abdomen section. One other note. His head is EXTREMELY loose, so if you move him around you will almost always have to reset his head or else it tends to flop back. 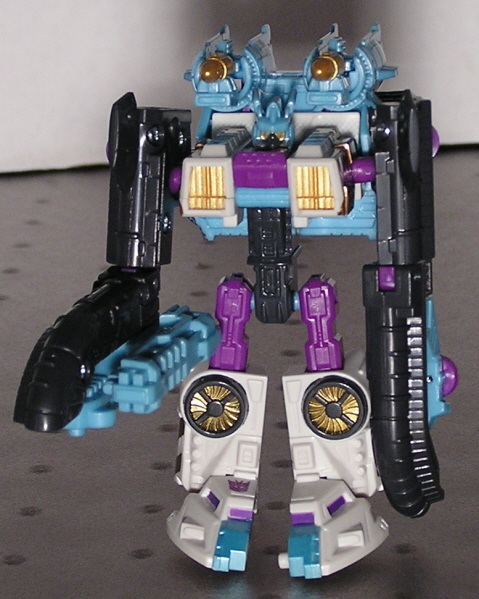 He has somewhat limited range in his joints, especially in the hips, so posing can be somewhat frustrating. The Cyber Key mode works the same here. Overall, he's not a bad little figure. Somewhat garish, but not bad. 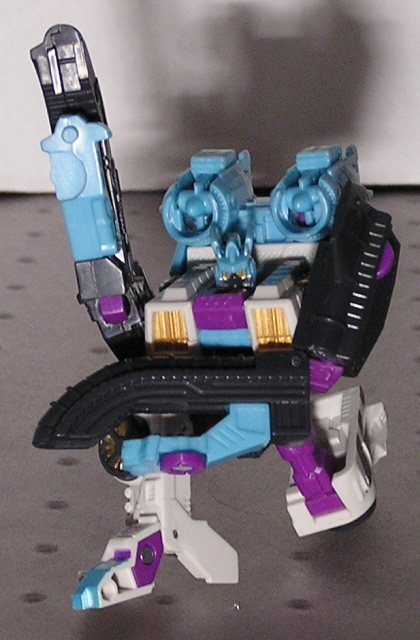