The G1 seekers (known as Starscream, Thundercracker and Skywarp) were fan favorites. If you had one, you pretty much had to have all 3 (or 6 if you count the "coneheads"). Interestingly enough, between the G1 series and Armada, you never found all three in the same continuum. They were reunited in Armada, although Skywarp was slightly modded. When Energon came out, both Thundercracker and Skywarp were MIA. Now, with Cybertron, all 3 original seekers are back together. This review pinpoints the latest Deluxe release, Skywarp. 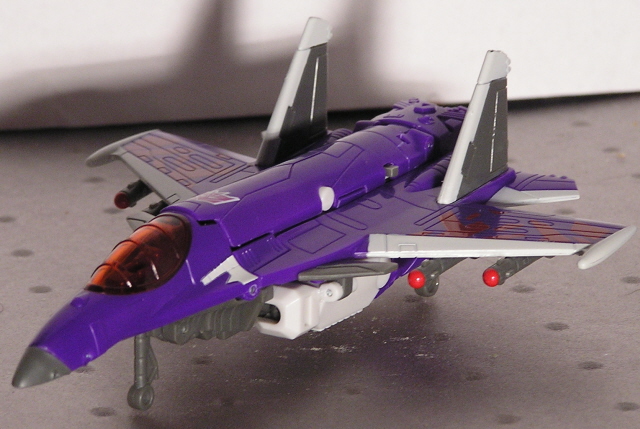 Skywarp is a repaint of Thundercracker in this case. I would have hoped for a repaint of Starscream's Voyager mold, but I suppose it won't happen at this point. Still, the alt mode is great. This repaint takes a turn away from the 'circuit board' style paintjob that Thundercracker had and goes for a more artsy approach. The figure is mostly purple with some red blocks randomly drawn on the wings. There are white acents around some of the edges and the tailfins are gray. The only other change for this mold is that the faction insignia is closer to the cockpit. 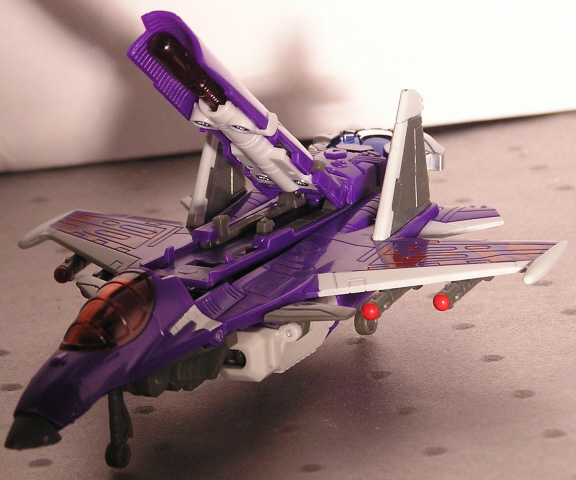 His Cyber Key is also identical to Thundercracker. Inserting the Key will pop out a hidden missile rack behind his cockpit. It works well, although it would have to be more of a ground type weapon. Popping that hatch open while at Mach1 would tear that plane apart. Transformation is the same, a little tricky at first but easy to master. 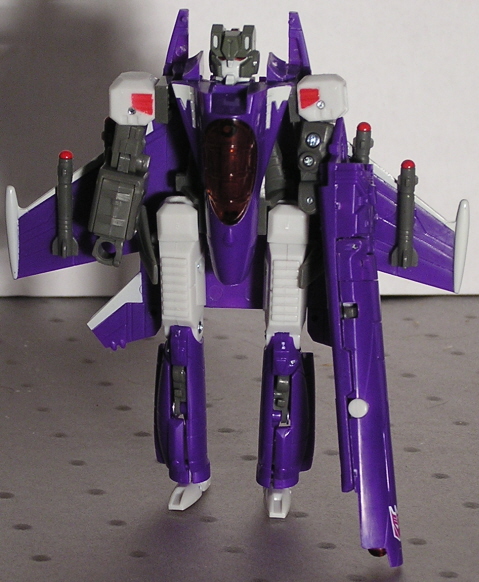 Although Skywarp comes off as an overall cleaner looking figure than Thundercracker due to the paintjob, it's still the same lackluster robot mode. Very limited leg posing, lots of balance issues while trying to pose, and of course that oversized left arm. Unfortunately, the droopy left shoulder syndrome is also still present. This makes it extremely hard to hold any kind of pose with the heavy left arm at all, even if you lay the arm limp by his side. There's very little paint to his face, just a grey cranium with a white face. It makes him look pretty cold and void, quite the opposite from the 'pranskter' he's made out to be in the bio. 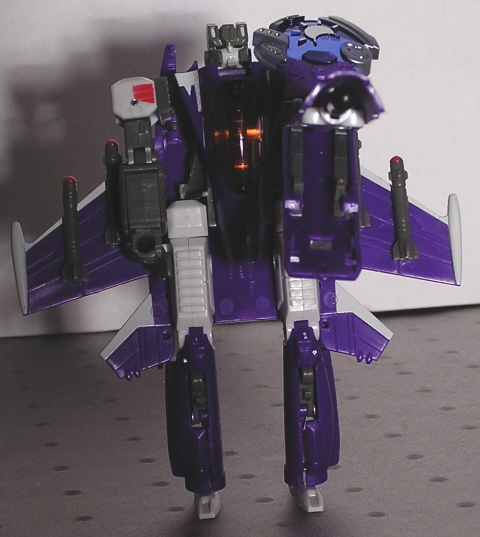 His Cyber Key function works the same way, but since his missile offsets towards the top, it ruins the effect a bit. If the hinge split evenly in 2, that would have given it a greater effect. If you're compelled to have a complete 3pc seeker set again, then this figure isn't too bad. However, if you already have Thundercracker and aren't a completist, leave this one on the shelf. It wasn't a great figure as Thundercracker, and there isn't enough variation to make it any better this time around. 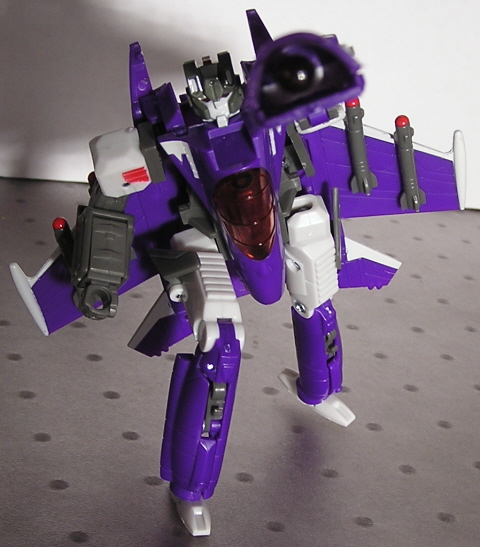