Swindle was a shady one in the G1 days, gladly selling out his teammates for a profit if he could. However, this time around Swindle is being bio'ed as a close combat fighter whose only interest is fighting every last Autobot. 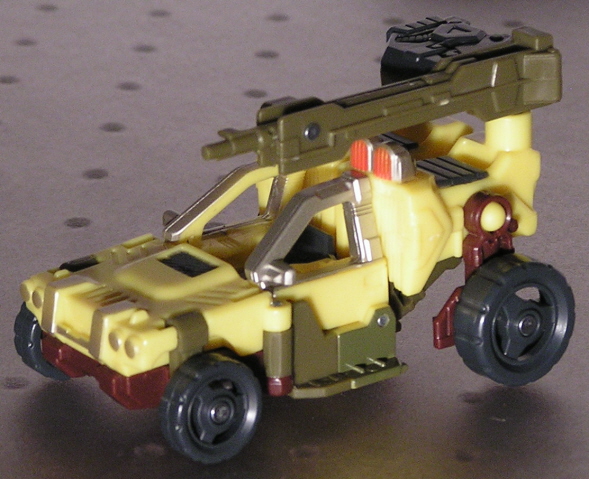 Swindle is a repaint of the US exclusive Hardtop. The green primary paint has been replaced with a yellow color. He has olive green ground effects and some rust and black accents elsewhere. I can't say this is a good combonation of colors. The detail is overall good on this figure. However, he suffers the same setback as Hardtop as the rear end shows a disgusting amount of leg kibble. 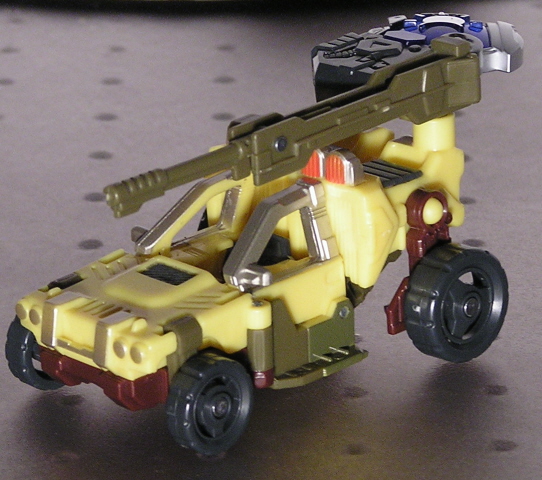 The Cyber Key function remains the same as Hardtop's as well. The Key flips out a barrel to make it a sniper-type rifle, but the barrel tip interferes with a clean sweep. You have to either take the gun off or move it to the side some to activate it. His transformation sequence involves alot of fold overs, but it's not hard to get the hang of. 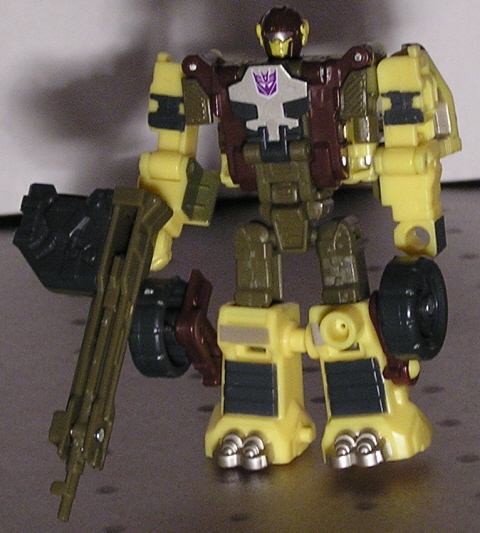 The robot mode is identical to Hardtop as well. More of the olive comes out and less yellow shows, so the figure balances out a bit better contrast-wise. There is now also a Decepticon insignia on his chestplate. The QC was slipping when this particular mold was made, as the face had some overspray issues. Posing isn't much of an issue, as the joints have decent range. 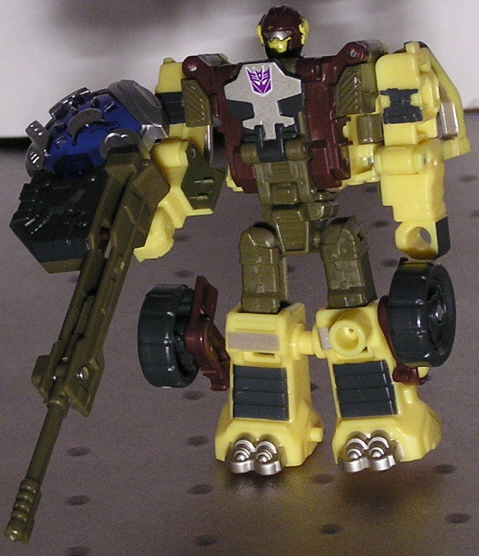 The Cyber Key works the same way in robot mode. Fortunately, it's executed much better in robot mode too. It's a toss up if you want to add this figure to the collection, especially if you already have Hardtop. Although it's not the same Swindle most fans know, it's still a decent homeage. 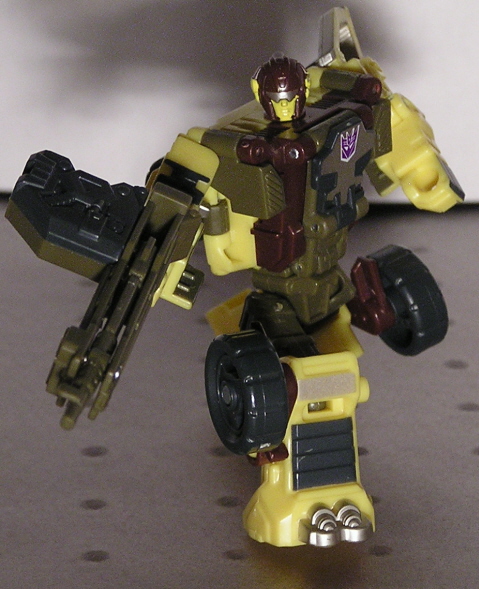