"You can't catch what you can't see!"

It seems that the Alternators line has been injected with a breath of fresh air. Optimus Prime started a new cycle of fresh and NEW molds, and there are 2 other new molds forthcoming... possibly more. Featured in this review is Mirage, the lastest new mold from the Alternators line. Mirage is a aristocrat from Cybertron who joined the Autobots. He has the power to bend light in order to render himself invisible.

Mirage's alt mode is a Ford GT. Originally, he was an F1 series racer. The new generation GT from Ford suits Mirage fine, however. The color scheme is predominantly midnight blue, with white comp stripes down the middle and the sides. A silver Autobot insignia is on the hood, and Mirage wears Michigan license plates with "MIRAGE" enscripted on them.

The Alt mode is both great and somewhat dissappointing. The level of detail is good. The car itself is extremely accurate to the GT, from the gas filler on the right front to the "engine in glass" trunk. However, this is one of the first Alternators that does not have steering action (the Jeep molds were the first). Also, the QC is horrible. The plastic is again a lower grade (due to the rising cost of resin, more than likely). Also, I found numerous instances of overspray that was left uncleaned. 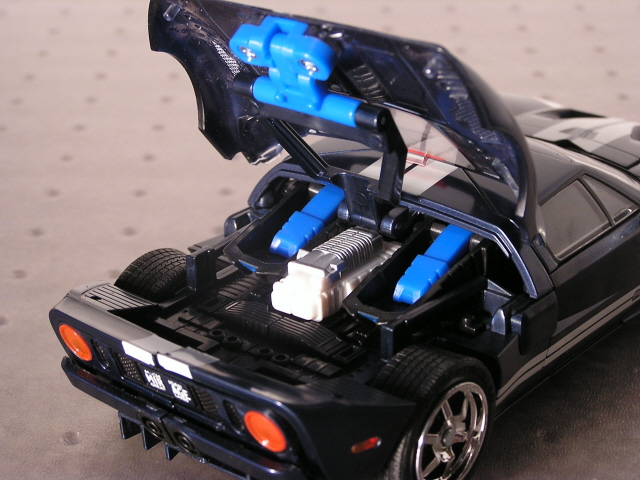 The engine compartment can be seen through the rear hatch glass, but the hatch can be opened for a better view. Unfortunately, it doesn't come with better detail. 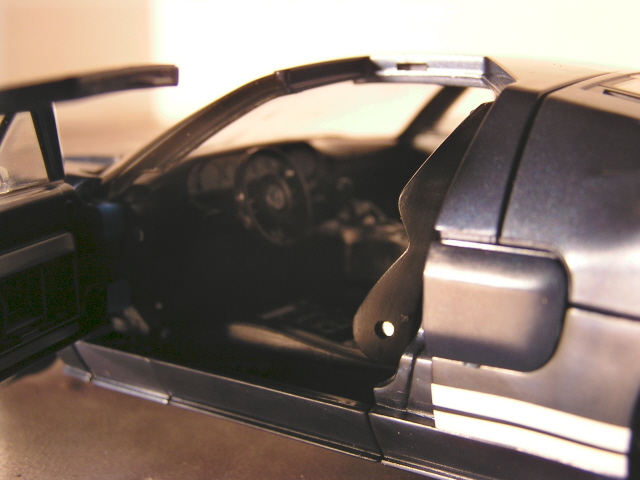 The interior is pretty well detailed and accurate. This was home to a few overspray issues, however, so be ready to clean it up. The transformation is somewhat involved but not very difficult in the end. This is a very unique transformation, so while it isn't too difficult, you might want to peek at the instructions carefully before attempting. 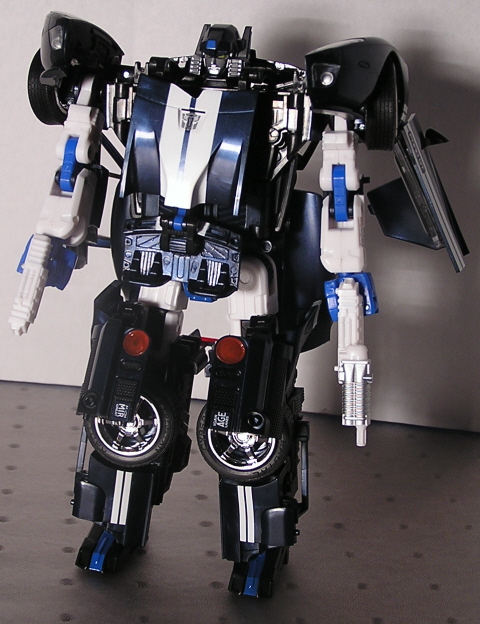 Mirage's robot mode is overall very well executed. The midnight blue is still the primary color, but now some sky blue shows up as well, possibly a homeage to his G1 paint scheme. The engine splits in 2 and forms 2 weapons. One is a stock laser rifle while the other seems to be more of a scope rifle. The weapons are pretty small and make you miss the missile launcher that G1 Mirage had on his shoulder. Mirage has a wide range of joints, meaning he has some great posing ability. 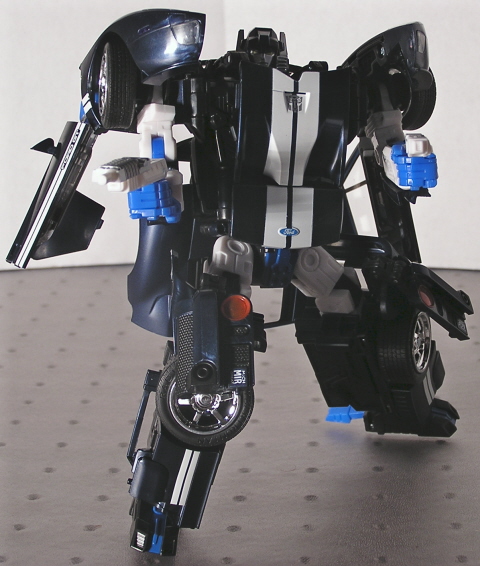 QC also has affected the Robot mode as well. Mainly, mine came with 2 left hands. Finally, there are 2 ways to wear his abdomen plate. The stock pose you saw first is the official method. The action pose shows the Ford emblem and the front hoodpiece instead. I personally like the latter, but as always, it's a matter of personal taste. Mirage is another fine piece to add to the Alternators collection, mainly because he's a new mold. However, it seems that QC continues to falter on this line. Hopefully, they find out what's causing the problems and stop it.