Unicrom was introduced with the animated Transformer movie in 1986. An almost systematic machine, Unicron floated throughout the universe literally eating planets whole. He had set his sights on Cybertron, but the Matrix of Leadership put him out of commission. Unicron resurfaced again as the main plot line for Armada. He essentially had the same mission: Destroy Cybertron. Twice he tried, twice he failed. In Cybertron, Megatron uses parts of Unicron as his own armor. However, Unicron was still in existence and reformed in order to build himself back up and finish what he started out to do long ago... 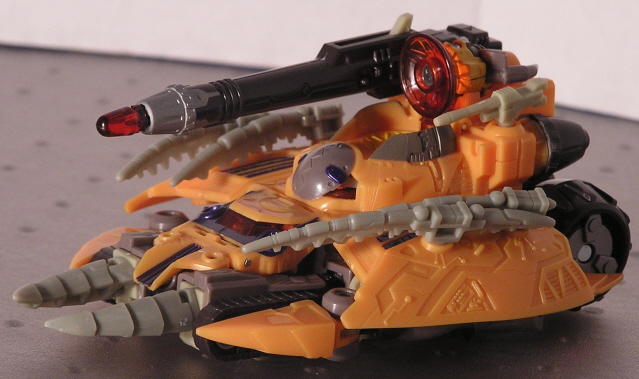 Unicron's Alt mode is a futuristic tank. The tank has alot of familiar bits on it to instantly distinguish it as Unicron. Doesn't hurt that the basic color scheme of caution orange and light gray are present as well. The front pinchers, the spikes on his sides and the jaw on his chest are very familiar indeed. There is tons of detail on the outer armor of this figure. The overall look of the tank is pretty surreal. You have treads on the front (just molded, with 2 rollers on the bottom), but there are oversized wheels on the back. He has what appears to be a radar dish on top. 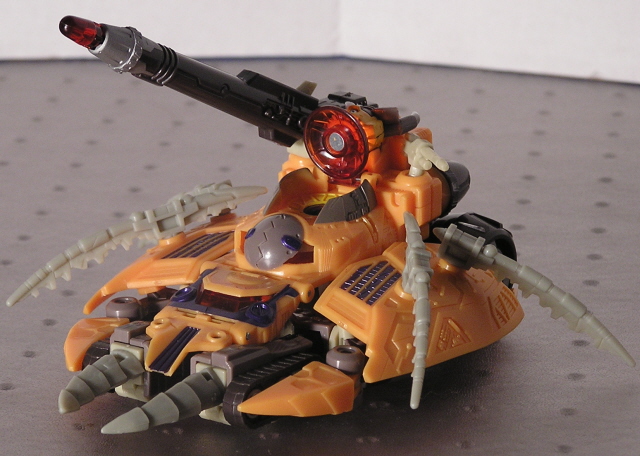 On his right side, there is an anti-proton cannon that features a launchable missile. The barrel has vertical movement, but sadly very limited horizontal movement due to obstructions. On the left side, there is a laser turret. The turret has more moveability than the cannon. Also, the spikes can be rotated in different angles for a wide range of effects. 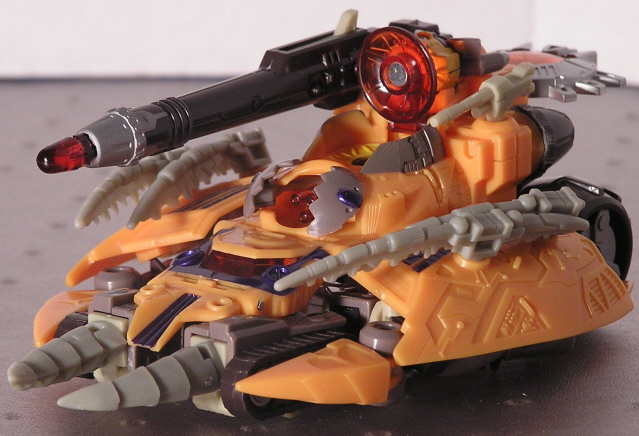 One thing I can never understand is how Unicron always gets lumped with Decepticons. He is his own master... so you'd think he'd get a unique key. This is not the case, as he is issued a Planet X Decepticon key instead. I find that to be a bit of a letdown. At any rate, inserting the key in the rear will split the front jaw in two, exposing a triple cannon. This is a nice throwback to the anti-proton missile that was in his chest in the Armada/Energon molds. Unicron is not overly difficult to transform, but it does take some study of the instructions. I have seen pictures of a Battle Station mode, but the instructions show no such mode. Therefore, it has to be a fan-based mode. Nothing wrong with that, but I don't remember the configuration so I can't duplicate it. 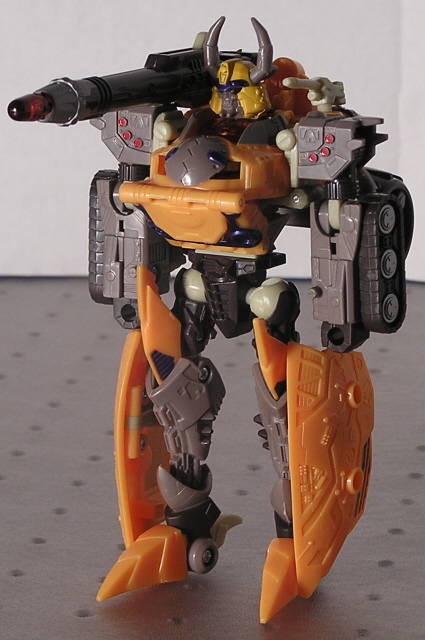 Unicron's Robot mode is actually better than I envisioned it. There has been much talk that this would make a perfect Bludgeon repaint. I actually agree with that. The face in particular is a venerable copy of the Bludgeon's Pretender shell face. Alot more grey shows up in this mode. He shares the look of death that Soundwave and Sideways has. Perhaps this is why he has a Planet X key. 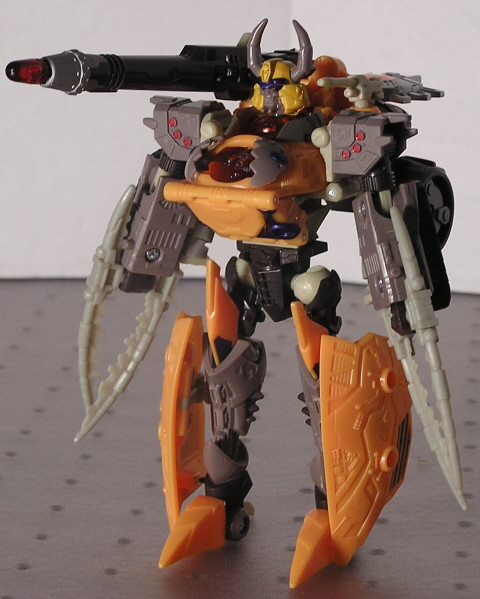 Unicron has a good range of joints, including floating ball joints on his hips. The plus side is that you can pull off some very nice poses. The bad part is that these joints are somewhat loose, so it's anyone's guess as to whether the poses will sustain themselves. The Cyber Key has the same function in robot mode, which is still a nice touch. Overall, I have to say that I find this figure better than I initially expected it to be. It's definitely a unique mold and while not the stature of the original Unicron, they captured everything that made Unicron what he is. 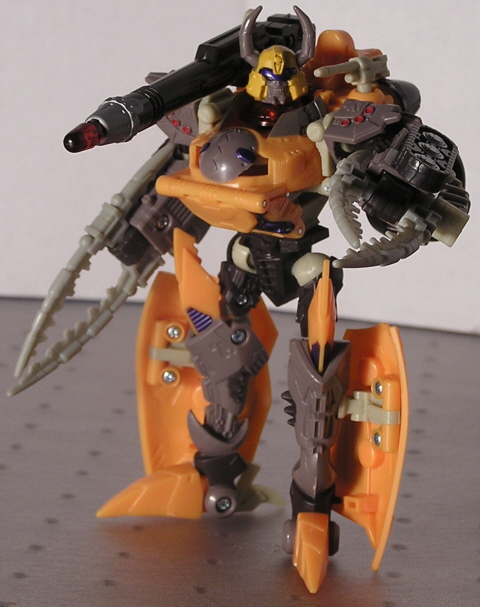