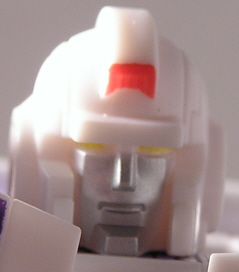 "The enemy's weakness is uncertainty"

When Astrotrain was released, it was a new gimmick for the G1 line. This was the first time a TF figure had the official ability to switch between three forms. Astrotrain was especially appealing since both alt modes were extremely realistic looking. While the triple-changing aspect has surfaced occasionally, the execution has never been done as well as with G1 Astrotrain. With the Classics line, Astrotrain is back doing what he does best: 3 modes. 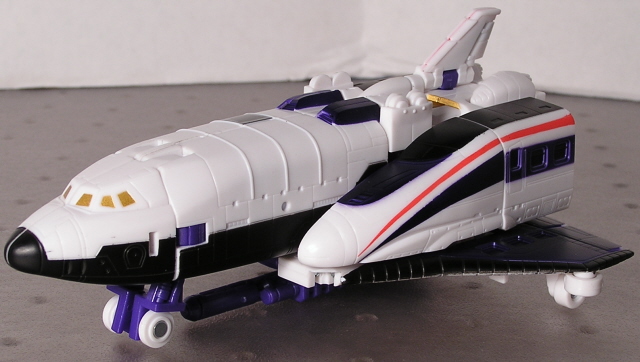 Astrotrain's first alt mode is a shuttle. The shuttle closely resembles a NASA Orbiter. The color scheme is also closely resembling same orbiter with a white body and black belly. There are also purple, black and red accents. 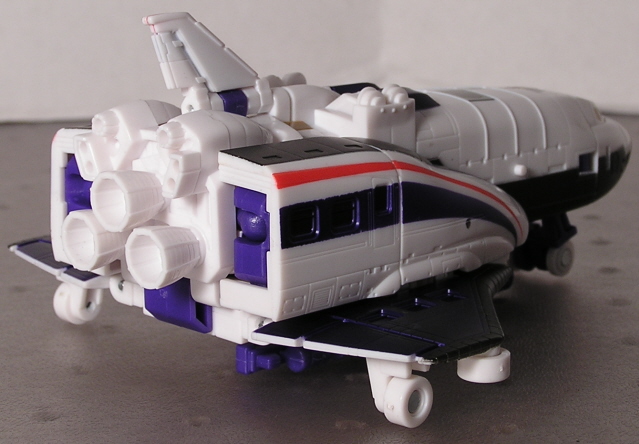 The shuttle is done well with retracting front landing gear and 3 booster rockets in the back. Astrotrain's weapon mounts under the belly of the shuttle. The only real complaint with the shuttle is the tailfin. It seems way too small to be of much use. Astrotrain sports a rubsign on the roof where the payload doors would be. Transformation between shuttle and train mode is pretty simple. 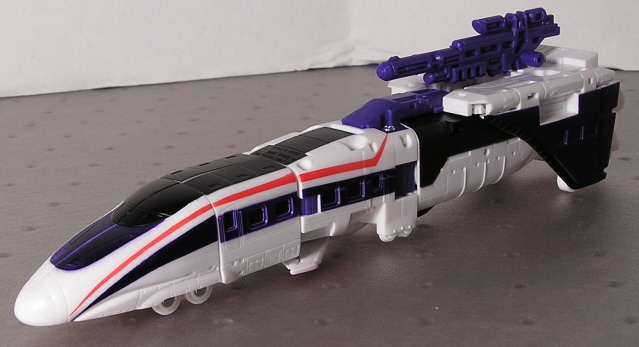 The train mode is modeled after the bullet train, or "Shinkansen". This is the mode that seems to get the most criticism. While the front portion of the train is very sleek and accurate, the rear end tends to look cluttered. There are gaps abound where the shuttle wings fold over to form the rear of the train. 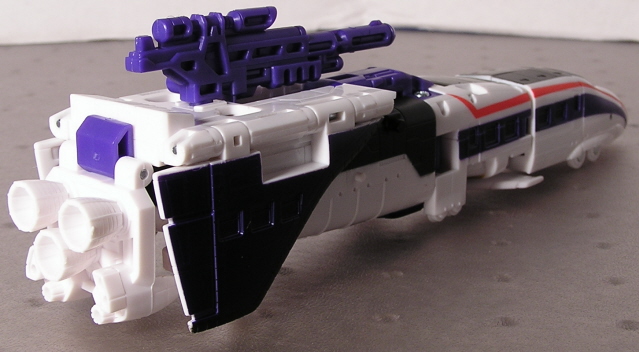 The gun can mount on the rear of the roof in train mode. Due to the transformation, the rubsign is hidden from view in this mode. Out of the 2 alt modes, the shuttle mode is definitely better executed. The train mode has merit, but the lack of streamlining make it suffer some. Transformation from train to robot mode is also fairly simple. 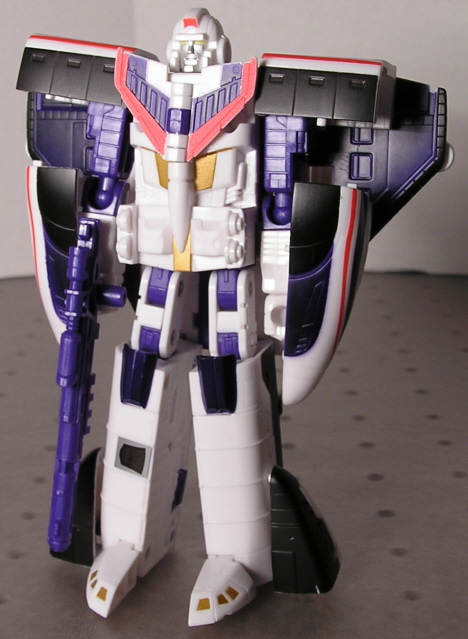 Astrotrain's robot mode has a lot of cues taken from his G1 mold. The shuttle mode front end forms his legs with the rubsign on his right shin. His arms extend out of the shuttle's rear and the boosters form his backside. The shuttle's tailfin spreads out over his chest. There is some gold that comes out in robot mode, including the chest and eyes. 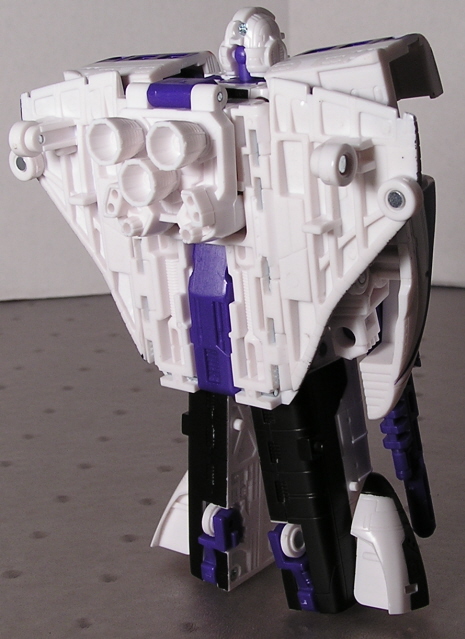 His head is mainly white with a silver face and gold eyes. Although (like Starcream) his face is unpainted, there is enough detail (unlike Starscream) to make his face stand out a bit. His ionic displacer rifle is almost an carbon copy of his G1 rifle. An improvement from the G1 mold is that his arms are now proportionate to his body, not stubby like the former. 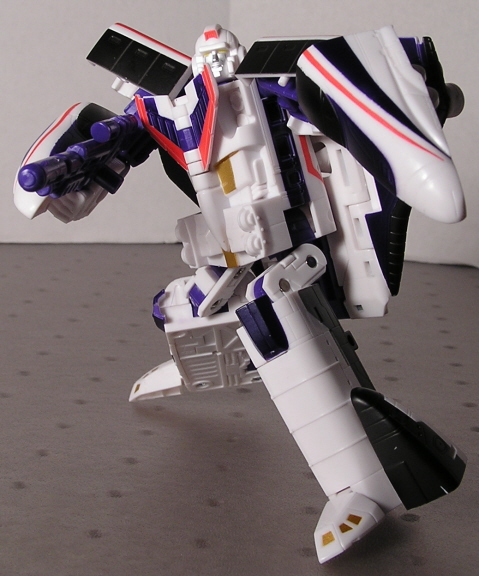 Also, unlike his G1 figure, there is some very nice poseability. His legs feature a full gauntlet of movement including knees and hips. The waist remains stationary. The shoulders and elbows also offer a wide range of movement. However, they are ball jointed so depending on QC they may be loose. One thing that was definitely loose was the train nose kibble on his forearms. It was hard to keep them extended out since they don't lock in place. Overall, this is a very nice homeage to the G1 Astrotrain. Had the train mode been thought out a bit better, this would have been a perfect homeage.