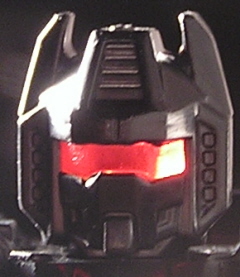 Grimlock has been a G1 fan favorite for as long as he first appeared. Perhaps because he shares traits with another fan favorite known as Starscream. Traits such as arrogance and vanity. However, Grimlock hasn't gotten terribly good treatment lately. He was a construction vehicle in RiD, then made a lukewarm return in Energon. Grimlock finally gets some needed attention in the Classics line. 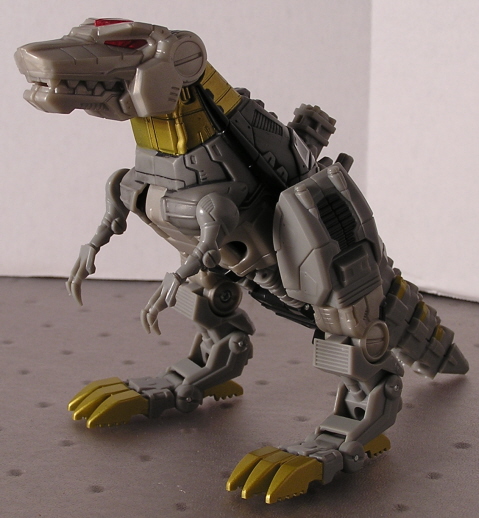 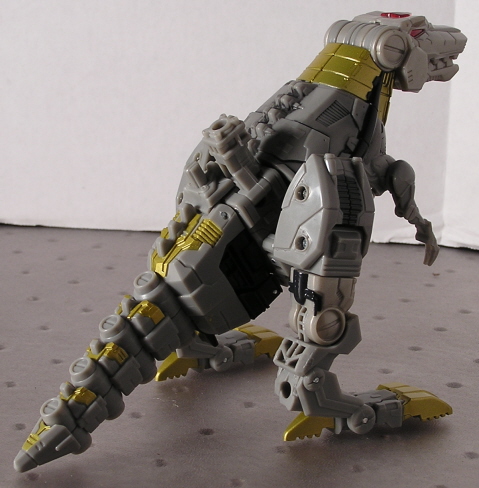 Grimlock's alt mode is a Tyrannosaurus Rex. He is mostly grey with gold and black accents. His eyes are red, and since he has piping they look especially nice. The face has more of a raptor look than any of his predecessors. His jaws open and close, but this is mostly due to his transformation which I'll get to later. His 'arms' do not have any elbow jointing, but since those little arms were useless for a real life T-Rex, I suppose there would be no point in jointing them here. The legs and feet have very good jointing. Some have complained about the 'chicken' feet, but if you look at a real T-Rex, Grimlock's footing is pretty close to real. 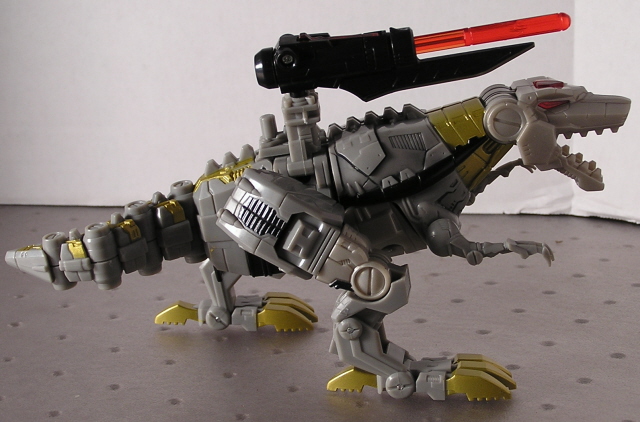 Grimlock's tail is jointed in 4 locations and can give a variety of decent poses. I thought the tail too short, but I suppose it would have got in the way if any longer. One disappointment is that his chest is visible on this left side, giving his alt mode a sort of assymetrical look. The other disappointment is with the stalk on his back. This is used for this weapon. The weapon might serve good purpose as a ground-to-air weapon, but it just looks silly mounted on his back. His transformation is a touch tricky and not at all like you would imagine it, especially in the torso area. It's not hard to learn, though. 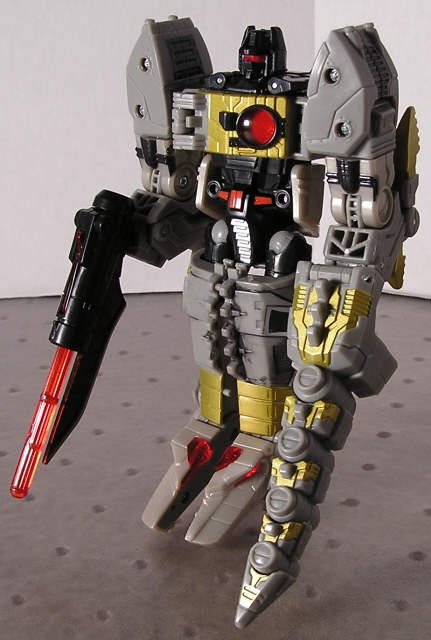 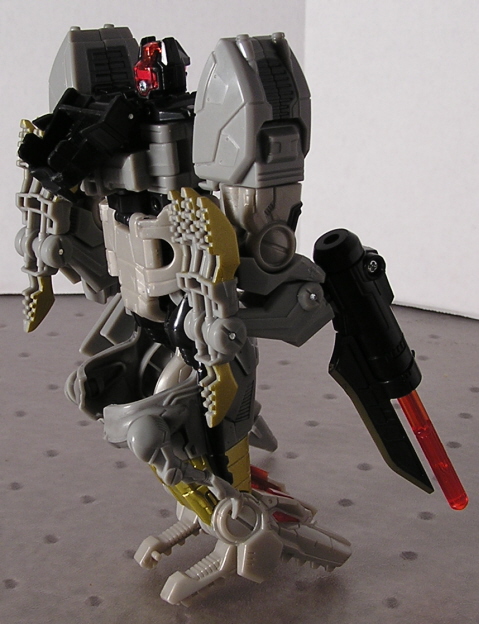 His robot mode is definitely a switchup from his G1 days. He retains the mostly silver with gold accents for a color scheme. His chest has a big, red orb on it. The tail comes off and forms a whip. The weapon, called a guardian blaster, can fit in either hand. It's basically a missile launcher with a bayonet. Sorry, no Energo-Sword this time around. The shoulders are sadly undetailed with 2 blaring screws to look at on either one. However, his robot mode screams strength and the head sculpt is excellent. There is red piping for his eyes in this mode as well. 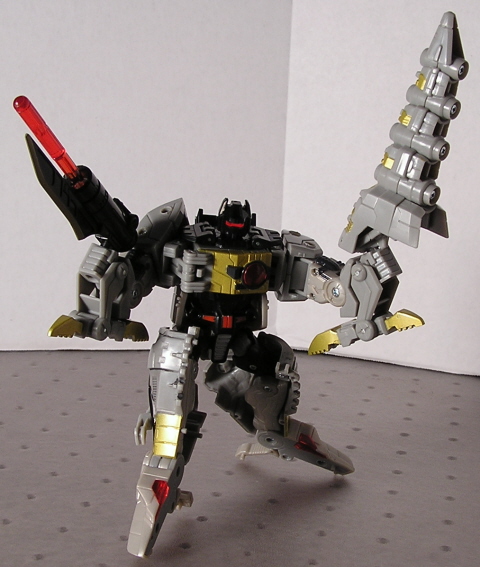 Unfortunately, some of his bulk hampers his full posing capability. The arms in particular hurt, being that he has extremely short forearms. The shoulders have decent range... so long as you don't mind them coming loose from their mount to the torso. Once you figure out the limitations, there is actually a good range of motion with this figure. While perhaps not the Grimlock people were hoping for, it's lightyears ahead of the Energon offering and every bit as good as the G1 mold. For now, this works just fine for me.