"We bring light to the darkness"

During the Armada series, a Minicon team was released that had a squad car, a fire engine and a helicopter. History seems to repeat itself at times, as now there is a new Minicon group, the Night Rescue Team, that has the same basic lineup. 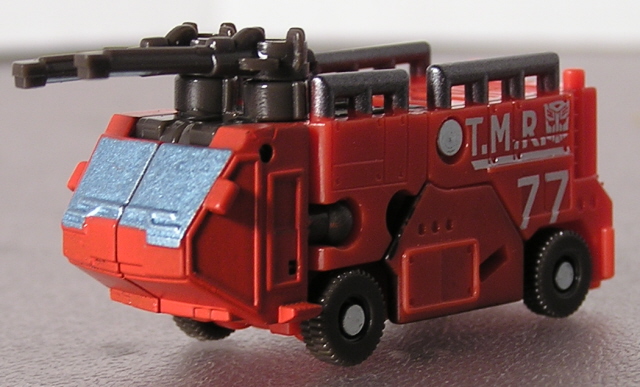 Oddly enough, Firebot once again is the name of the fire engine. He has the same basic look as he did in Armada as well. Primarily red, he has dual water nozzles on top of his cockpit. There is a Minicon port below his belly. 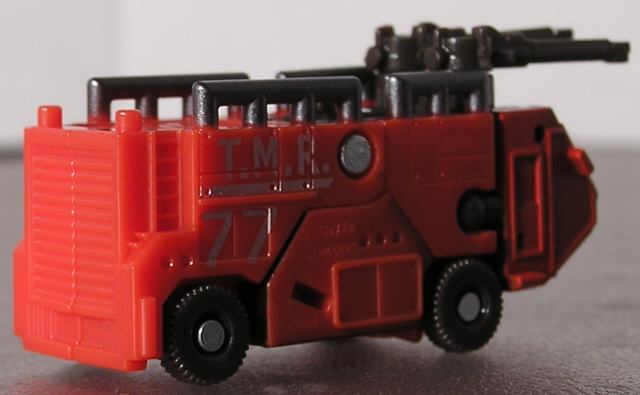 The detail is actually pretty nicely done. They even molded wiper blades into his windshield. He has TMR 77 stamped on his rear, along with his insignia. I'm guessing TMR means Transformers Mobile Rescue? Transformation is pretty easy. 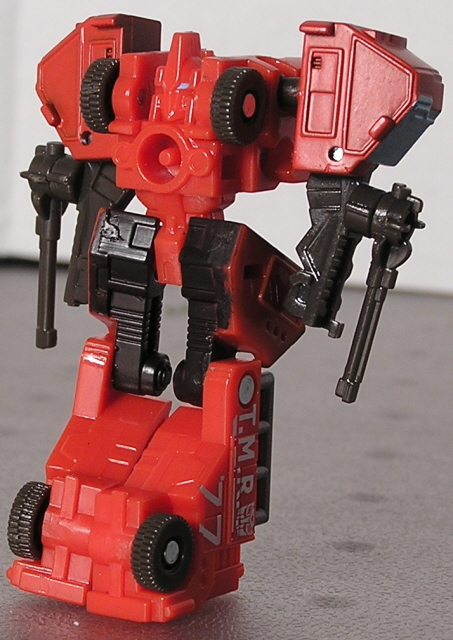 His robot mode is one of the best Minicon robots in a long while. Almost makes you wish this was a deluxe. He is still primarily red, but now has black on his limbs. 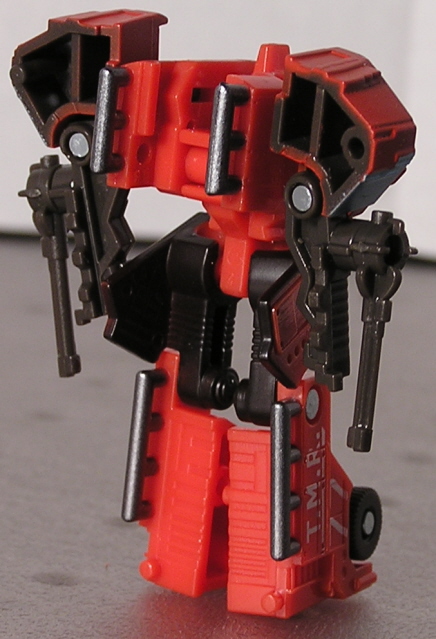 The water nozzles are now positioned on each forearm. His knees do bend, and he has good movement in the hips and shoulders. Definitely the best of this team.

Strongarm has the alt mode of a police squad car. He is primarily black except for this roof mounted lightbar and the scripting that reads Police District on his front fenders.

He has an Autobot insignia on his hood and his Minicon port is on his belly. The design of the vehicle is interesting, more of a fastback. Transformation is a little tricky. You basically split him in 2 and fold him back. 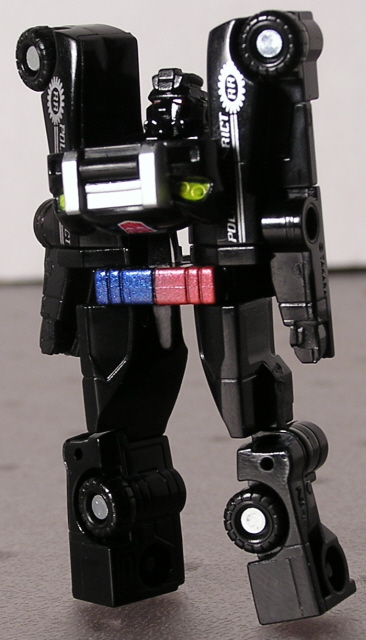 His robot mode remains almost all black. Too black, to be honest. You almost can't even see his red eyes.

Posing is almost nonexistent as his joints are set up in the wrong direction, especially in the knees. All the same, his unique transformation gives him a different and nice robot mode.

Divebomb is an assault helicopter. This is the first time in my memory that the name Divebomb has been used for something other than a bird... or a Decepticon for that matter. He wears his Autobot insignia behind his main rotor assembly.

He is mainly blue and silver with some red accents on his rotors. The tail rotor and main rotors both spin freely. Divebomb also has the TMR 77 on his wings. Those wings also sport a multi-warhead missile launcher. Transformation to robot mode isn't as easy as it might look, but is still simple to grasp. 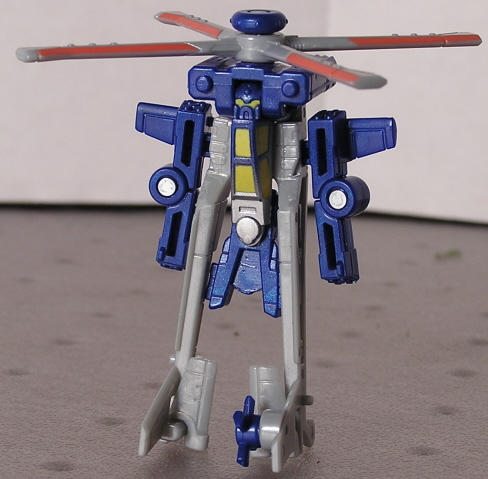 His robot mode is a mixed bag. Obviously, the first noticeable thing is that his tailwing makes up his legs. It unfortunately tends to throw the whole aestetic of his robot mode off. 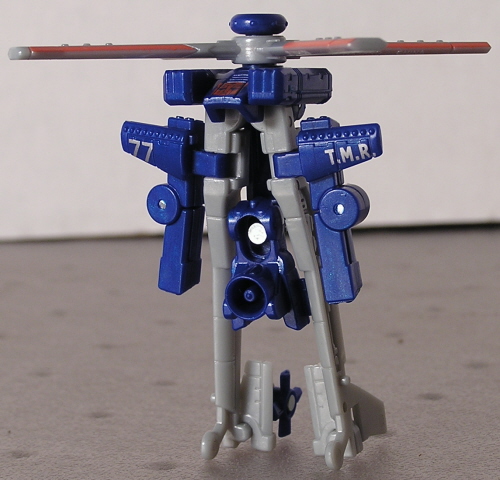 Otherwise, the figure looks pretty good. Sadly, there is limited jointing for this mode and therefore is only a standing figure.

The Night Rescue team not only has some good looking alt modes, but some interesting transformations as well. Definitely worth a purchase.