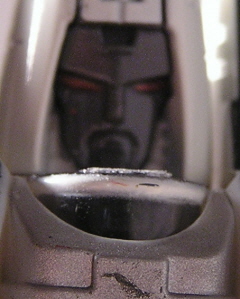 "There ain't nothing around harder than my head!"

Ramjet has seemed to only get attention in the minicon world lately, being paired up with Tidal Wave. However, in Classics he returns to his G1 roots by being a 'conehead' seeker. You might think this is a simple repaint of a Starscream or Skywarp, but it's not.

Ramjet's color scheme is white with red and gold towards the rear. For the most part, he shares alot of parts with the other 2 seekers. However, there are a few noticeable differences. First off, the nose of the plane is shorter. This allows for the 'conehead' transformation. One downfall of this is actually a throwback to the original figure: The head shows on the bottom of the nosecone. 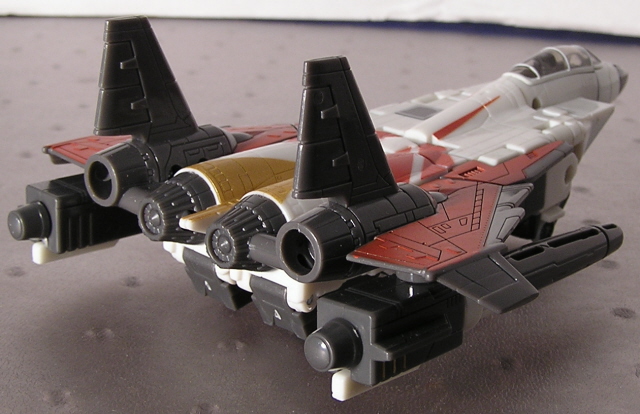 Another difference is in the wing design. Besides the obvious wing design change and the addition of boosters with tailwings, the wing section is stationary and does not "flip over" like the others. However, you can pivot the wings vertically. Interestingly enough, you can flip the wings towards the back. I am still thinking of what purpose this might serve. Transformation is similar except for 2 areas. One, the wings do not get flipped over. However, the leading edge of the wings can be folded back. Secondly, the nosecone turns to reveal Ramjet's head. 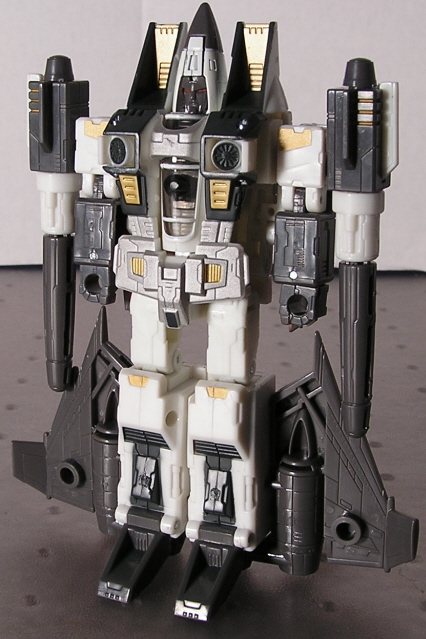 While 90% of this figure is the same as Starscream, the few changes to the mold make a difference in this figure. All the red from the figure is now gone replaced with more gray. The face is very different from Starscream's and looks more like the G1 Ramjet issue. 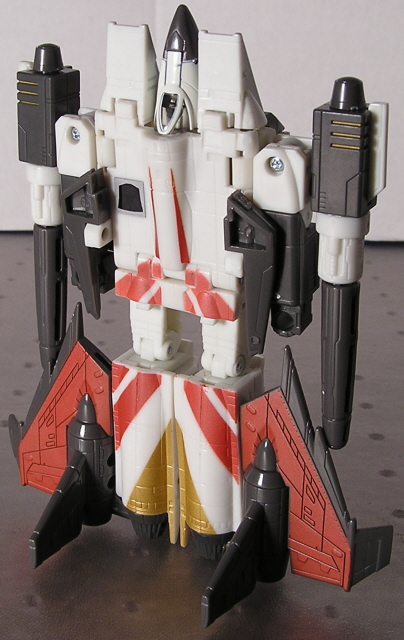 The last difference with Ramjet are the missiles. They are noticeably stockier than what the other 2 seekers have been outfitted with. With Ramjet, the seeker collection is now 50% complete. Whether fans will realize the other 50% being released will be a matter of time and of Hasbro's marketing will. 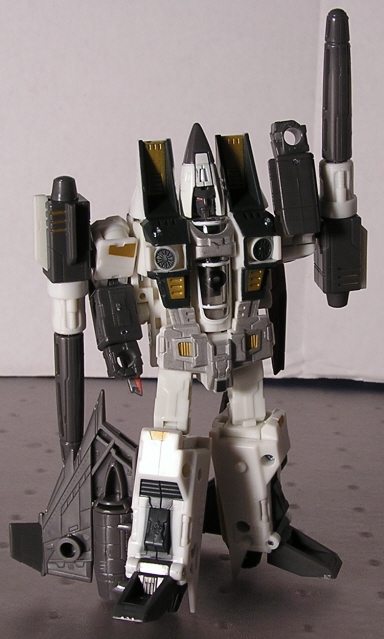