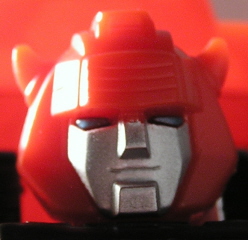 Cliffjumper was a 'twin' to Bumblebee in the G1 series, but only in robotic appearance. Cliffjumper was more of the gung-ho type, which he seems to retain in the Classics line.

Cliffjumper's alt mode is identical to Bumblebee's. Although his paintjob is primarily red, it looks like 'Jumper was a victim of a drive-by paintballing. There are silver splotches all over his body. Also, whereas Bumblebee's headlights were clear, Cliffjumper's are blue.

From the back end, the noticeable difference is that his taillights are smoked out. Bumblebee had the 'legal' red taillights. Makes you wonder if Cliffjumper is trying to appeal to the "hip" crowd. As with Bumblebee, Cliffjumper sports the Wave Crusher. 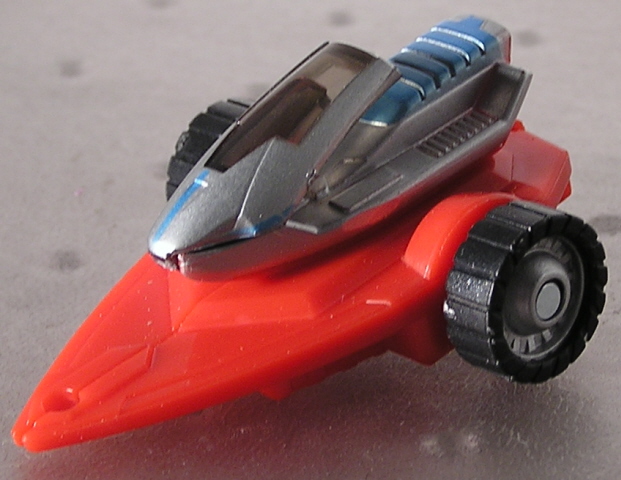 Cliffjumper's wave crusher is silver on a red trailer with blue seats. This can be transformed to become a jet pack that can slip on his back. Interestingly enough, the bio says he wields his G1 type Glass Gas gun. However, there is no gun to be had. Transformation is identical to Bumblebee's. 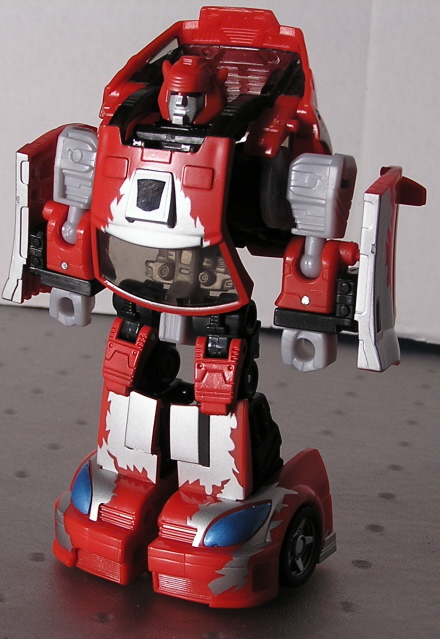 His robot mode is exact to Bumblebee's, right down to the smile on his face. The red and silver motif continue in this mode. I would have preferred black limbs, but you get what you get I suppose. 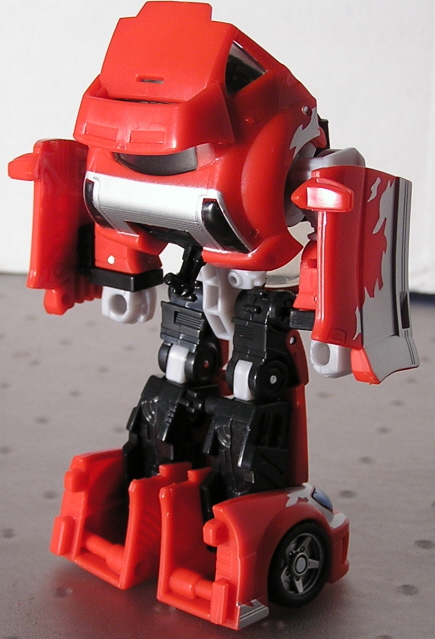 Cliffjumper is a good mold, but the over-the-top paint job ruins the aesthetics of it some. For those who are completists or want to reunite 'Bee and 'Jumper, this is your chance.