While some have argued that minicons have no place in the Classics world, nonetheless we now have a second wave of the little guys springing out. This review covers the Clear Skies Team, the only Autobot offering for this wave. They are bio'ed as liberators of the skies, working to keep the air free of pollution, and subsequently Decepticons.

Thunderwing is another name pulled out of the G1 hat. However, the only resemblance this minicon has to the G1 namesake is that they are both aircraft. Thunderwing's alt mode is a military jet. Color scheme is mainly blue with yellow on the tail section and fuselage. Autobot sigmas are on both wings.

The minicon port doubles as his engine. On the other side of that port is his robot head. The wings feature a sweepback design similar to Jetfire's so they can be moved. Landing gear is molded to the belly. The design is very nice overall. Transformation is relatively easy. 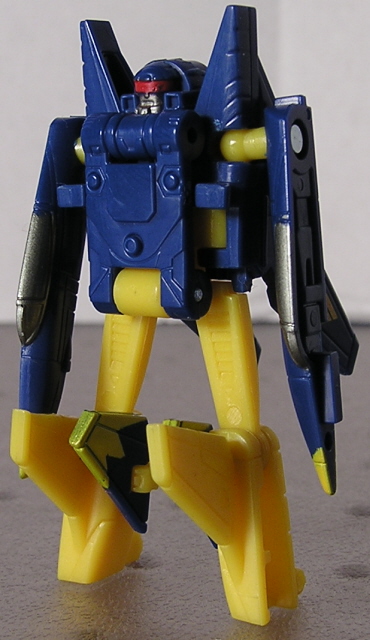 His robot mode is interesting. The cockpit splits in 2 and forms his arms. There is a trace that he might have hands on the outer section of the arms. His torso is all blue and rather plain looking. His legs used to be the tail section and give the figure a sturdy footing. 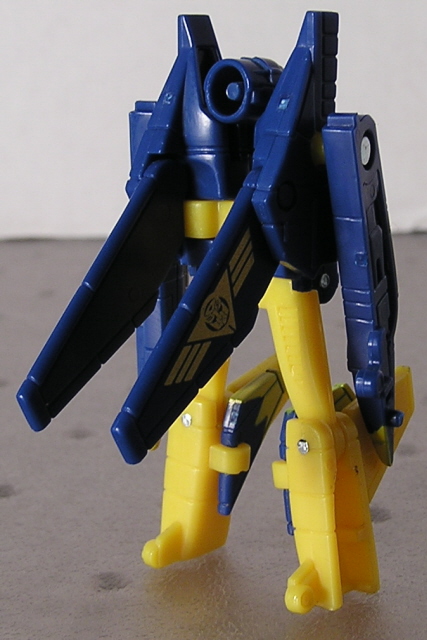 His head has very nice detail to it. The fuselage folds up behind him. Overall, this is a nicely done minicon and perhaps the best executed of the group.

Steel Wind's alt mode is modeled after the A10 Thunderbolt, which Hasbro has used alot lately. The color scheme is mostly silver with some rust accents. Twin cannons are mounted on the nose and Autobot sigmas are on either side of the cockpit.

His minicon port is located on the belly. Warheads are molded onto the fuselage of the craft. Like Thunderwing, Steel Wind has landing gear molded to his belly and fuselage. This is another alt mode which is very nicely done. Transformation is somewhat tricky but after the first go, it's easy to remember. 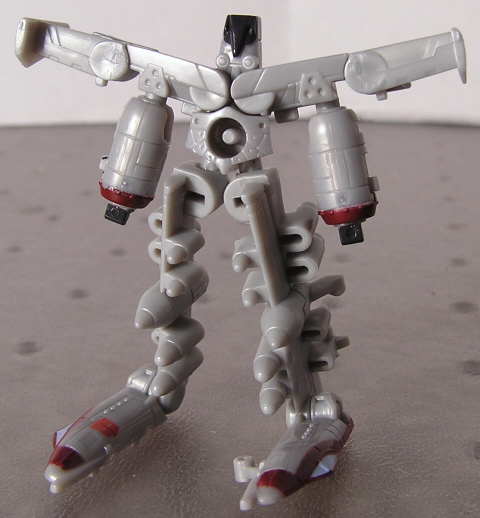 Steel Wind's robot mode is, to say the least, different. His feet, which was the cockpit, are HUGE! This does help to keep the figure standing stable, but looks too disproportionate. Also, the jointing for the legs makes it somewhat awkward to stand the figure properly. 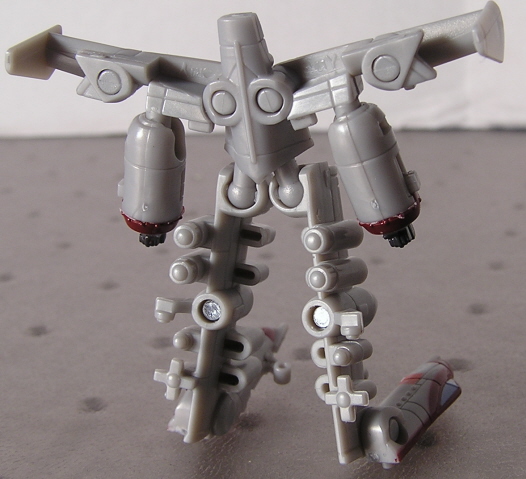 The arms are actually pretty well done. There is a lever which exposes fists from the engines that form his forearms and there is good jointing there. His head is rather plain looking. Almost looks like something from Easter Island. Overall, not bad but the Alt mode is the better of the 2 modes here.

It seems that with the Classics minicons, there's always one member that seems out of place. In this case, that would be Nightscream. His alt mode is a winged dragon. While being an airborne being, it seems odd to have a mythical creature flying amongst side modern aircraft. Nightscream's color scheme is mostly red and orange with some black accents and a yellow belly. 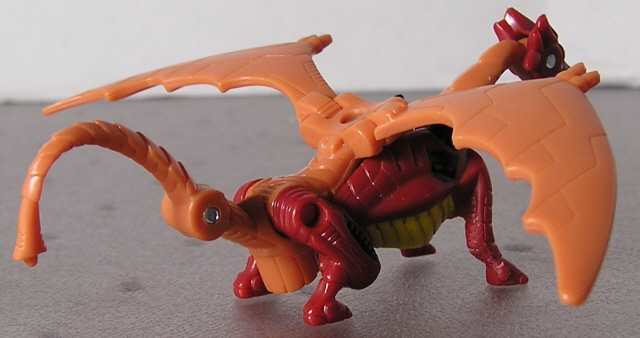 Nightscream does have some nice features. His jaw can open and close, his wings can flap and his tail is moveable. The base of his tail contains his minicon port. The alt mode is well done. However, his transformation sequence is a bit muddled. The tail section keeps catching and tends to snap off. Fortunately, it's easy to put back on. 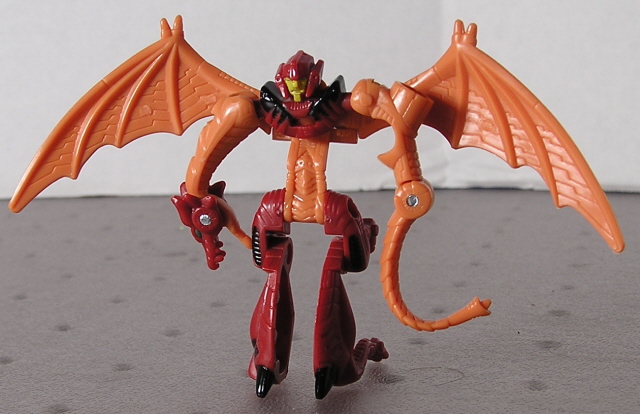 Although there are certainly worse figures out there, the aesthetics of Nightscream's robot mode certainly rank it on the top 20 in my book. His dragon head forms the right arm and his tail forms the left arm. His hind legs form his robot legs. I think what bothers me the most is the left arm/tail. It just looks ridiculous. 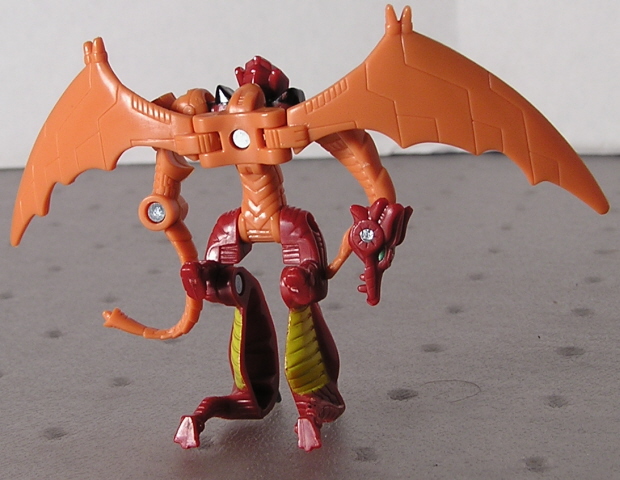 His torso is also pretty anorexic looking. At least the head is detailed nicely. The wings also save the looks a bit. In the end, however, this is a figure best left in Alt mode. There is a nice mix of minicons in this set. At $7, it's a relatively good deal. Left in Alt mode, they look great. Use judgment when leaving these in robot mode.