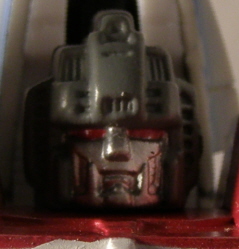 It seems that lately Hasbro is playing with the minds of the G1 fans. In Energon, we got Starscream but no other seekers (unless you count the Ramjet minicon packed with Tidal Wave... I don't). In Cybertron, we got the original 3 seekers. Never mind that Starscream didn't share a mold with the other 2. So far in Classics, Thundercracker remains AWOL along with Dirge and Thrust. Even in Titanium, we are just now receiving Starscream. While the Dreamwave created Sunstorm is slated to make an apperance, no word yet on Thrust, Dirge, Ramjet or Skywarp. Oh well, we can hold out hope. 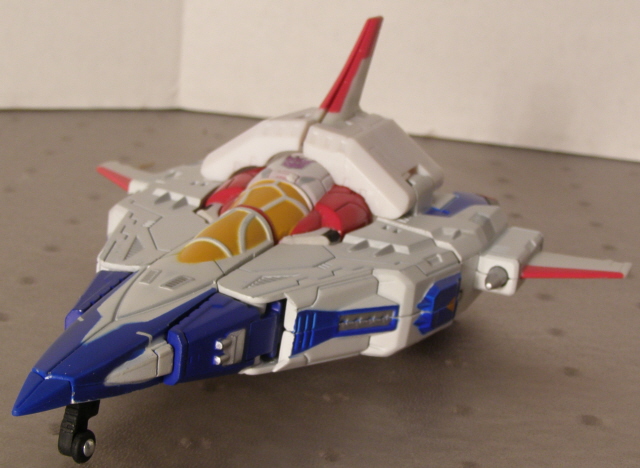 Like Thundercracker, Starscream's alt mode is a Cybertronian jet. Starscream is mostly white with some blue and red paint apps sprinkled about. While not looking like a carbon copy of Thundercracker, they are exactly the same in every fashion. 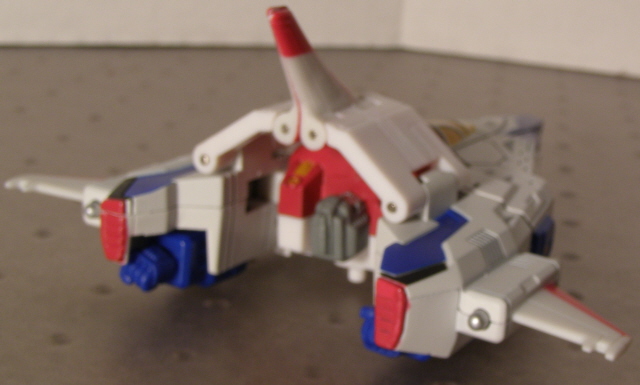 That would include the bogus rear end which is wide open and exposes the head. However, from a front perspective, this is a very nice looking mold. The nose hides a landing wheel when not in use. Transformation is identical to Thundercracker's, which is to say very simple to accomplish. 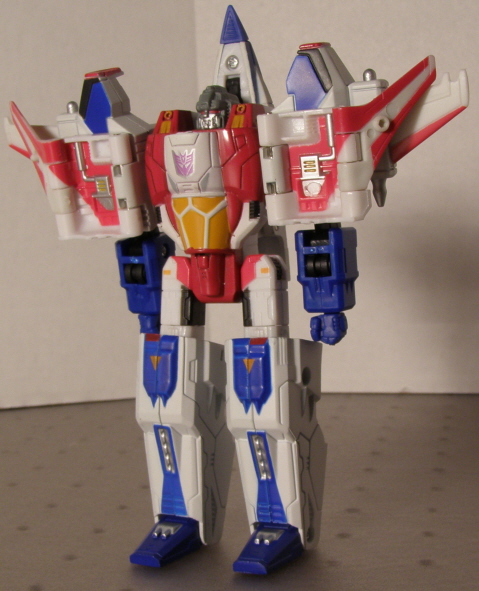 Starsceam's robot mode is also identical to Thundercracker's. This has stirred some criticizing, especially since the Don Figueroa designs from which these figures are based on differed from each seeker. Some might call it laziness. I call it keeping costs down (who am I kidding, I call it laziness too!). 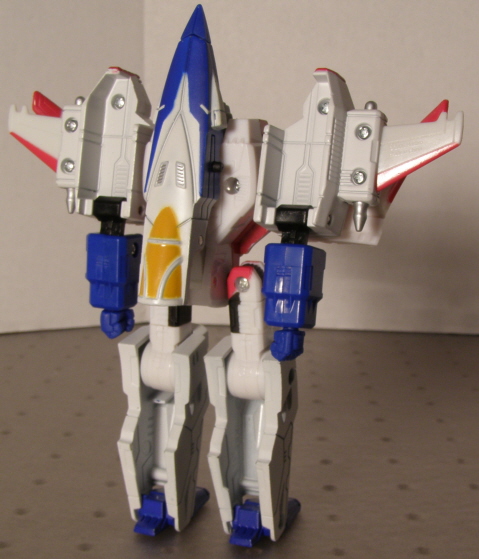 The same problems with Cracker show with Screamer. The head sculpt in particular is not very attractive, especially with the grey helmet. Painting it black would make a world of difference. While leg posing is good, the arms are too stubby to get any decent posing out of. Also, remember to lock the shoulders in place or you won't have any articulation. It's also a pity the arm cannons are resulted to being stubby barrels on the shoulders. Don't get me wrong, this is a sweet mold. I just wish, as with a lot of figures lately, they put just a little more effort into it. 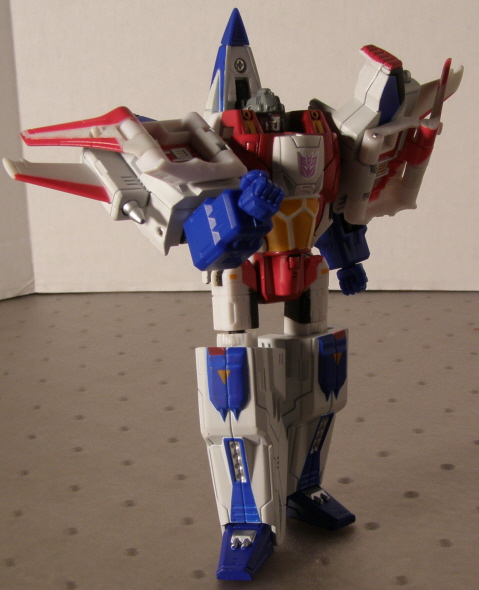