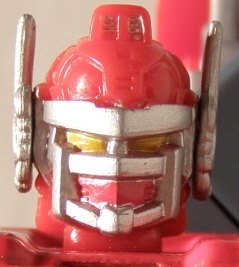 The Robots in Disguise mold for Optimus Prime remains one of my all time favorite molds. Not only did he have a great robot mode and an equally great super mode, he could bond with Ultra Magnus to create Omega Prime. Perhaps this is why the Titanium line is paying tribute by releasing a 6" version of him. 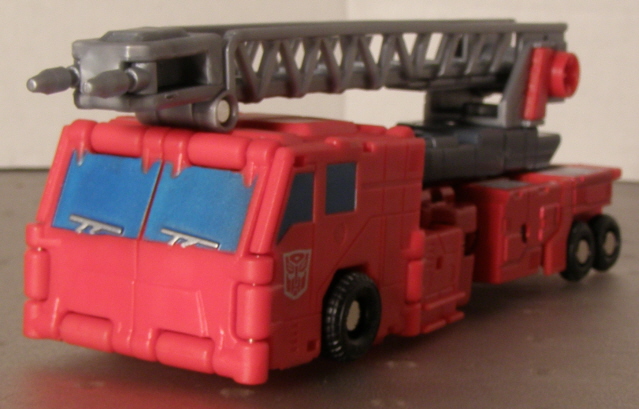 RiD Prime's alt mode is a fire engine. While originally unique to Prime in RiD, it has since been redone in Cybertron. He is predominantly red (as most fire trucks are) with painted blue windows and a gray ladder. 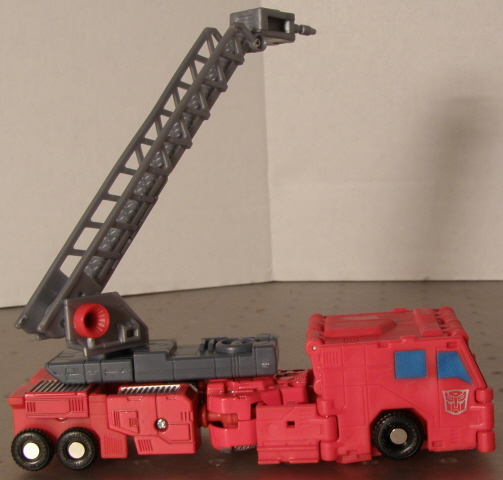 The ladder can rotate up to 360 degrees on the base and also lift up to 90 degrees. There are no extendable sections like the original RiD. 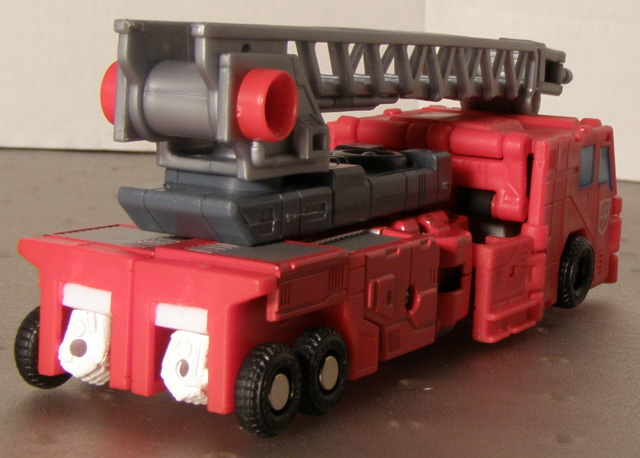 If there is any fault to this mode, it's that it's very plain looking. There's not much to break up the lines. The front end in particular looks very bland. Also, you can see the fists exposed on the rear end. Transformation is very unique in that the front end turns inside out to form the legs. Overall, it's an easy process once you learn how the panels interlock. 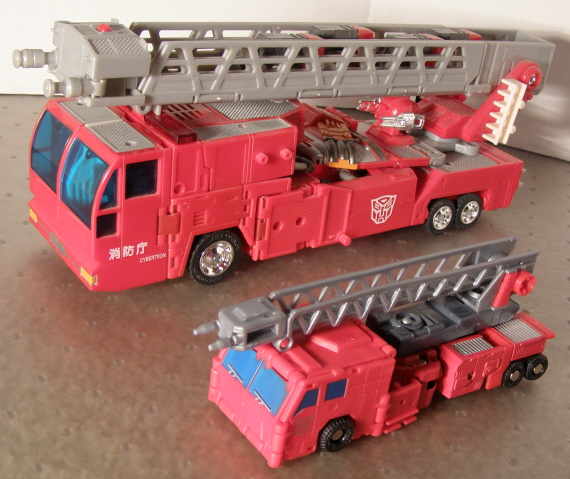 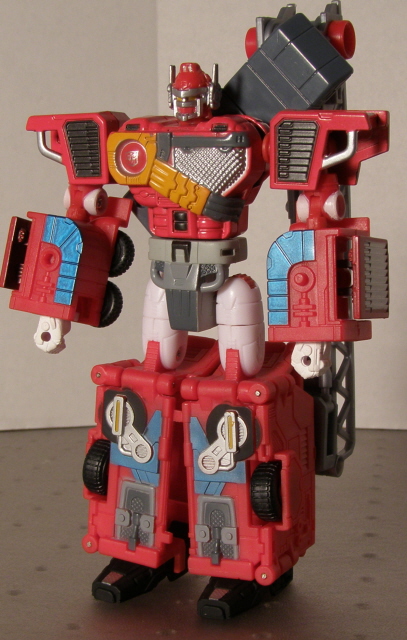 For the size difference, the Titanium figure is extremely well detailed. The alt mode only transforms directly to the Super mode, as the alt mode is all one piece. A whole lot more color shows up in robot mode, including light blue and yellow. The chest has always reminded me somewhat of G1 Blaster. The ladder hangs off the back as in the original RiD mold. The head sculpt is spot on to the original. 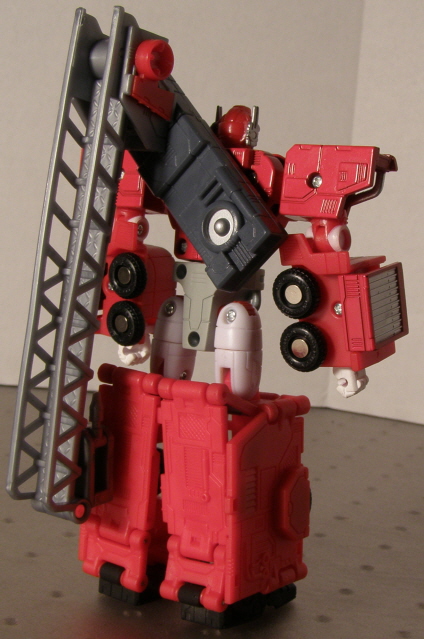 The articulation is very well done on this figure. The joints are ratcheted, but you have enough give to get the pose just right. There is also very little to get in your way. The ladder rack is noticeably shorter on the Titanium figure. However, the back weight can hinder you some. 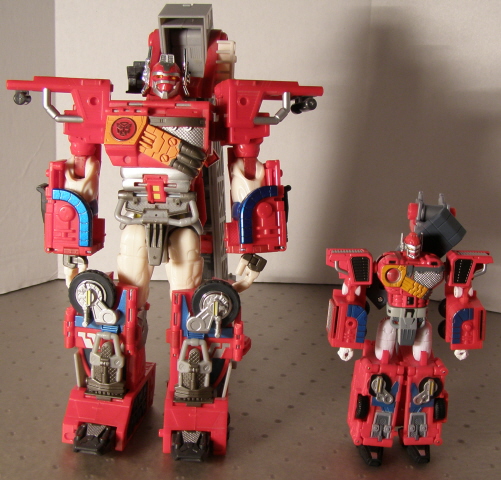 The only real noticeable difference between the two is in the shoulder pads. Otherwise, the Titanium figure represents the RiD figure almost perfectly. I originally had doubts about how this figure would look. While the alt mode is plain looking in comparison to the original, the articulation and overall look of the robot mode turned me around. This is definitely one of the finer molds in the 6" lineup. 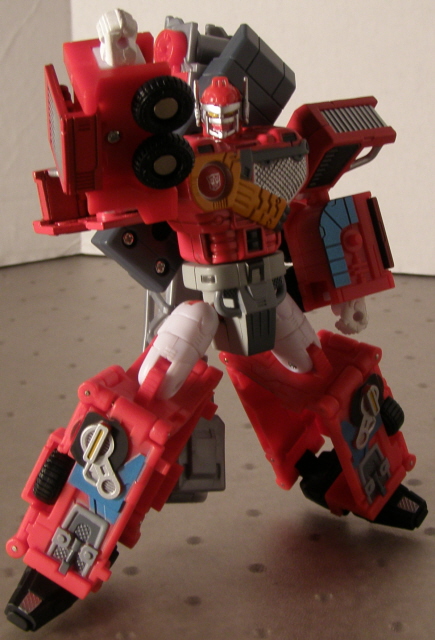