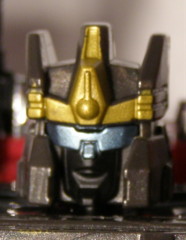 "Chaos is the seed of victory"

With the movie coming this summer, Hasbro has begun shutting down some figure series. Alternators has unfortunately been given a (one can hope) temporary hiatus. If there has been any one major complaint with Alternators, it has been that there has been no Decepticon original molds. While Decepticons in general have been far and few between, those that have appeared have been redecos or retools. In this respect, Alternators is going with a bang. There are 2 figures left, both Decepticon, and both original molds. This review covers Rumble, the piledriving former cassette soldier of Soundwave. 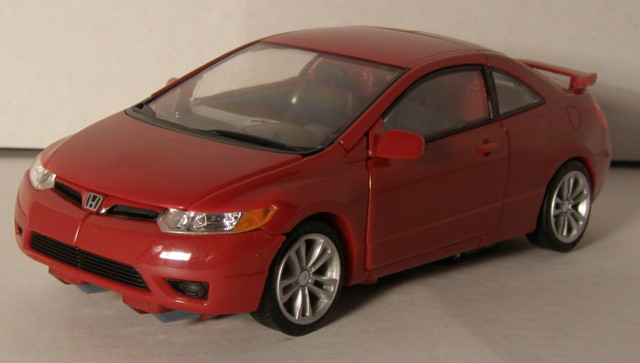 Rumble's alt mode is a 2007 Honda Civic SI coupe. He is red in color, which is true to the G1 figure (Frenzy was blue, but the G1 anime messed up). The Civic shape is represented very well with a detailed grill (including foglamps), spoiler, 4-wheel disc brakes, filler cap, and exhaust pipe. 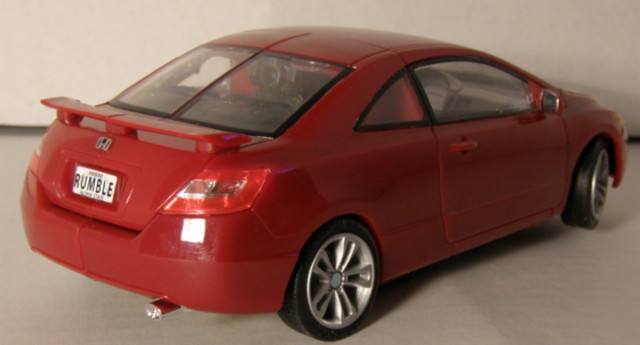 One interesting quirk is that he has a license plate from Hawaii. I would have banked that it would be California (the best place to tumble, with earthquakes and all). The front wheels do steer, although when I unpacked mine the front wheels were pigeon-toed. Bad factory alignment, I suppose.

In a nice switch, the hood, trunk and both doors open. In the trunk, you will find one half of his back mounted weapons in storage. 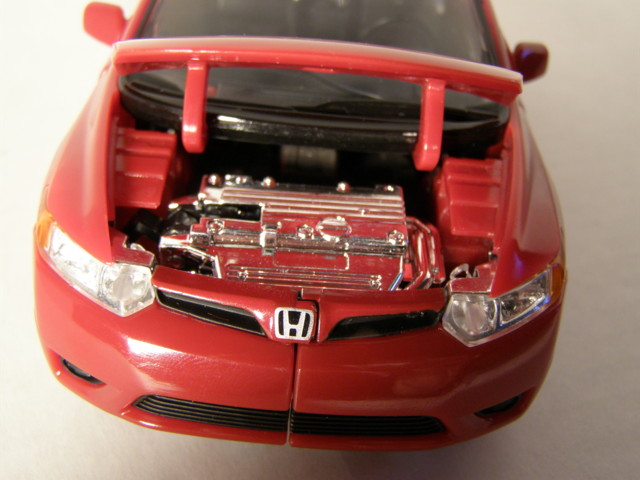 The hood hides the other half of the back mounted weapons. Disappointingly, the weapons just kind of lay in there. There is no peg or other means to secure them. 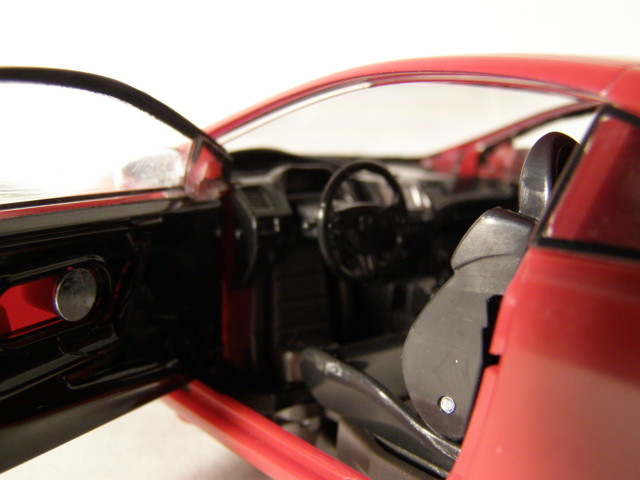 The interior features basic but accurate detailing including the information center in the middle, the split instrument binnacle and the shifter. Transformation is very simple and very fluid. 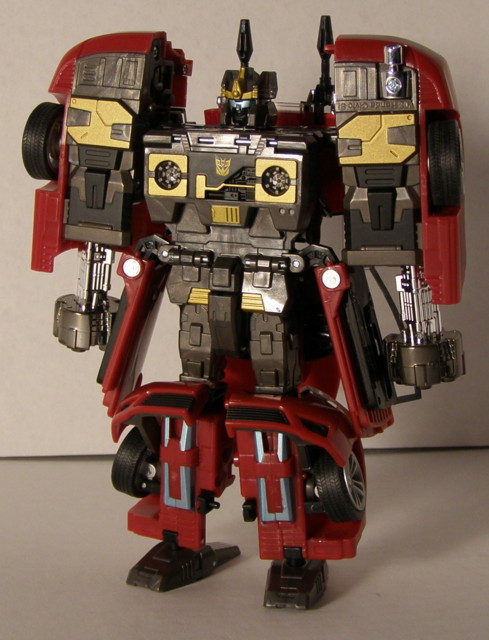 Rumble gains alot more color in Robot mode. He is now primarily black in color, with gold accents on the upper half and some light blue on the legs. The red from the car shell also appears, mostly in an outline form and on the legs. In a nice throwback to his G1 days, he has cassette cogs on his chest. 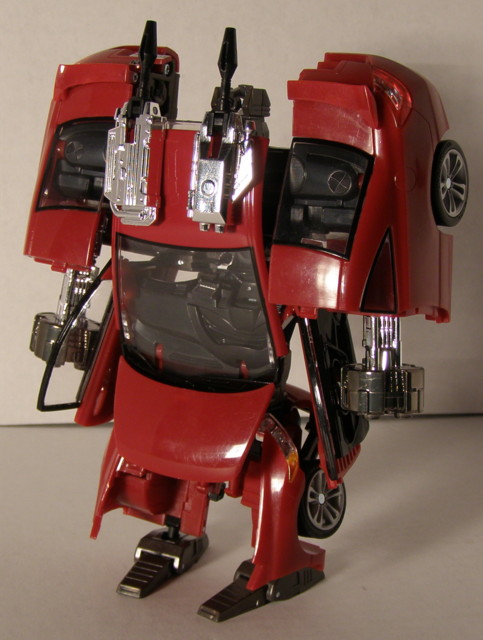 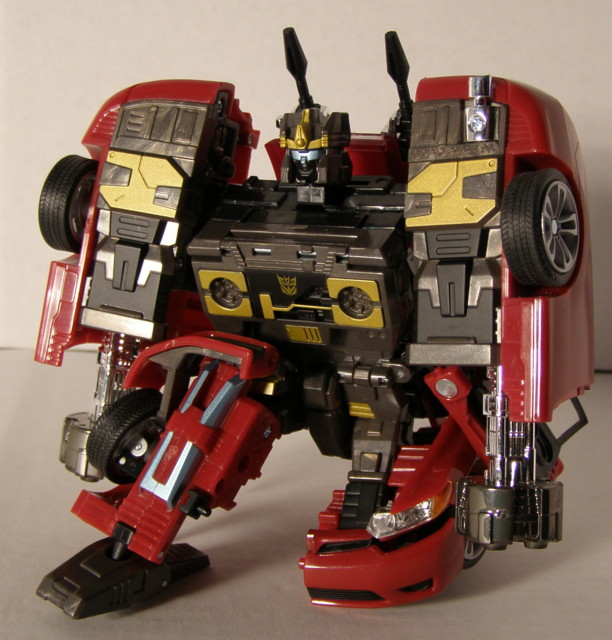 ...but the problem is he can't crouch down low enough to really get use out of them. The joints are nice and tight. The only QC problem I found is that the side windows were pretty scratched up. Arms aside, this is a very nice addition to the Decepticon army. Check your Walmart for this one, as both he and Ravage are a Walmart exclusive.