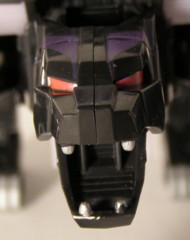 Originally, Ravage (aka Battle Ravage) was a retooling of Tracks with a jaguar head. Most of the fandom didn't take very well to that approach. Perhaps Hasbro realized the error of their ways. Now, towards the end of the line (for now anyways... I hope), Hasbro is making an attempt to redeem itself by making a more accurate Ravage.

Ravage's alt mode is, very fittingly, a Jaguar XK. He is all black. Detailing is along the lines of other Alternators, which is to say average model car. The lighting front and back were done especially well in my opinion. He sports a GB license with his name on it. 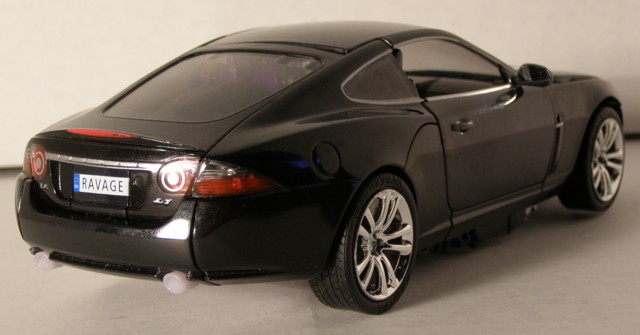 One disappointment is that, unlike other Alternators, the hood does not open. Therefore, there is no engine/weapon module. Instead, his rocket missiles fold up underneath the rear end. However, you can make use of those missiles in Alt mode without restricting wheel movement. The hatch does open in the back. One other complaint is that the jointing for the hatchback is sorely visible on the rear side windows. 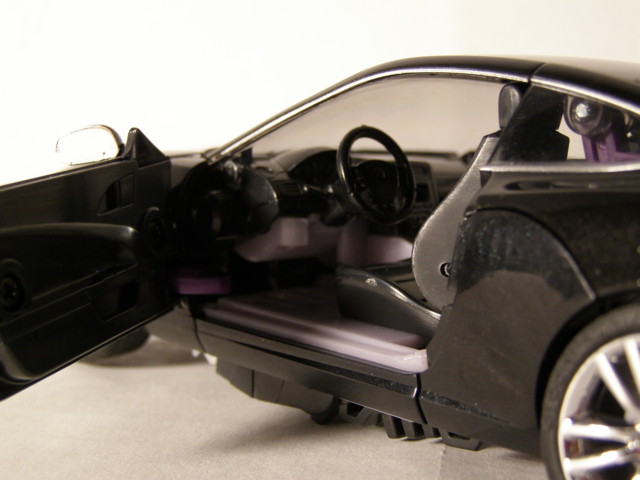 All the interior detailing is there, but it's hard to see because it's all in black. That is, except for the floor and center console which appears in unpainted plastic. They could of at least painted that as well. Transformation is intricate yet simple enough to master in one try. 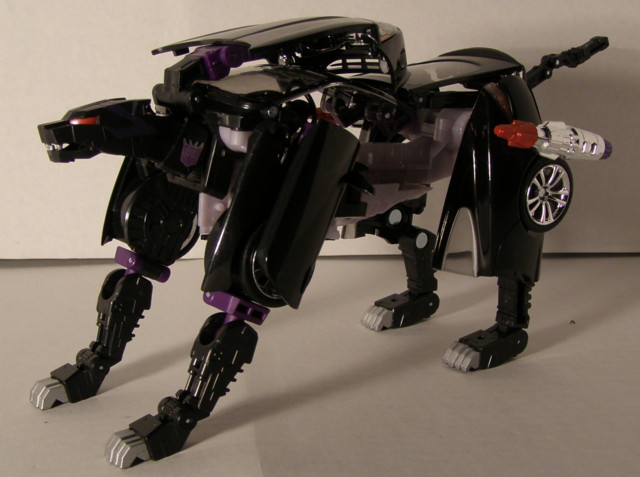 More color shows up in his robot mode. His claws are silver and there are purple accents in various spots. The rocket missiles standby on his rear hips and he sports Decepticon insignias on his neck. The head sculpt is a vast improvement over Battle Ravage's. 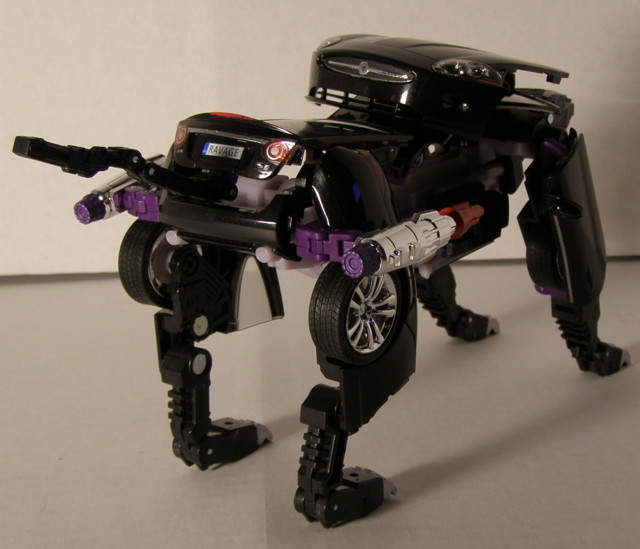 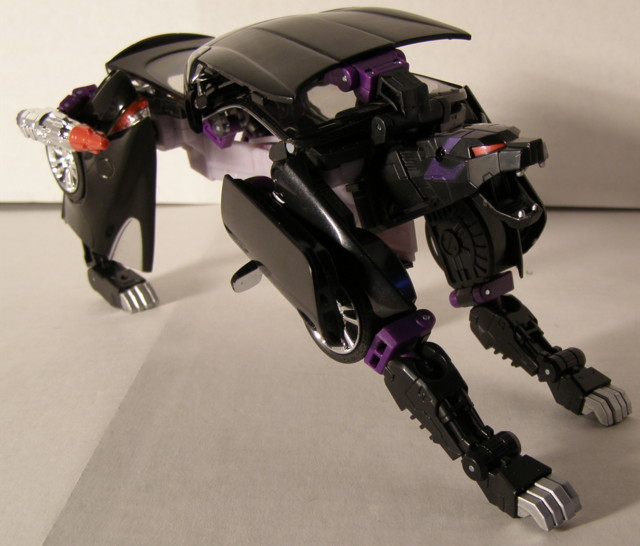 According to the packaging, Ravage is "super poseable". I take difference to that. The shoulders, especially up front, are limited in posing. The front shoulders in particular don't fold back or spread out. I wanted to try a slinking pose with Ravage but alas it's near impossible. The rear hips suffer the same lack of spreading, although they offer unrestricted rotation. One other problem I found is that the abdomen doesn't lock in place and has a tendency to spin around when handled. Also, there was some mold cutting that wasn't removed. Easy enough to remove with an Exacto knife, but still sloppy. While this is a much better incarnation of Ravage, it's not perfect. It is, however, a good addition to the Alternators line. Walmart is your only source for this one, as it's an exclusive along with Rumble. Happy hunting, and crossed fingers for a renewed Alternators line after the movie!