As Titanium seems to be slowing down to a crawl (along with most other things Transformers except the movie), the latest wave of offerings has been nothing short of frustrating in the terms of locating. The Fallen has been perhaps the hardest one to locate yet. With no retail space shy of K-Mart even offering space for 6" Titanium figures and with HasbroToyShop being out, I thought I'd never get my hands on this one. Fate smiled on me, however. The Fallen is one of the original 13 Primes created by Primus to safekeep the universe. Things somehow went wrong, and The Fallen turned dark. With the influence of Unicron, The Fallen now works against his creator by trying to break his seal. 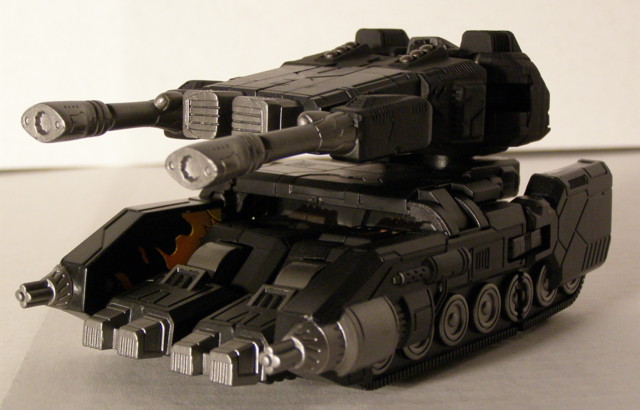 The Fallen debuted on the 2nd installment of Dreamwave's "War Within" series. In the comic, his alt mode was never revealed. However, you can now see he was a double barreled tank. The overall design is pretty good. There is a barrel on either side of the tank, with what appears to be gatling guns mounted in front of the treads. The tank is almost entirely black, with silver detailing the weapons and tread cogs. 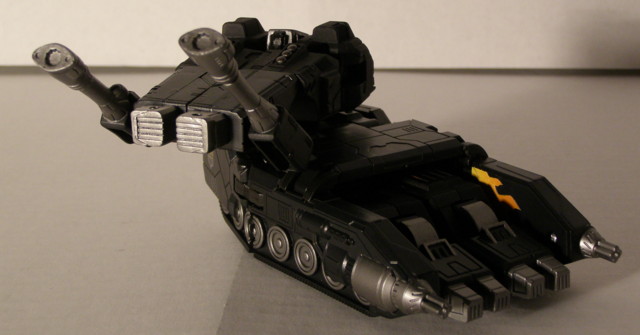 The turret is rotatable 360 degrees in 12-ratchet increments. The barrels can individually be pivoted vertically. The barrels themselves are made entirely of rubber. 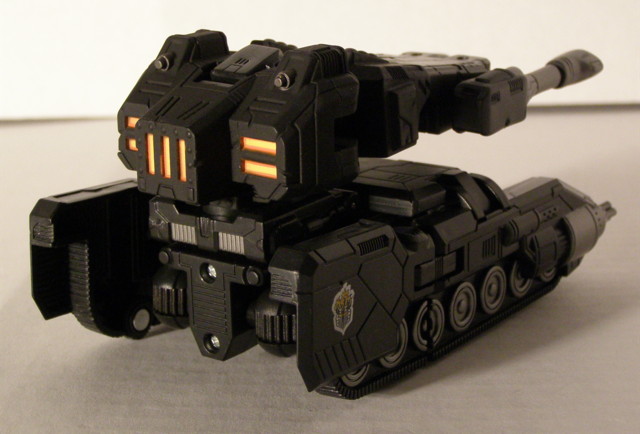 There is one minor shortfall to this figure. The rear treads have a tendency to flop around, due to what seems to be a common design flaw... an open backside. With no way to lock the rear tread section in place (the front section does peg to the body), you have to realign them every time you reposition the figure. The chest is fully exposed in the back, although you wouldn't know it's the chest until transformed. Transformation is very simple to execute. 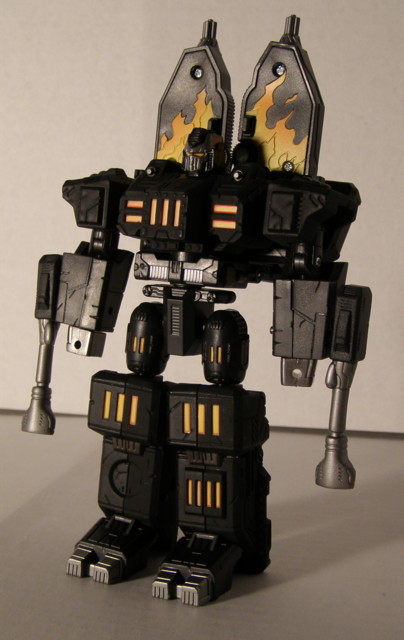 The Fallen's robot mode is very faithful to the now defunct Dreamwave version. He keeps the black and silver motif, with glowing orange accents also appearaing on the legs and chest. The tank treads, which now fold on his back, have embossed flames. While some might call it cheesy, it does represent the comic rendition with The Fallen emitting flames from within. The headsculpt is one of the best from the Titanium series. You can tell this is a Prime (or at least was), and the grated mouthplate adds to the ominous looks. 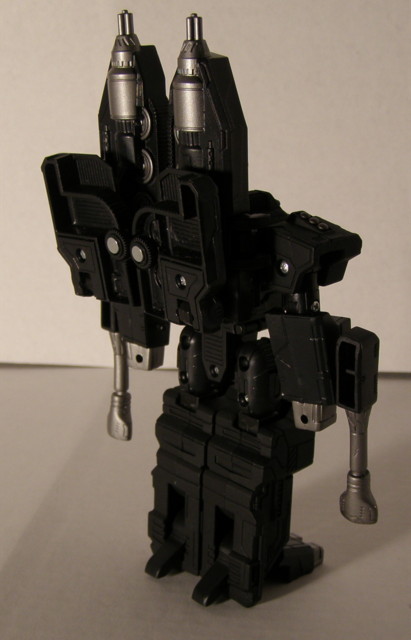 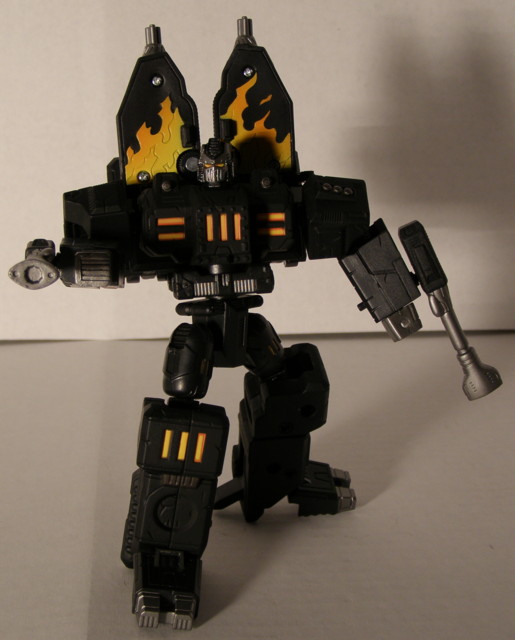 Contrary to the later offerings from the Titanium line, The Fallen has a good deal of die cast. The chest, legs, feet and shoulders are all die cast parts. He is excellent balanced, however. It's a pity that this figure is so hard to find, as it's one of the best molds in the Titanium line in terms of quality, overall design and execution. Well worth the hunt. 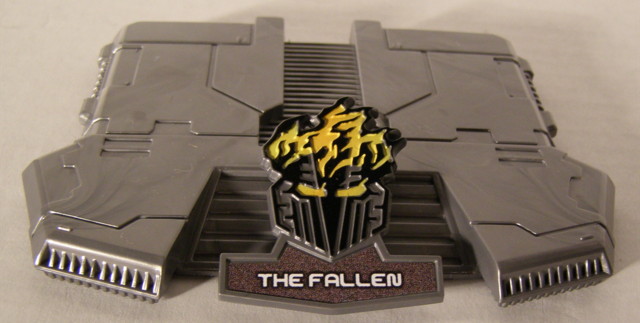