With the movie fast approaching, it seems more and more people are lining up to spill out merchandise. Makes one wonder if they'll need to take a 2nd job to complete a collection. One of the lines being released is the RealGear line. While most of the figures won't be in the movie, they are meant to fill the line. I was recently sent the bulk of the first wave and will now give you a brief fill in on what to expect.

Longview proved to be my favorite of the lineup. His alt mode is a pair of binoculars. He is mostly white with black accents thrown in. As near as I can tell, they do work. However, they are child sized so it's hard to really tell. They have a nice, futuristic look to them and feature buttons on the top to give a perception of enhanced vision. You'll find an Autobot insignia next to these controls. Transformation is relatively simple, yet unique and more involved than you would expect from a basic sized figure. 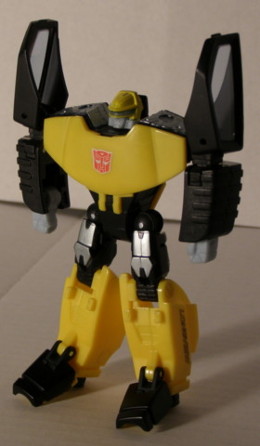 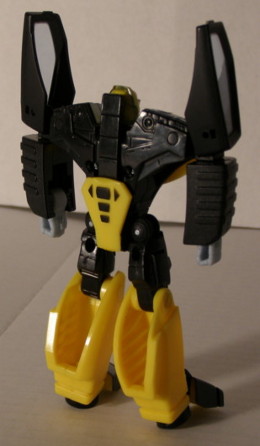 His robot mode is also the best of the group in my opinion. He retains the mostly yellow color scheme, with black showing up mostly on the limbs. The head sculpt is nicely done. The articulation is simply outstanding, with a full range of joints. Combine that with great weight distribution and this little guy can rack a nice variety of poses. 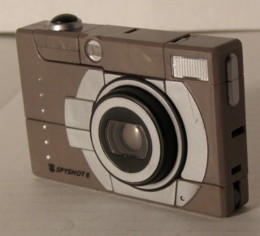 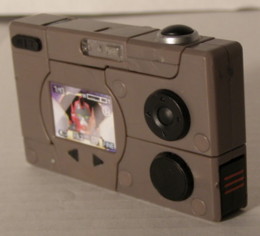 Spyshot has the alt form of a compact digital camera. He is mostly a beige color. The words "Spyshot 6", along with an Autobot insignia, are on the lower right of the carmea front. The detailing is basic yet covers everything you would find on a camera of this size. There is a Telephoto/Wide adjustment button, a multifunction controller on the back and a flash. The 'shoot' button on top does click, but otherwise serves no purpose. There is also a 'screen' which has a shot of... Cybertron Ransack?! Makes you wonder if this was originally meant for the Cybertron lineup. Also note on screen a time of 7:47, obviously a reference to the movie release date (7-4-07). This figure has the most complex transformation of the three and, like Longview, it is very unique. 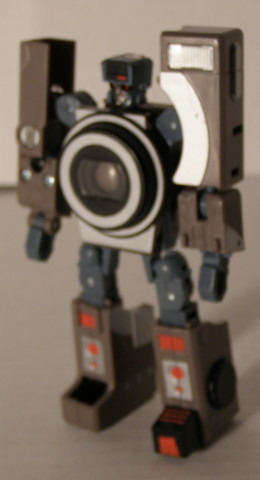 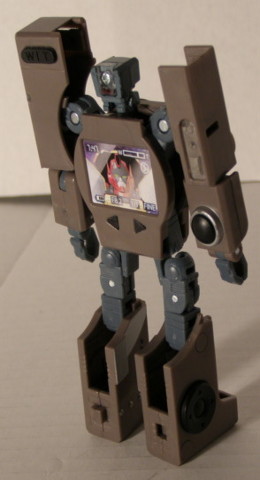 Spyshot's robot mode is intriguing. Gray shows up on the limbs and even some orange comes out in spots. The head sculpt is good and features red piping through the eyes. The arms have a bit too much overhang past the shoulders, though. Articulation is great on this figure as well, although not as good as Longview's. Spyshot has pinchers for hands, and the pinchers do work. Overall, not a bad figure at all. 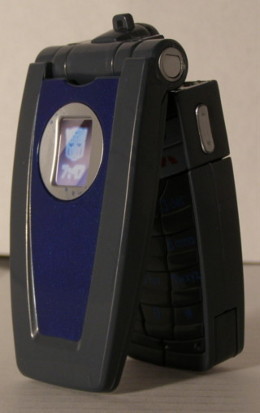 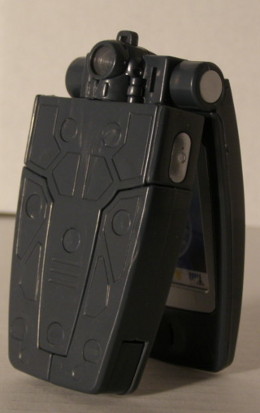 Speeddial assumes an alt form of a cellular phone, closely resembling a Nokia style phone. He is mostly blue with a gray outline. Features include a flip-phone design with a camera lens on the back. There is also the preview window with a nice blue Autobot symbol along with the time of 7:47. Another movie reference, who'd a thunk it?

Opening the phone reveals the Autobot insignia again along with the time of 7:47, yet another movie reference. The phone is accurately detailed. I wonder if Hasbro would offer that desktop image as a phone download... ahem. Transformation is the simplest out of the three. 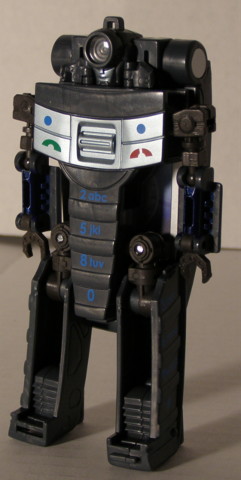 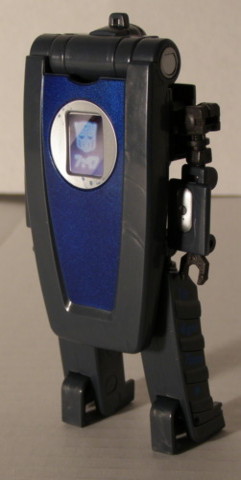 Personally, Speeddial's robot mode was the least inspired of the three. Before anyone shoots off replies that the legs are mis-transformed... I did that on purpose. I thought it looked better that way. Articulation is decent, but the knees are too high up towards the hips to be of much use. 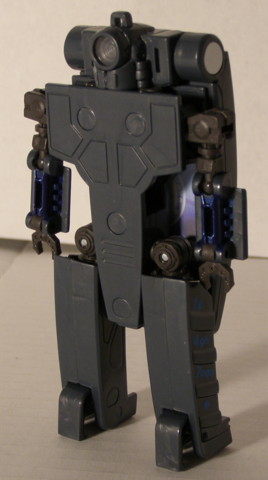 This shot shows the legs in their right spot. I thought this look was more in line with the movie images shown so far. Overall, this is a very nice wave of basic product. It's a fun add to the collection. 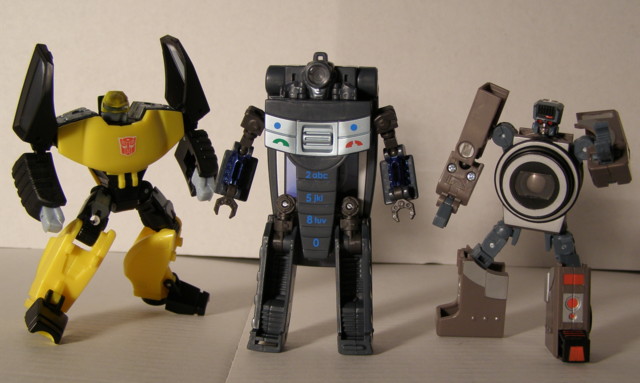