There haven't been too many Decepticons that have taken the form of an earth passenger car. Perhaps because they don't want to 'lower their standards' to that of an Autobot. However, here's one of those infrequent instances where we see a Decepticon car. Barricade puts the deception in Decepticon simply for the fun of it. 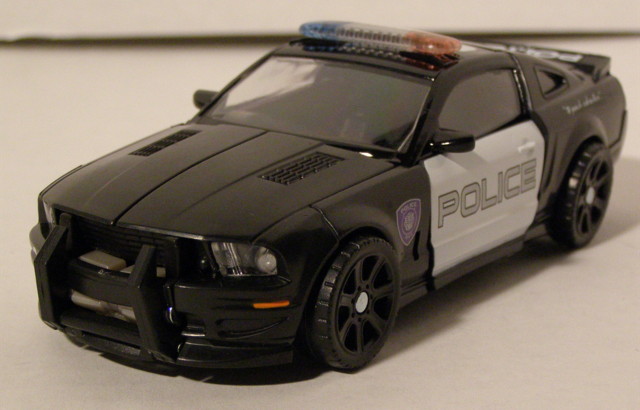 Barricade's alt mode is a 2007 Saleen Mustang S281 guised as a police cruiser. Color is typical of metropolitan cruisers, being black with white doors. On the front fenders is a purple shield saying Police 1865 and a Decepticon symbol. POLICE is scripted in block letters on the doors in silver. On the quarterpanels, there is a scripted message stating "To Punish And Enslave...". The car is numbered as 643 on the roof and right front bumper. POLICE also appears on the rear spoiler in white. He also features a bumper ram on the front and a blue/red lightbar on the roof. 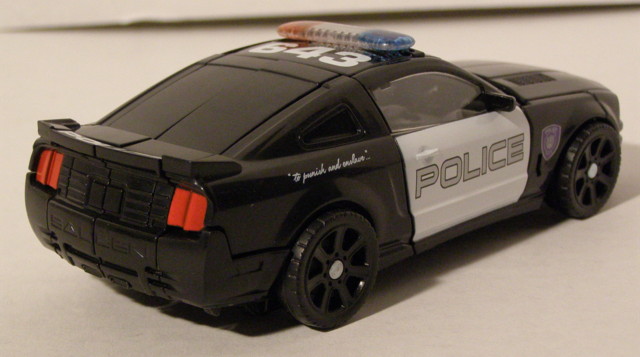 Details for the car itself are set up pretty nice. There is a pair of hood vents, and SALEEN is embossed on the rear bumper. The windows are clear, which means you can see the robot kibble in the cockpit. Overall, a very slick alt mode.

The instructions say that Frenzy ejects from the grille. I think that was a case of bad wording. Lowering the bumper ram will slide out the grille. Pull on the grille, and Frenzy is in your hand. He is simple to transform... but why would you want to? The robot is absolutely hideous, like a understudy reject from an Aliens movie. Besides, taking Frenzy out leaves Barricade with a nasty gap.

His transformation is very simple. The first step will throw you , as the entire sides of the vehicle pull out and forward to form his arms. There is no automorph technology for Barricade, but he does have another gimmick. 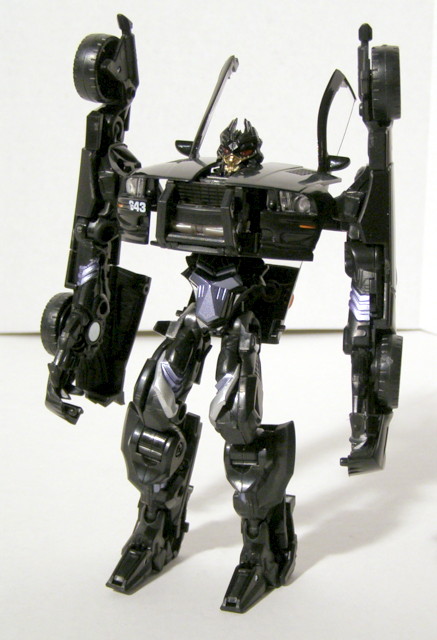 His robot mode is mostly very pleasing. A lot of silver shows up in robot mode, including his rams and waist. The head sculpt is very menacing looking and fits his profile to a tee. The red piping ability helps the look further. The only thing that ruins the aesthetics of the robot mode for me is how far the front wheels protrude from his shoulders. 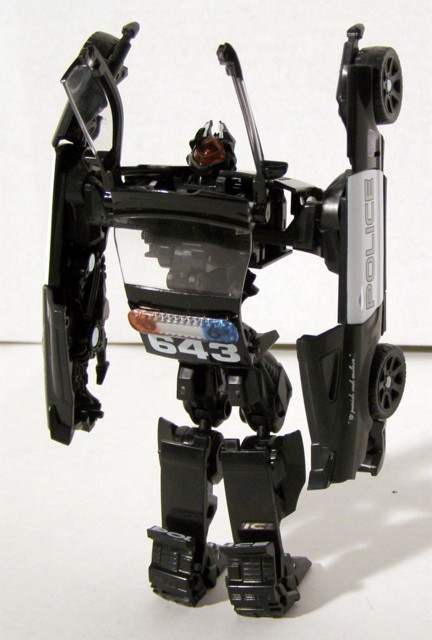 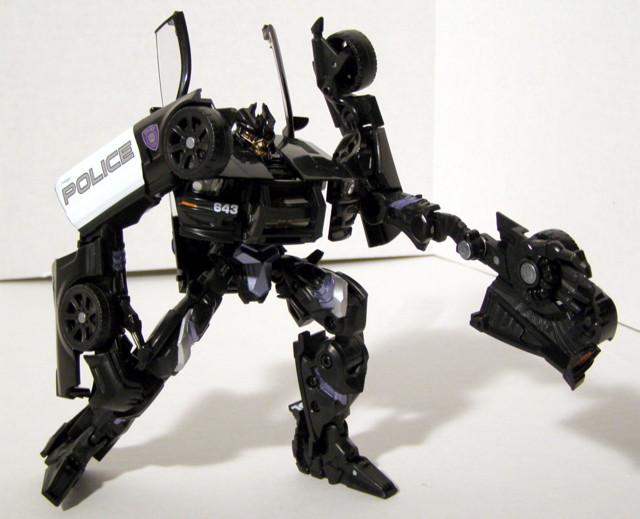 OK, now for the gimmick. Barricade is listed as having "punching action" There is a lever just below the elbow that, when pulled back, spring releases his forearm. However, this switch is extremely small and can be hard to activate. Barricade does have some small faults, but overall I think he's a great add to the movie collection. I leave you with an alternate robot mode that somewhat solves that aesthetics complaint. However, the compromise is that you limit shoulder movement. 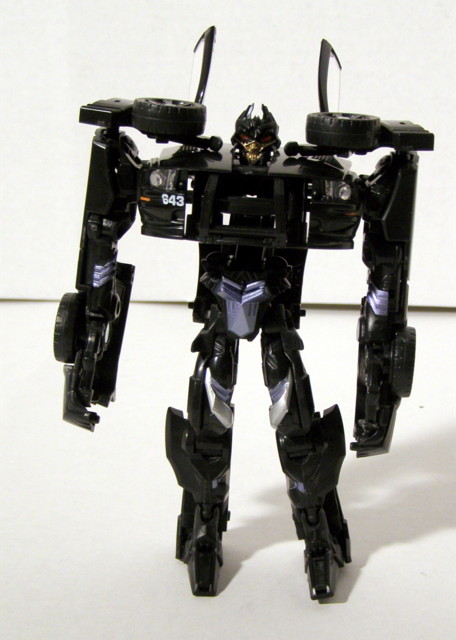