Hasbro senses that just a handful of characters in the movie won't exactly make for a very big figure line. Unfortunately, this will mean we will see the same characters in several different classes. Fortunately, they are seeing fit to make some original molds not associated with the movie. One of these originals is Wreckage, a Decepticon that savors hand to hand combat. 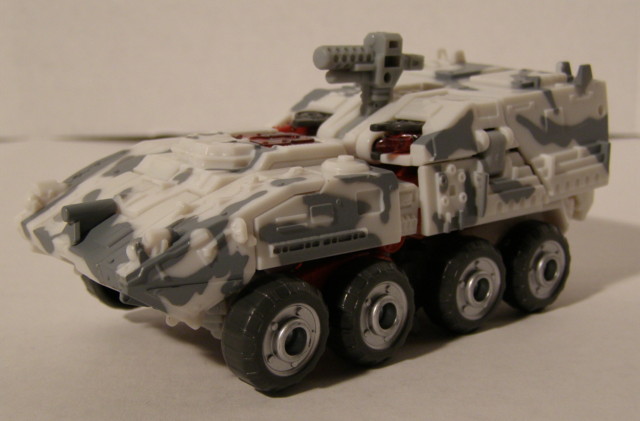 Wreckage's alt mode is an armored military transport. The transport is guised in winter camouflage. There is a roof mounted machine gun. He also features 4 fully working wheels on either side. 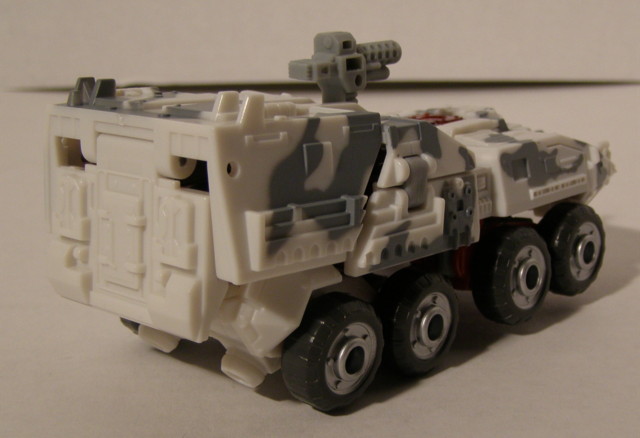 There is a small Decepticon emblem on the right front of the vehicle. So far, all the insignias have been silver in color. I find this rather odd. Perhaps they don't want their factions in broad view. The Alt mode is overall done well, except for some spots of red that defeat the purpose of winter camouflage.

To transform him is pretty simple. When coming out of the box, his swords came as an accessory. They store in his backside and mount to his arms during transformation. His automorph feature is when the front end is flipped over, the main cannon in his chest pokes forward and his head surfaces. You might need to pull the shoulders back to help that process along, though. 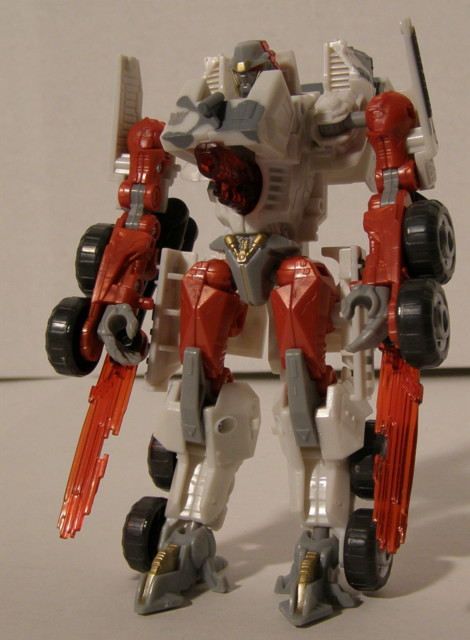 The robot mode shows alot more red, mostly in the limbs. Some gold shows up here as well. His head sculpt is very pleasing, with red piping ability. Even his hands are crafted well, with detailed fingers. 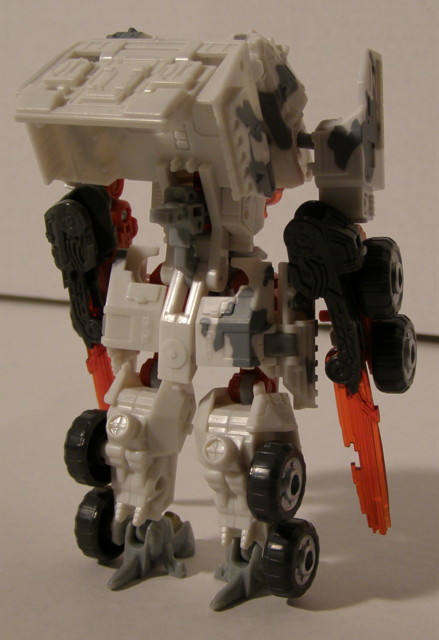 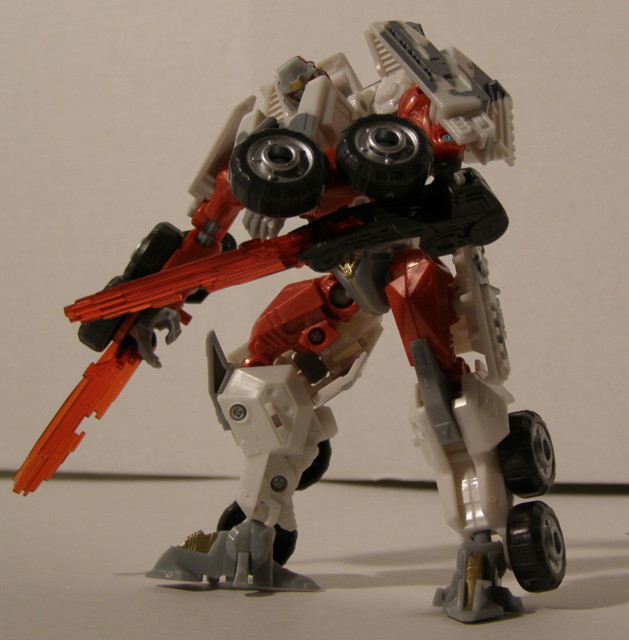 For being a bot not featured in the movie, this is a very well done figure. With just a bit more knee articulation, it would be perfect.