I have received yet another wave of movie figures. This one was a goof, I just happened to be at Amazon.com at the right time. I noticed shortly after securing the purchase, the link was pulled. I am referring to Ironhide, the guns of the group and the oldest of the Autobot group. 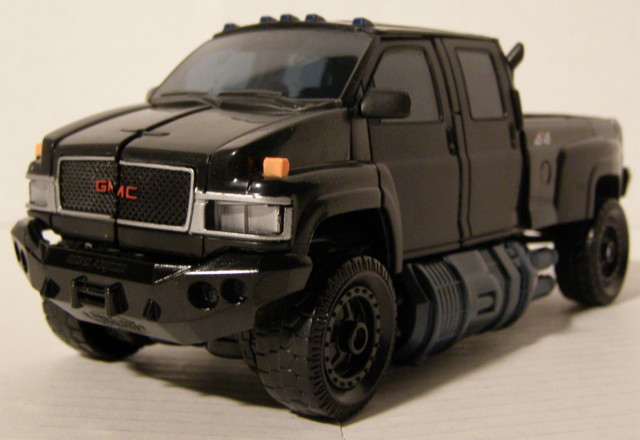 Ironhide's alt for is that of a GMC Topkick pickup. The Topkick is normally a heavy-duty truck, but it's not too uncommon to see one with a pickup bed on the back. However, you don't usually find them in black like Ironhide. You also normally don't find a pair of cannons stowed away as the running boards. The details are real good here. Road Armor is represented on the front bumper winch assembly, you can see 4x4 scripting on the bed and the tailgate even has an Autobot insignia on it (the tailgate is molded in). 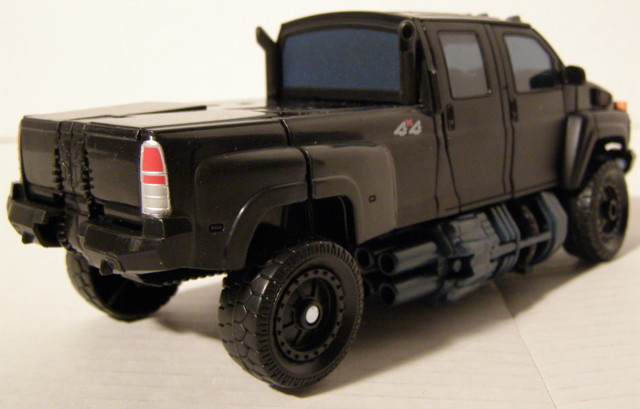 A few things of interest with this mode. The clearance lights on the roof are blue. He has semi-like exhaust stacks directly behind the cockpit. Would have been a nice extra touch to make them silver versus just black. The pickup bed itself is also bland. I guess you could call it a tonneau. Otherwise, a spot on representation.

Be prepared for a ride, as this is not only a complex transform, but perhaps (so far) the best transform. It's definitely a fun one. The automorph feature is in the legs. Lifting down the tailgate to form his feet not only swings the rear tires back, but also peels back the bed tonneau to expose his shins. 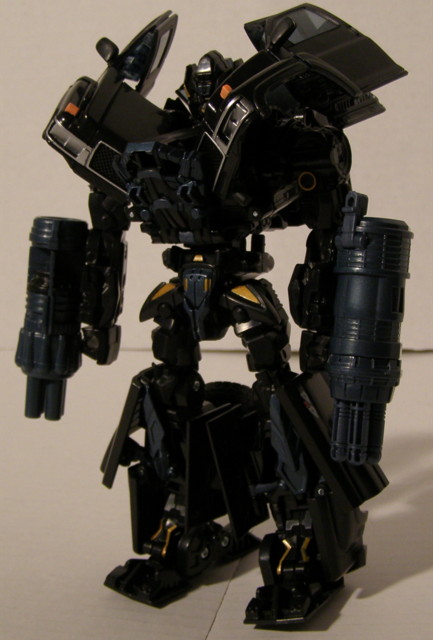 His robot mode might almost make you think he was Decepticon. More blue shows up here, along with some gold on the legs and waist. The face is almost too dark to show the features well, but there is blue piping under the right light. Each arm also holds a 4 barrel laser cannon. At first look, the left arm looks like it has 4 launchable missiles. It does, but more on that later. 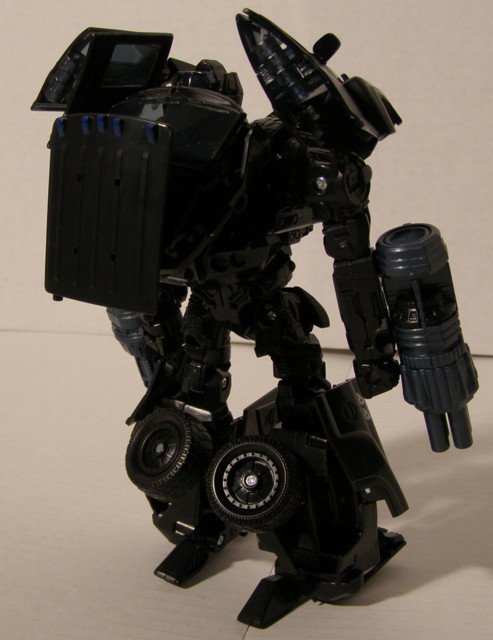 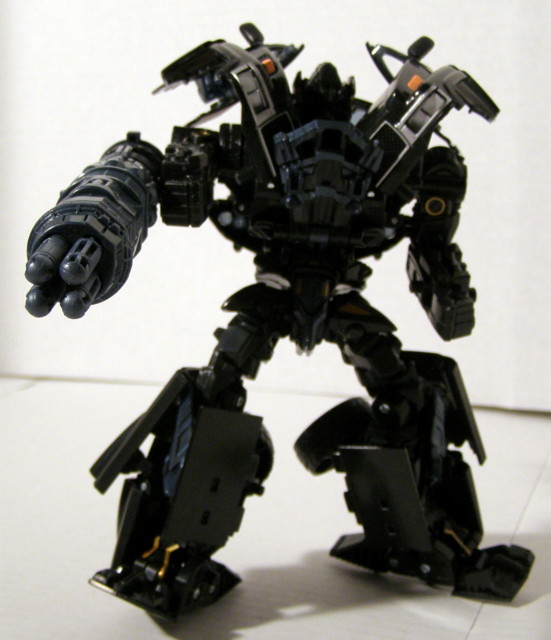 Now for Ironhide's other gimmick. By taking off his left arm cannon (both are actually removeable) and combining it in front of the right arm cannon, you now have a super cannon. This super cannon can now launch those 4 missiles! My hats off to Hasbro on this one. This is how ALL the movie figures should have been done. 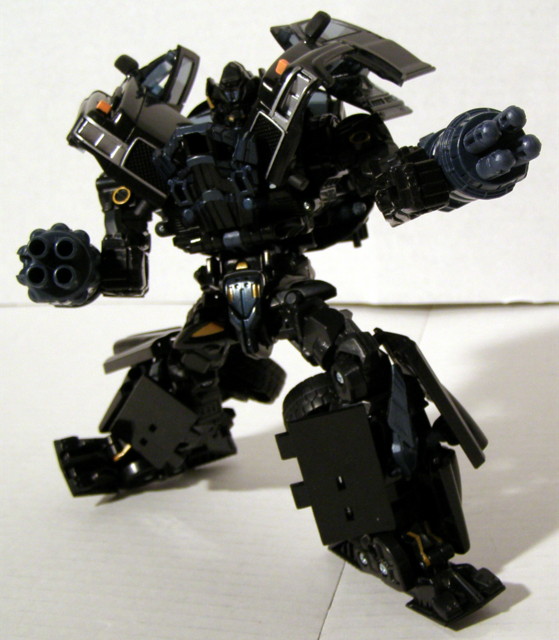