There are certainly alot of deluxe class Decepticons being thrown out early in the game. Here is yet another one, which is actually in the movie. Bonecrusher is a bot with only one thing on his mind: complete and utter destruction of anything in his path. 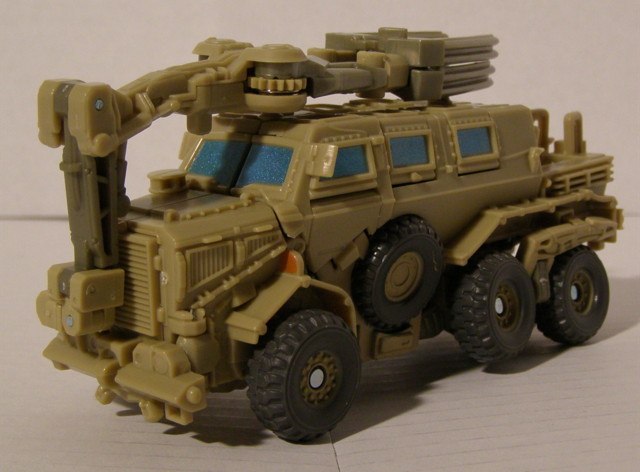 Bonecrusher takes the alt mode of a Buffalo MPCV (Muti-Purpose Combat Vehicle). He is a khaki color with painted blue windows. Detailing is pretty good on this mode and includes 2 molded in spare tires. Perhaps the most noticeable feature of this mode is the giant claw that rests on the roof. This claw has maneuverability like you wouldn't believe. 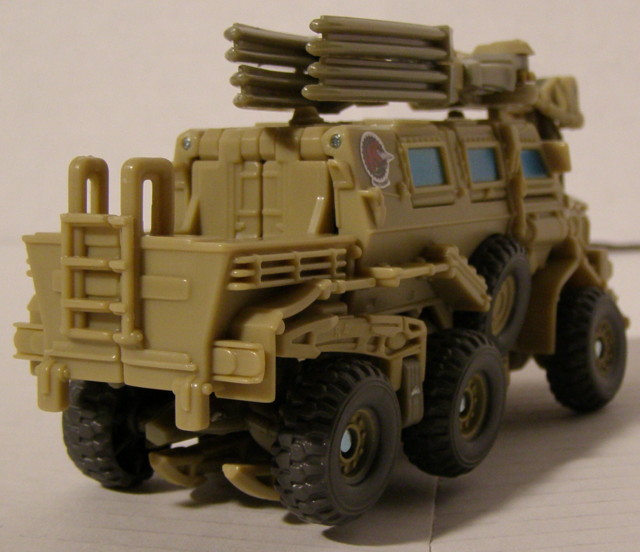 The mount on the front end rotates 180 degrees. There is a hinge located next to the peg mount that has a 4pt horizontal movement as well as a 180 degree vertical movement. Above that, there is pin joint that moves the arm 270 degrees vertical. Then there's the actual claws. The claw movement is controlled by a lever. This can sweep the claws back up to 165 degrees. If that's not enough, there is a knuckle on the claws that will bend them back forward another 135 degrees. That kind of jointing can definitely be put to good use.

Don't rely on the directions much for the transformation. You can figure him out, but it might require a study. He splits in half in a couple of places and requires some twists. There is an automorph feature stated, but I sure couldn't find it. 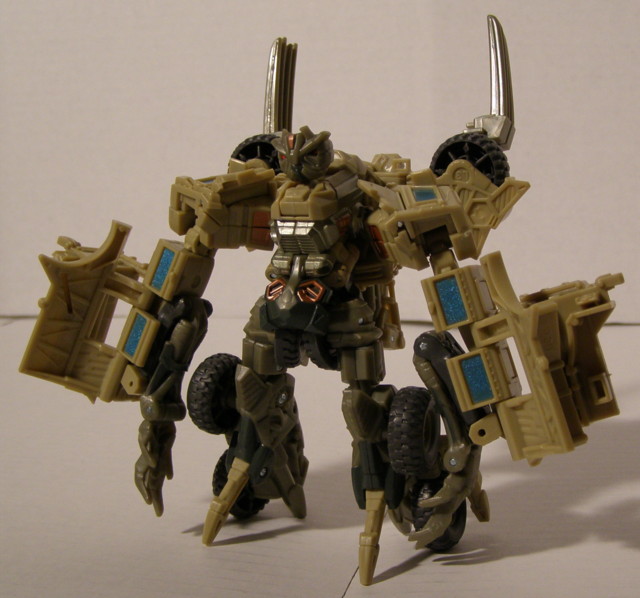 This is one ugly bot. Want an alien looking Transformer? Gets no better than this one. More color shows up with some olive green on the limbs copper on the chest and shoulders. The face bares some resemblence to Brawl, although compacted a bit. 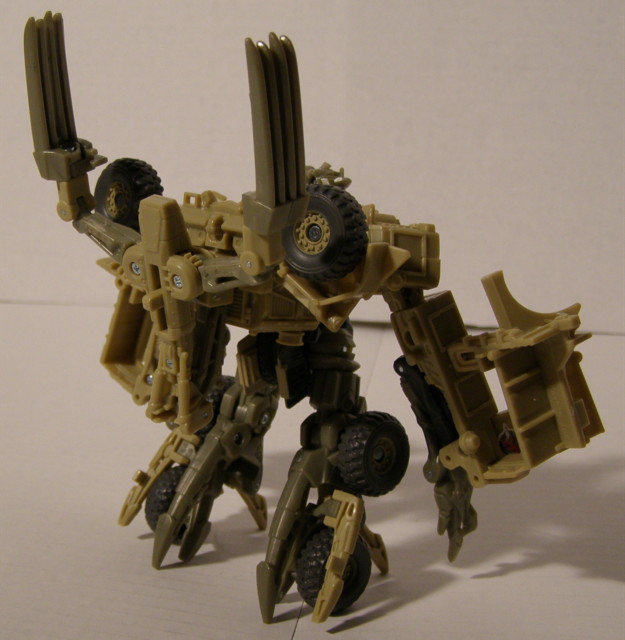 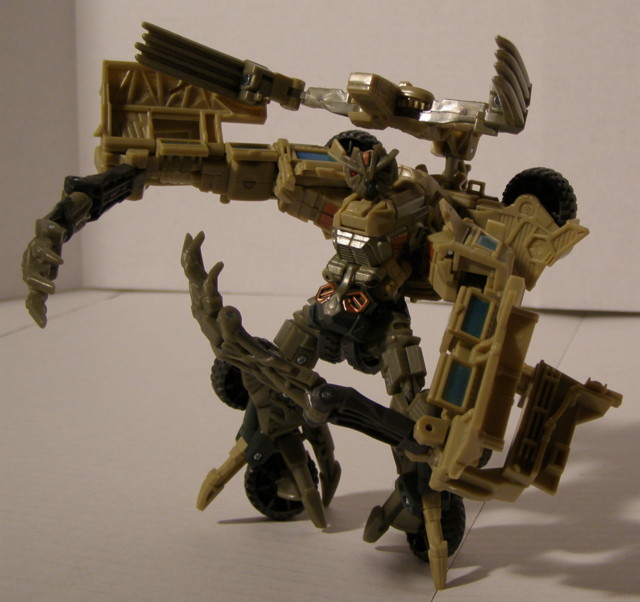 As well as having some utilization of the claw, Bonecrusher can also extend his arms out. Personally, this just adds to his clunkiness. The alt mode is very well done, but the robot mode is too ugly and disproportioned to suit my taste. However, I am sure there are plenty out there who would see opposite of that.