Today is the big day that Transformers movie merchandise came out in the open. Many Targets and Toys R Us materialized stock out of nowhere. I was on hand at a Target this morning and was able to secure figures I hadn't yet stumbled upon. One of these figures is Blackout. This is Megatron's loyal right hand man with a temper should he be crossed. He was originally rumored to be Soundwave.

Blackout's alt mode is a Pave-Low helicopter. Transfomers has come a LONG way in respect to helicopter designs. Each one gets better, and Blackout is no exception to that rule. He is primarily a gunmetal blue. He has a bronze colored sensor on the left side of his nose and a laser cannon on the right side. There is a also a 4-blade rear rotor with balancing wing on his tail. The tail has some red striping behind the rotor. His main rotor assembly is a 6 blade design. 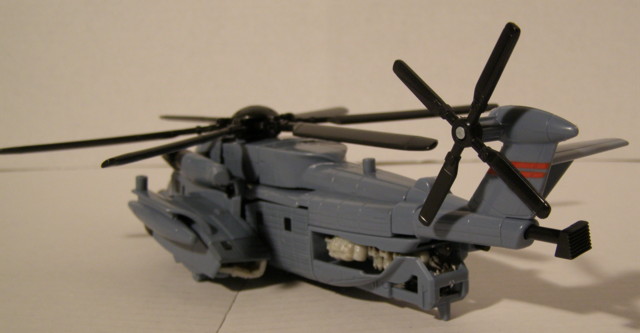 There is a big lever sticking out of his tail assembly. This controls the main rotors. Pressing the lever in will spin the blades. It is gear driven, so the blades don't spin unless you use the lever. However, the rear rotors do spin on their own quite fluidly. The belly of this craft is wide open, showing his legs and head. However, you can't tell unless you're staring right at the belly. He has 2 plastic wheels for movement, although I wouldn't recommend relying on those much. There is also a 'cage' on the belly of the copter. This is to house Blackout's partner, Scorponok. 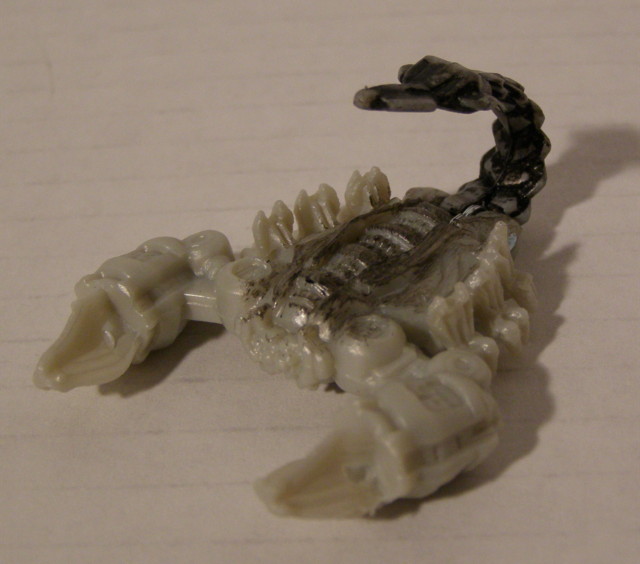 Scorponok in this instance is a small statuette. He is mostly white with some 'dirt' sprinkled on top. A waste of plastic, in my opinion. The gimmick is that you can open the cage and mini-Scorp will get the drop below. However, you can also mount the deluxe class Scorponok on the belly of Blackout via pegs. Toys R Us even has Voyager Blackout and Deluxe Scorponok co-packaged.

Here's a tip. The rotor and tail assembly pop off (by design). This makes it less cumbersome to transform him between modes. Transformation is involved yet simple. You activate his automorph feature by swinging down his legs and pushing his back panel in. This will rotate the helicopter cockpit around and expose his head. 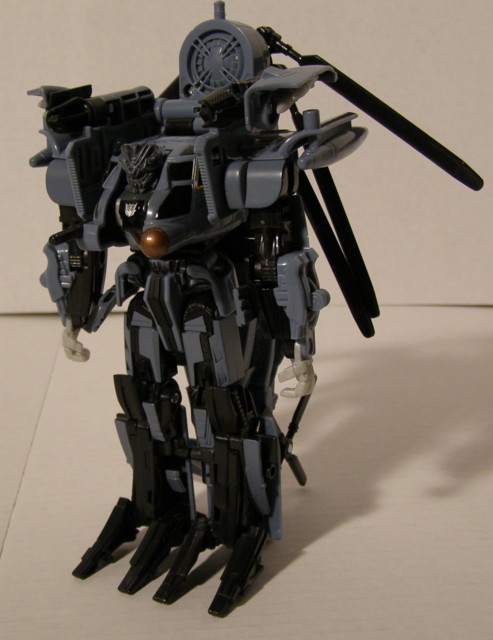 Blackout has one of the best robot modes in my opinion. A lot more black surfaces in this mode, along with a Decepticon insignia on his chest. He also gets a pair of missiles on each shoulder. Interestingly enough, his 3 fingered hands are white. Perhaps they did this to contrast the rest of his body. His head is in keeping with the other 'Cons, which is to say wicked looking. The eyes are piped red to add to the wicked look. 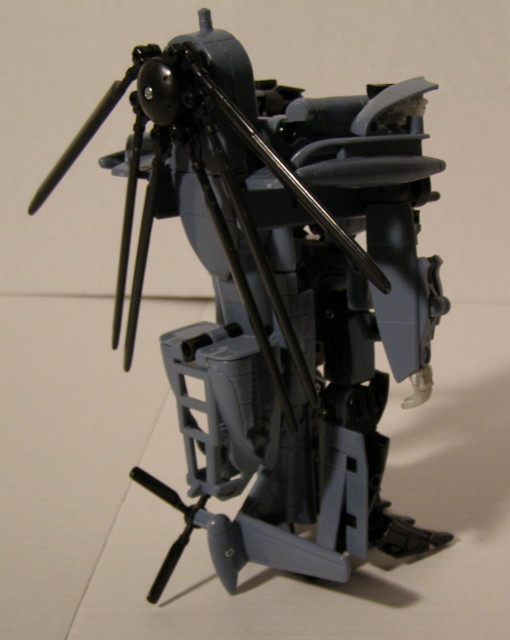 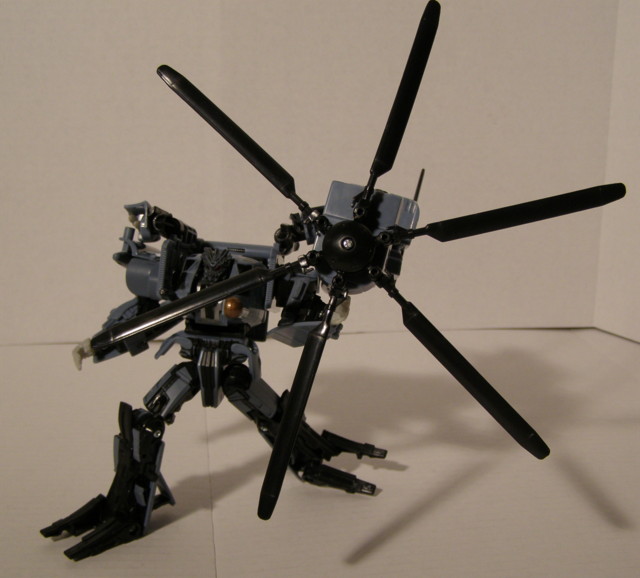 So what can you do with that disassembled tail assembly? Use it as a weapon, of course! By bending a pin hinge directly behind the main rotors forward 90 degrees and utilizing the pins on the tail, you can mount this as a weapon in either hand. So far, Blackout is by far my favorite 'Con of the group. Both modes are great and he's got great articulation. A definite add for your collection, even if the movie isn't warmed up to you yet.