Starscream has enjoyed endurance in the TF line, appearing in almost every continuum offered. He is a fan favorite, a treacherous subordinate who desires nothing more than absolute authority. This doesn't change at all in the movie. 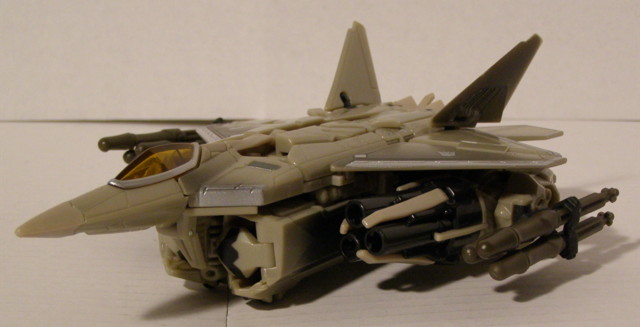 Starscream is perhaps the first public look at the new F22 Raptor military jet soon to be employed by the USAF. Never mind that the Raptor was also featured in the Infiltration/Devestation comics by IDW. Oh, and before someone comments... I intentionally left the missiles on their tree. I thought it gave Starscream more of a 'loaded to the hilt" look. Color scheme is different for him. He is mostly tan with silver outlines and an amber cockpit. There is a Decepticon insignia on each wing. 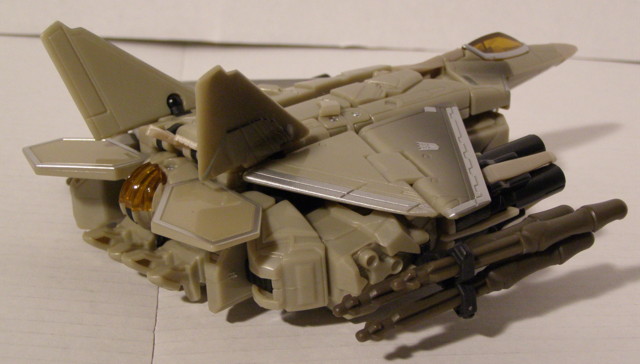 For being a modern streamlined jet, Starscream does seen excessively bulky. On the plus side, his cannons on either wing spin when rolling him on the ground. Those missiles also load into the cannons and launch with the touch of a VERY sensitive button. There is a buttton for each missile.

2 minor nitpicks on this weapon. Hasbro lately seems to be skimping when it comes to proper landing gear. It's a shame, everything else up until now has had a realistic look to it. Also, the blasted head is visible from the back! However, if you twist it around it's less noticeable.

Starscream is another example of an involved yet simple transform process. He also has a slick automorph feature. Lift the cockpit up a bit, make sure the arms are out, then fold the wings up. The cockpit will automatically pull back. One note of caution, however. This is a very fragile figure. The tailwings in particular are prone to popping off and it goes get annoying. 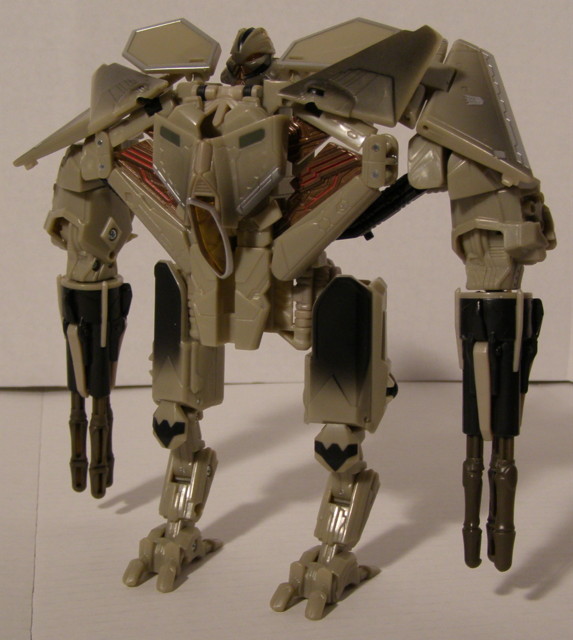 Starscream's robot mode has been the subject of much controversy. However, it's not as bad looking in person as it is on paper. He is still mostly tan, but now has some gold and red showing on the chest. There is that 'muscle jock' image emanating from him. This is due to the thin, "chicken" legs and the very broad chest and arms. While his face is less menacing looking than the other Decepticons, it is still alien in design. The eyes are piped amber. 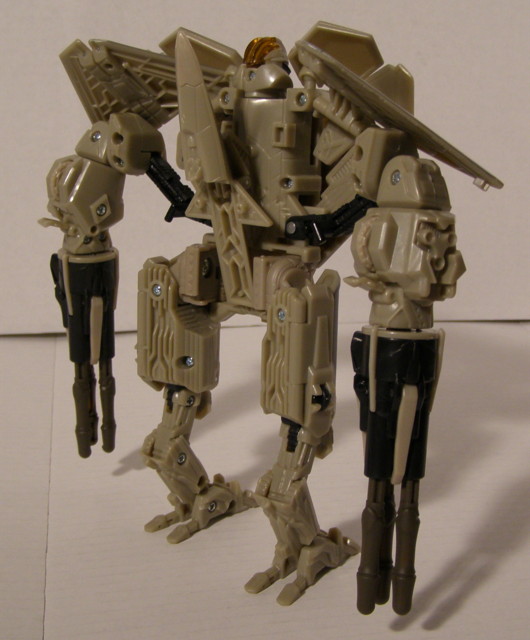 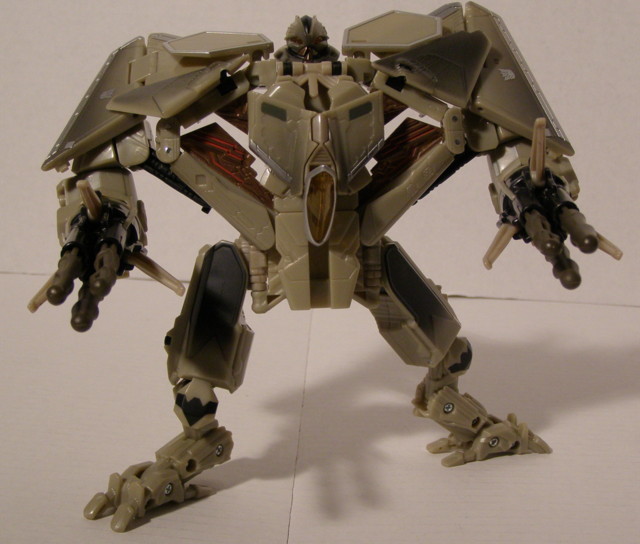 Starscream has no hands, being that his forearms are missile launchers. But he does have 3 'fingers' on the launchers. I had an issue with the left knee dislodging due to the ratchet being so tight. While this figure was better than I had expected, it still has shortcomings due to it's bulkiness in alt mode and robot mode limitations.