Target seems to be all over the Transformer movie merchandise, so far as I can see. Most of their stores have some ample stock (where I am anyhow). They are also offering an exclusive figure. This review looks at that exclusive figure, known as Robo-Vision Optimus Prime. 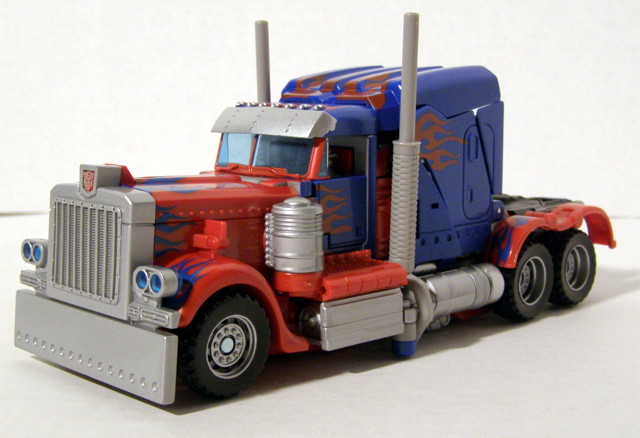 This version of Optimus is a scaled down version of his leader class form, roughly 2/3 scale. Surprisingly, there are several differences between Leader and Voyager class. For one, the grille surround and the Autobot insignia are more pronounced. Another difference is that the sleeper cab is more aerodynamic versus the boxy look on the Leader figure. 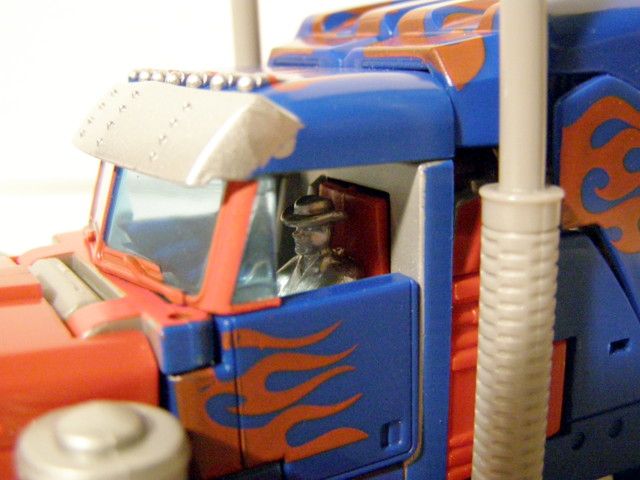 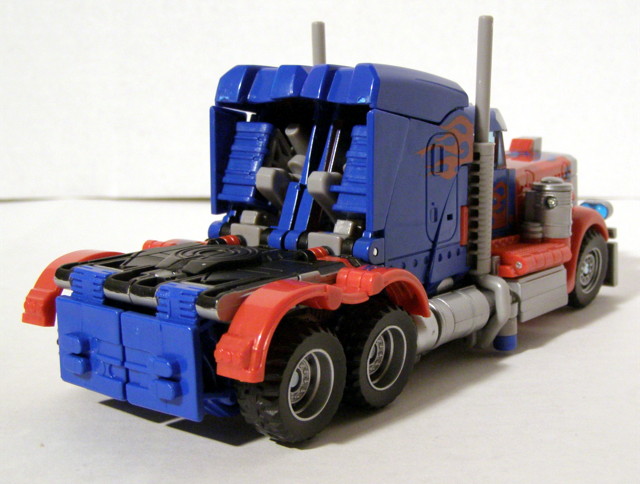 I find it amazing how the same figure can come off looking so different just by a change of class size. I should also note that the blue on this version is a lighter color than on the Leader version. One last difference in Alt mode is that RoboVision Prime has an attack mode.

By folding down the all plastic smokestacks and spinning the front tanks around, the smokestacks can now be used as laser cannons. The fuel tanks also contain a launchable missile each. A nifty little gimmick, kind of reminds me of RHINO from MASK in a way.