I managed to get this off of the Amazon Market Place who also had the other Wave 3 deluxes but I missed out on those. 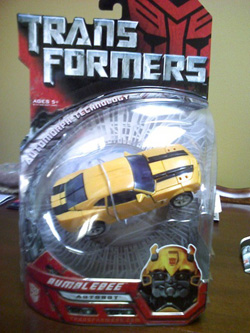 Packing:
Same type as the rest. The little buy list that came with the Voyagers and up is also included in this as well. The only new things on this is Ultimate Bumblebee and the Robot Replicas. 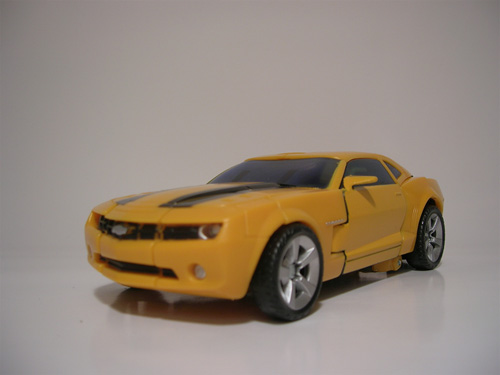 Vehicle Mode:
Very pretty, a mini Alternator, but with the GM license I bet they had to get it looking so good. All the windows are a clear dark blue. QC allready needs addressed, this paint on the doors looked to be a bit rushed, so theres some spots to where it is not that good. Overall, "HOLY CRAP GO GET THIS."

Transformation:
Open doors, pull legs down, pull shoulders down. Curse a bit here, rotate the top peices of the car that are on the arms. Pull the hood down and holy crap, we have the first automorph:

Pulling down the hood rotate the arms up and putting the chest in its final place.

The legs split of course and take the feet and pull out, and yet more automorph:

Doing this pulls the back window to the inside of the leg and the back end rises up as seen is the latest trailer. 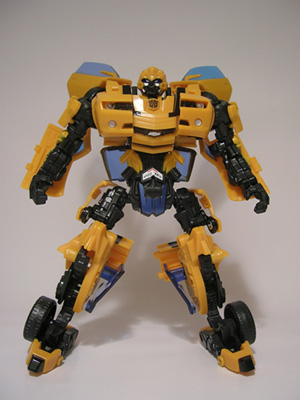 Robot Mode:
Looks very... 'atheletic' compared to him looking a bit chunky in the film. His head is a remold, a little extra here, a little there, he also has light piping, dark blue. Torso is set on a ball joint, he can lean in far, but cant lean back due to his windshield. Hands are on ball joints as well. Legs are just awesome. 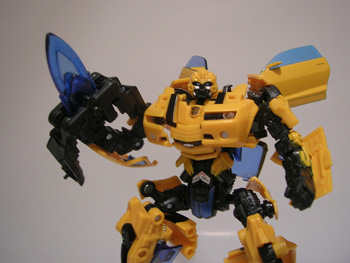 Weapon:
Based on his movie cannon, the blades cool. When you open it up the halves fall back and the blades comes up.

Overall:
This is a very, very cool figure. The alt. mode is worth $10. The robot mode is just as cool. My only gripe is the fact it looks like the '74 Bumblebee is now going to be left alone for some time.