Moving on to part 3 of this 10 part BotCon review series, I am going to take a break from the jets to review the only non-jet of the box set, Bugbite.

"Your mind is mine for the taking"

From the tech specs: Operations Commander - Bugbite is a Decepticon shrouded in mystery. Many serving under Bludgeon are unsure as to why he has gained such favor. Commander of one of the finest ships within Bludgeon's army, Bugbite enjoys unusual freedom of action, often disappearing for months at a time with his eclectic crew of ne'er-do-wells on missions of which none of them ever speak. Many under his command have abandoned partners and friends without a word leading many to suspect even greater duplicity than is typical among the Decepticons. 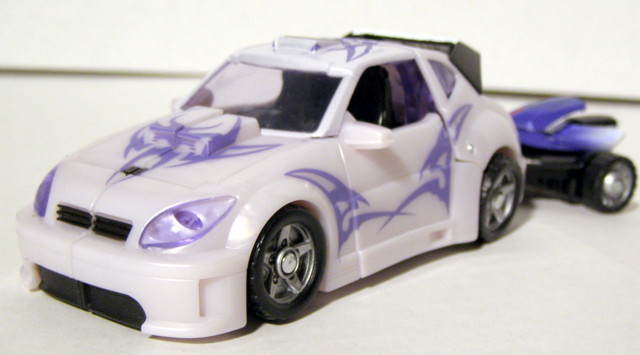 Bugbite is a repaint of the Classics Bumblebee figure. He is white with purple graphics. The headlights are also shaded in purple. Some people have called this gothic looking. I can see where that impression is thrown off. 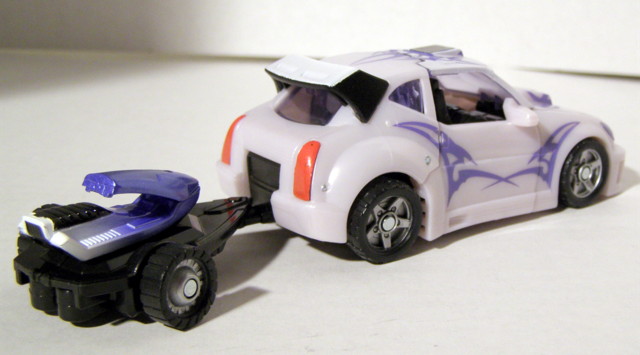 I had a QC issue (go fig) with the roof not lining up to the hatch leaving a big gap. Besides that issue, it's every bit as good as Bumblebee. Bugbite is also equipped with the Waverider accessory. 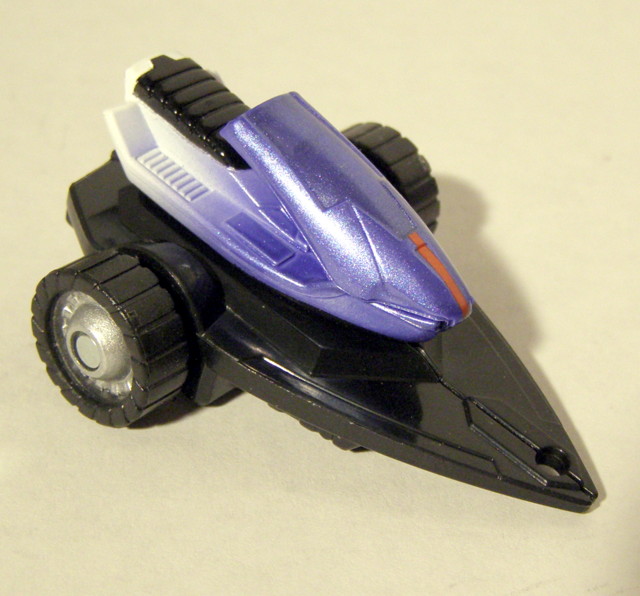 The waverider has been repainted purple with a fadeout to white in the back. The trailer is black has it has been. The waverider works the same way, forming the jetpack that can be used in robot mode. Transformation is exactly like Bumblebee's. 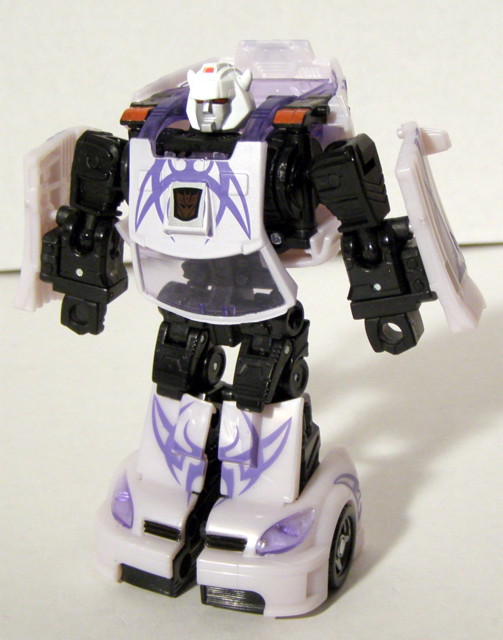 The goth look definitely comes out more in this mode. Like the other 2 'Bee molds, Bugbite has black limbs. Bugbite's head is also white and, since the head is the same, retains the same simple smile. 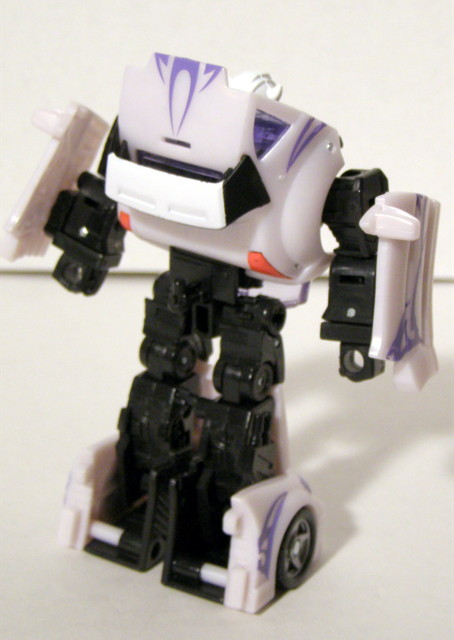 Poseability is just like Bumblebee, meaning there is a wide variety of articulation that can be pulled off. Balance is great and the jetpack really doesn't hinder this at all. Although Bugbite seems a little out of place besides the other jets in this set, he is a decent addition. In closing, perhaps I'll spoil it a bit. Bugbite actually stole Bombshell's cerebral shells and used them on everyone to gain his power! 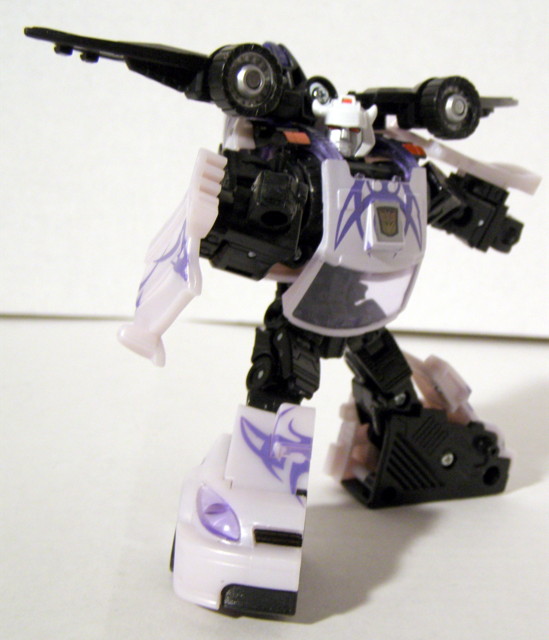