Part 4 of the Timelines reviews focuses back on the box set jets by looking at Dirge.

"Talk all you want, loser. The only sound you make that I'll listen to is a death rattle."

From the tech specs: "Dirge always had a mean side, but with his new lease on life his desire to end the lives of others has grown. After all, now he knows for certain that there's nothing there when you go offline. He thinks about it a lot, that nothingness. Every time he blasts another living creature into atoms, it gives his turbine blades a little thrill to imagine that life just blinking out and being gone forever.

Dirge is an exact repaint of Ramjet. He retains his G1 paint scheme of blue with gold and gold accents. Unfortunately, his wing makeup is also exact to Ramjet's. It's a shame they couldn't give the fuselage tailfins to him that he had in G1, but nothing's perfect. 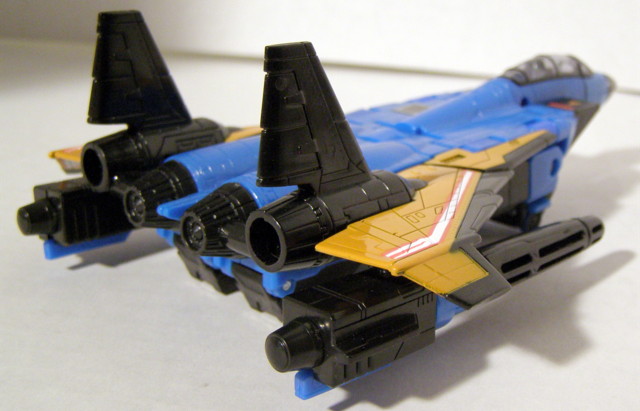 Dirge also suffers the same fate as Thrust and Ramjet... the visible head in alt mode. With the head pointing on the floor, it's not a big issue. His transformation is identical to Ramjet's. 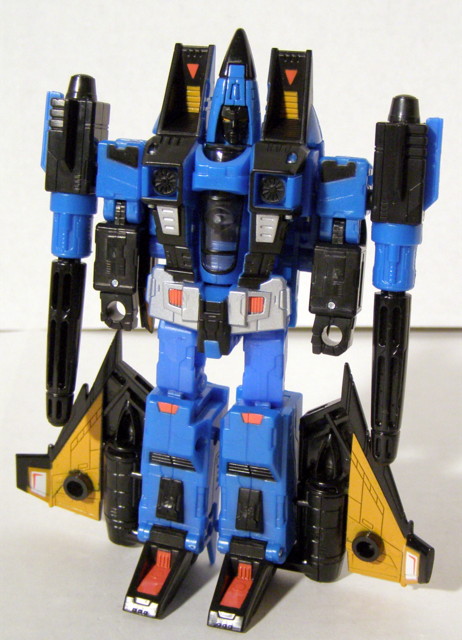 Dirge has bits of red showing up in robot mode. Otherwise, blue is by far the primary color with some gold on the wings and black bits on the limbs. Like Thrust, Dirge has G1 sticker facsimiles in various spots. 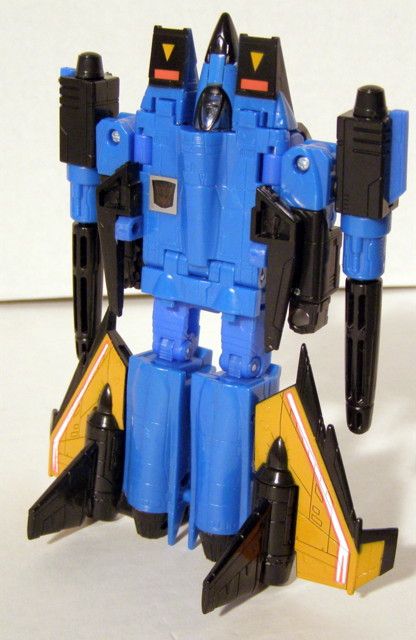 Articulation is like any of the other seekers, meaning stiff and notched. However, patience will prevail in getting some good poses out of him. While this is a great add to the seeker set, people will still lament at not having the ideal wing set up. Perhaps someone good at resin heating can pull that off. 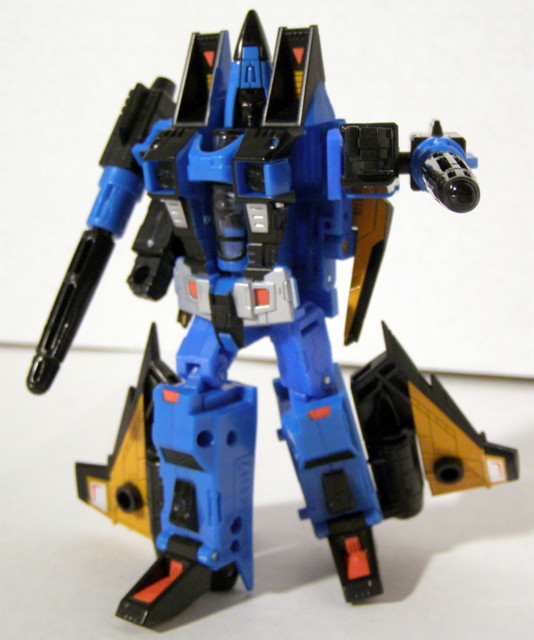