We're approaching the halfway point on our BotCon exclusives and will use this point to close out the box set with a look at Thundercracker.

From the tech specs: Air Commander - After being brought back on line by Megatron, Thundercracker just could not fathom serving alongside Starscream, the Decepticon who was the cause of his deactivation. Though he would have been just as happy to retire from the war altogether, Thundercracker decided to join Thrust and Dirge under the command of Bludgeon. Despite his utter hatred for Starscream, he often finds himself longing for the days when he was by both Screamer's and Skywarp's sides, raining fury down upon the Autobots.

Thundercracker is the exact recolor of Starscream, right down to the missiles. Thundercracker has his familiar blue paint job with red, white and black accents. Following the other seekers from the Timelines series, his scheme screams G1. 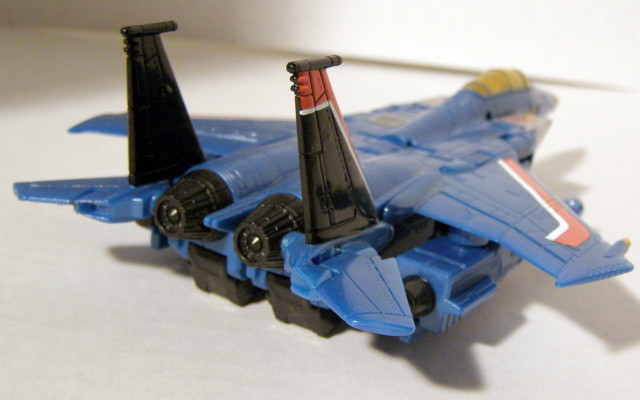 If there's one thing I wish they could have done different, it would be to hide that gaping hole of a chest cavity. The alt mode just doesn't look right with it being there. Too late for hoping now I suppose. Transformation is identical to Starscream. 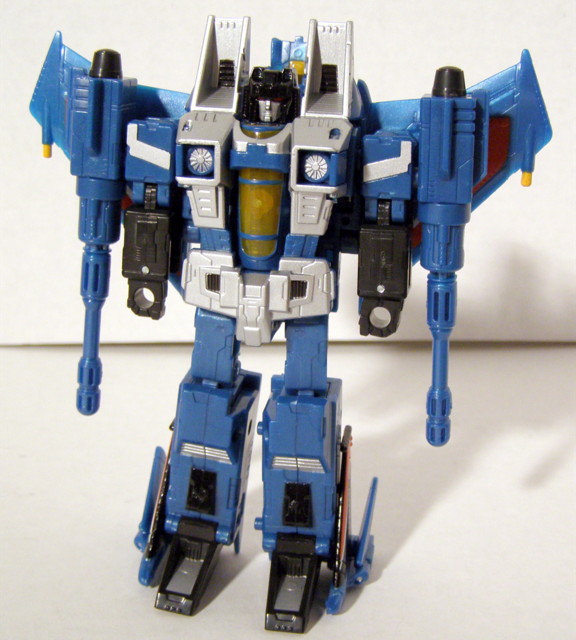 Thundercracker's robot mode is also identical to Starscreams sans for one detail. They actually got the face tones right! The face is silver, the eyes are a deep red and the cranium is black. It's a pity that Starscream and Skywarp weren't done as well. 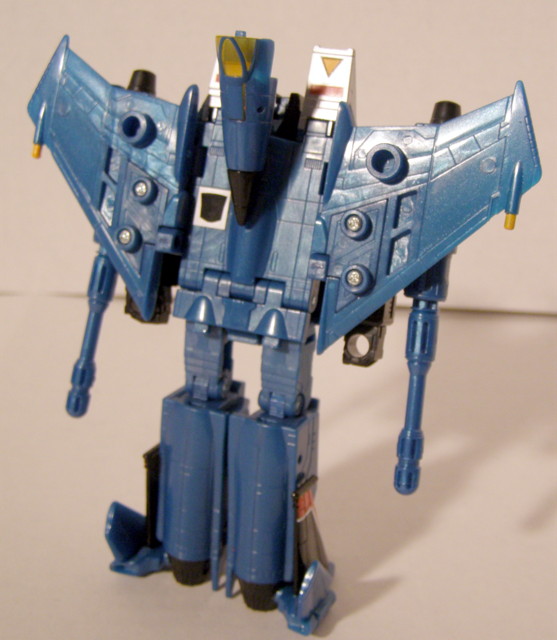 Posing is the same as the other seekers. Although this isn't the way most people wanted it, Hasbro finally gave us what we wanted. We got a tribute, through both Classics and Timelines, to the original 6 seekers. This will more than likely never happen again. For those who have the BotCon set, revel in it. For those who couldn't come up with the money to get the set, unfortunately it just wasn't meant to be. I'm not trying to justify what TFCC did with the exclusives, but if they didn't do it, Hasbro had no intention of doing it. 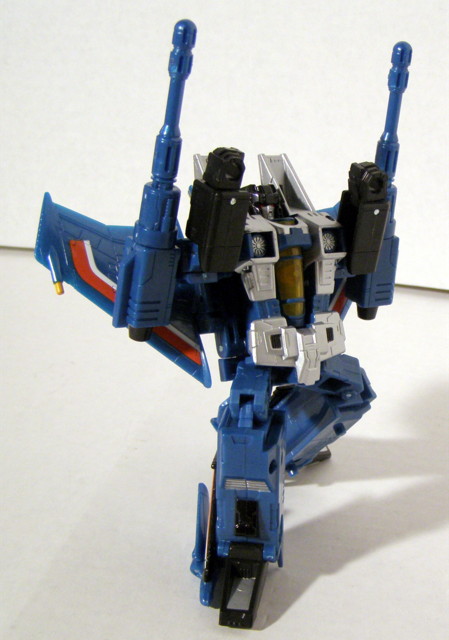 And for those who just want to see what all 6 seekers look like: