In part 6 of the BotCon figure reviews, we shift to the Autobots. When BotCon announced a 6th mystery figure that was exclusive only to Primus package buyers who attended the show, they made it sound like it was another Decepticon. However, that was not the case. Turns out the figure was Mirage, which is featured in the exclusive comic.

"You can't catch what you can't see."

From the tech specs: Autobot Spy - No one was happier at the end of the war than Mirage. Unicron destroyed, the Decepticons in exile and him home for good at last. Despite his concerns about going back to Earth to once again confront the threat posed by Megatron, he knew that it was no choice at all. Earth and war; that was his home now. Equipped with an upgraded form and modified weapons, including an enhanced version of his invisibility mode, hi fights again alongside Optimus Prime to once and for all end the threat of the Decepticons.

Mirage is the Classics version. However, this figure is done entirely of clear blue PVC. No paint apps or stickers of any type appear on him besides the rub sign towards the rear. This is a representation of his cloaking ability. He retains his F1 race car alt mode. 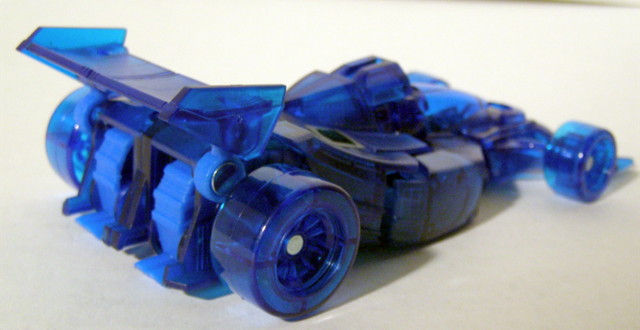 There have been complaints about this figure being somewhat loose. Although I haven't experienced such problems (like the spoiler issue), I do notice his waist is pretty free-going. I haven't tried to tighten it up yet, but we all know QC is an issue with these people. 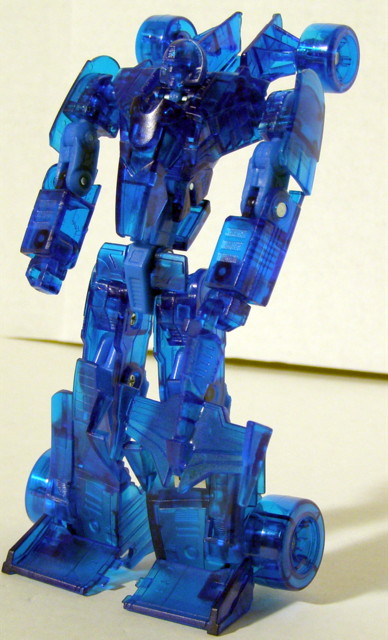 His robot mode is exactly identical to his original Classics mode. I have heard in the past that the clear PVC molds are subjectable to fragility. However, I haven't noticed any imperfections in the plastic as of yet. 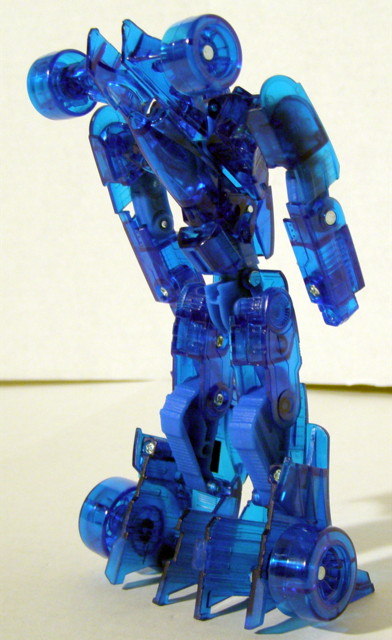 This is a very nice exclusive and one that is available only to BotCon attendees. Prices are ranging around $50 in eBay auctions. Seems a bit excessive to me but you know what they say. Demand drives prices. 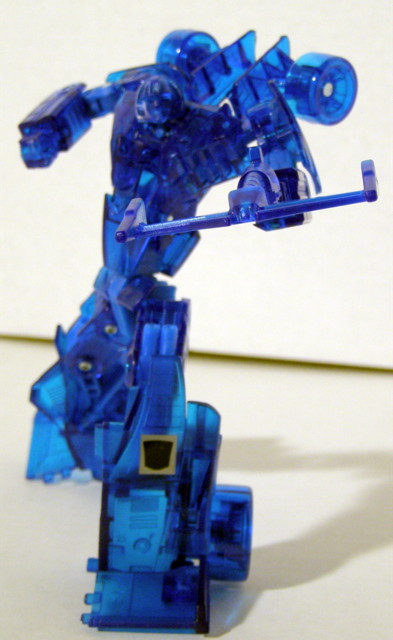