We now come to the 2nd half of the reviews, where we feature the exclusives available from the TFCC sales booth in the BotCon dealer room. Two sets were sold. The first set we will look at featured Alpha Trion and Weirdwolf. Guess who's up first...

From the tech specs: Cybertronian Sage - Just like the Alpha Trions from other continuities, A3 seems to possess much knowledge and has a great understanding of the Universe and the Transformers' role within it. His constant companion is a small robot possessing many of the traits of the super computer Vector Sigma. A3 has been an advisor to many Transformers, a role he is both comfortable in and suited for and even in his old age there is still more than meets the eye to this battle hardened Autobot. Not much else is known about him, but for three travelers, the information he has is of great importance and they long to find out more of what he can offer them. 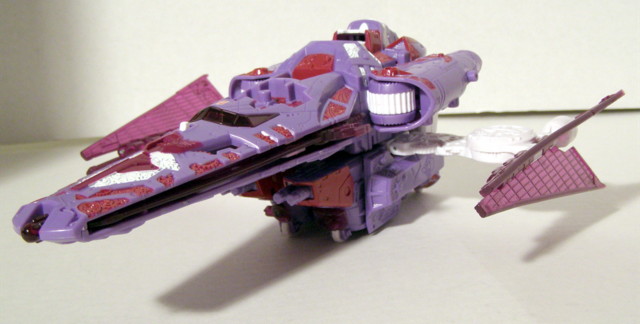 Alpha Trion was to be one of last year's exclusives, but for reasons unknown he wasn't released until this year. He shares Cybertron Vector Prime's alt mode of an interstellar craft. The colors are mistakenly A3's. However, the combination looks odd on this figure. He is primarily a lavender color with crimson red and white accents. 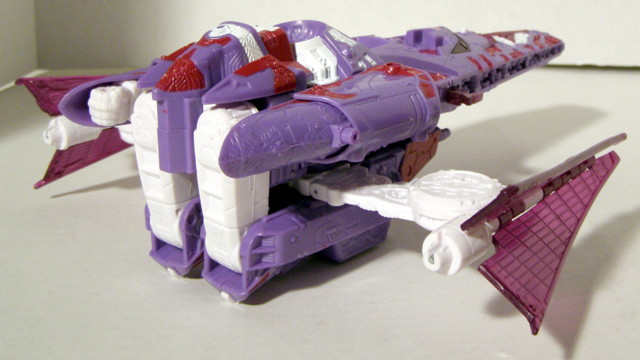 While the figure looks good from some angles, the kibble factor ruins it in others. You can transform him basically just by looking at him and it breaks up the lines of the alt mode quite noticeably. There are other details, such as the radar dishes underneath his nose piece, that help offset that kibbled look. Alpha Trion is joined by a repainted version of Vector Prime's minicon, Safeguard.

I thought it was lame that the minicon didn't receive his own name. There is the tie in that this minicon might be an extension of Vector Sigma but still... he deserves a name. Anyways, the minicon has the primary lavender colors of Alpha Trion but replaces the crimson red with gold accents. 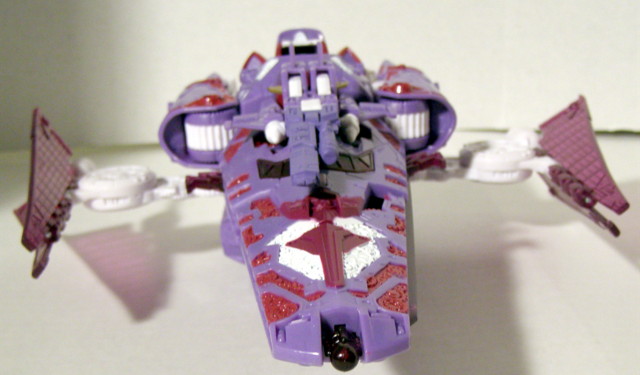 The minicon can also mount to Alpha Trion's nose as a nose mounted laser cannon. This is in addition to the launchable missile in A3's nosecone. Alpha Trion also possesses a Cyber Key. 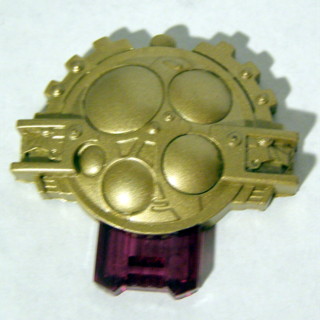 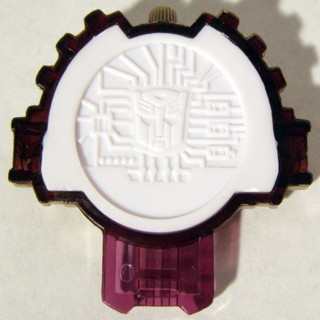 The key is very plain looking in retrospect to most other Cyber Keys. The front is all gold with a burgundy insert. Whereas Vector Prime's key had all 4 planet symbols on it, this has nothing but ugly boils. The back is all white with an Autobot insignia, which is fine since a Cyber Key code is pretty much useless here. Transformation of both figures is identical to Vector Sigma. 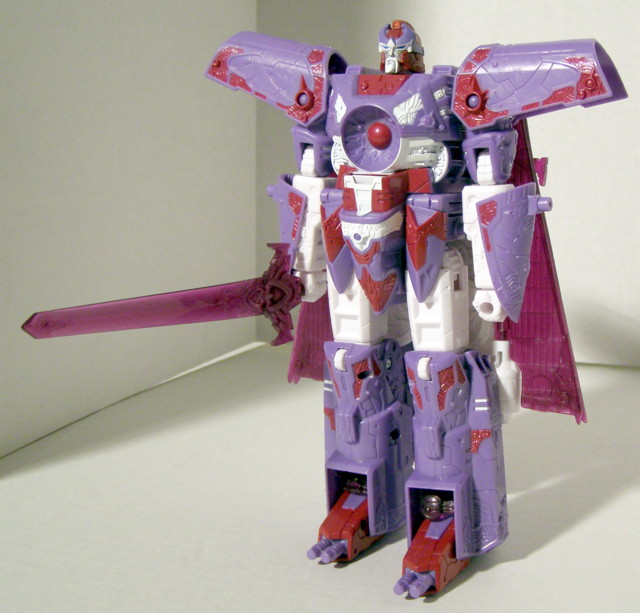 In robot mode, the color scheme looks more in place. The Vector Sigma mold is virtually perfect for A3. The wings that fold up in the back resemble A3's cape he had in the G1 continuum. The head sculpt is also a dead ringer for G1 Alpha Trion. The annoying electronic sounds still exist with this figure if you insert the Key, but fortunately you have the option NOT to add batteries. That aside, this is perhaps one of the highlights of all the BotCon figures offered this year. 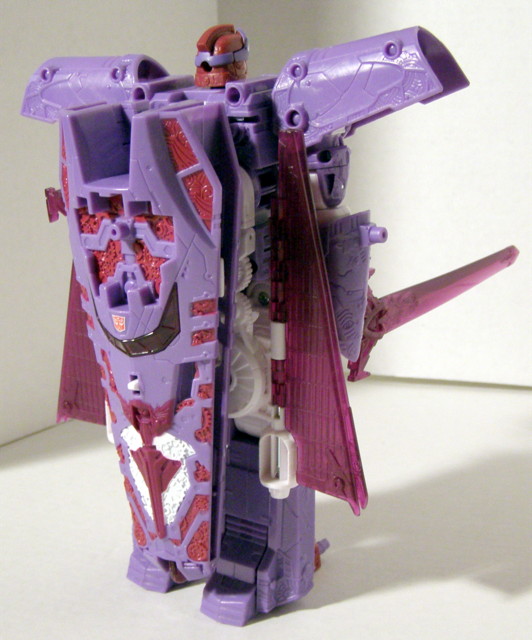 Alpha Trion features the same sword Vector Prime had. The minicon can also mount to either arm for extra armament. Poseability is just as good as Vector Prime was, which is to say very good if not excellent. Getting this figure with Weirdwolf ran about $89 at the show and so far I have seen this go in excess of $220 on eBay. However, he is definitely one to keep watch on and a worthy addition even to the purest of G1 fans. 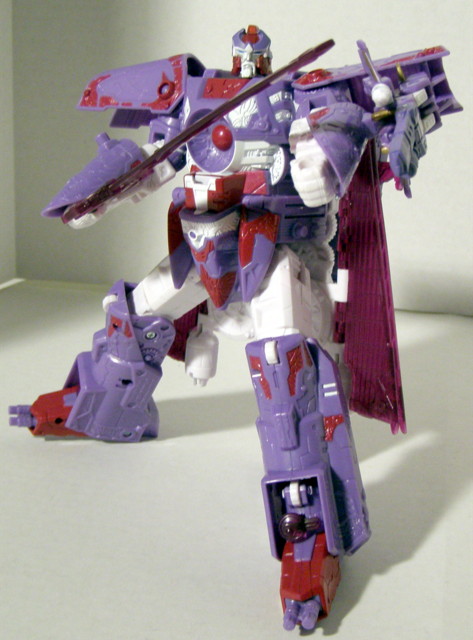