Part 8 of the BotCon reviews brings us to our last Decepticon of the group. This is the figure that was lumped with Alpha Trion, the former Headmaster known as Weirdwolf.

From the tech specs: Tracker - When a league of Decepticons followed Fortress Maximus to the planet Nebulos, Weirdwolf became one of the original Headmasters under the command of Scorponok. While binary bonded to Monzo, Weirdwolf was a Decepticon many would not dare cross. When recently assigned to serve under the command of Bugbite, Weirdwolf became the subject of an experiment to undo the Headmasters process. While on the surface it was successful, many would argue that returning Weirdwolf to his "normal" Nebulon free state has brought back a Decepticon who was anything but normal. Constantly talking in double speak, sometimes making sense, while other times it would appear that only "Wolfie", the head of his beast mode, understands. It's the ultimate case of talking to oneself. 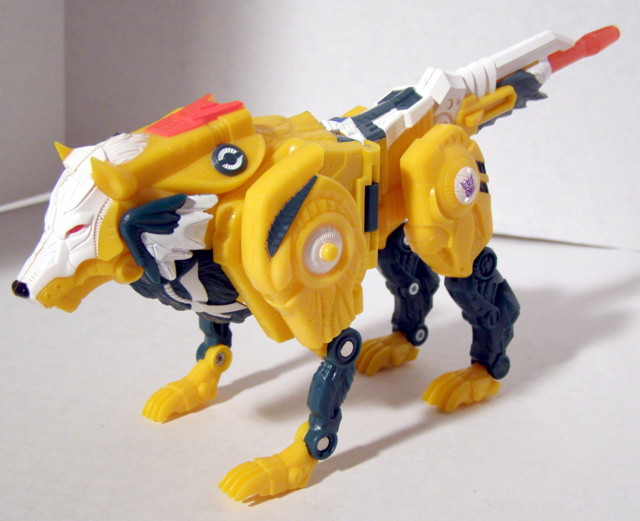 Weirdwolf borrows his mold from Cybertron Snarl, which was also a wolf. The color scheme is similar to his G1 counterpart, that is to say kinda gaudy. He is primarily yellow with forest green, white and orange accents. Not the kind of colors you see paired up often. 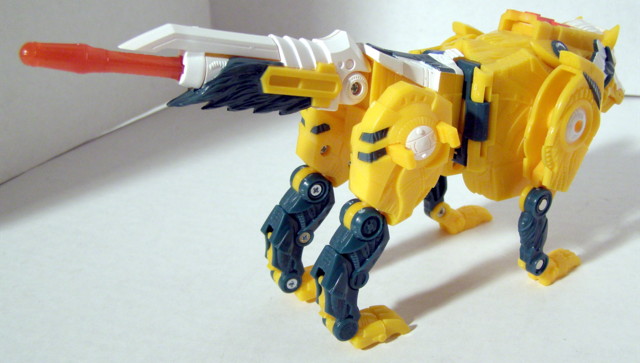 His tail, like Snarl, doubles as his hand weapon in robot mode. It can 'wag' up and down and features a launchable orange missile. Poseability is decent, but not perfect. Weirdwolf also feature Snarl's Cyber Key. 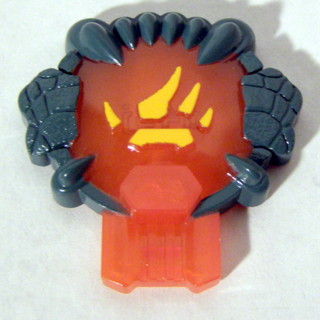 You can tell it's Snarl's key because it has the same Cyber code in the back. I would have thought they'd omit that. The key is orange with forest green on the outline. Inserting the key bares his fangs, but like Snarl the key won't hold position if you take pressure off of it. Makes it hard for photo shoots. Transformation is identical to Snarl. 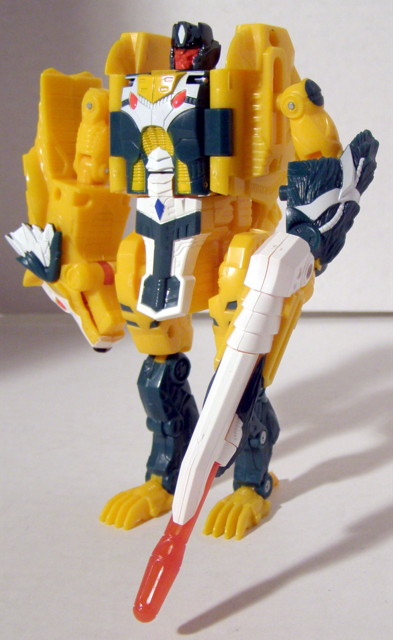 Yellow remains the primary color in robot mode, with the other colors showing as well. A little blue shows as well in the chest. The face is especially contrasted, with the orange face and green cranium. As with Snarl, the tail can form either a sword or a rifle in his left hand. The right arm bears the wolf head, or Wolfie as his tech spec described. 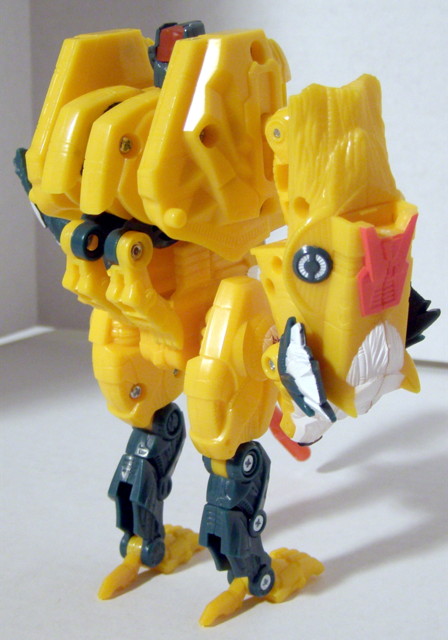 Articulation is identical to Snarl's. You can strike some worthy poses once you get the legs to cooperate. This is a nice tribute to G1 Weirdwolf and a good throw-in to Alpha Trion. 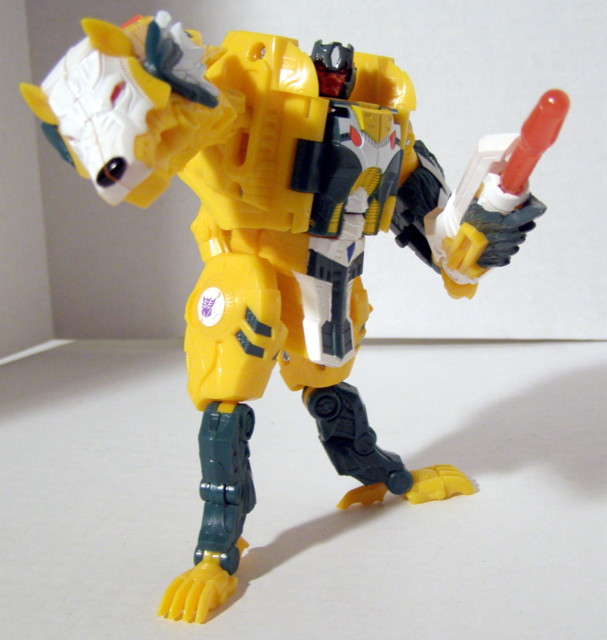