Now at part 9 of the BotCon figures review, we turn our attention to the other exclusive 2-pack, which could be considered a Wreckers pack. First up for review is the former Triplechanger, Springer.

"I'll go anywhere in the universe, so long as it means scrapping Decepticons!"

From the tech specs: Springer spent much of the war with the Decepticons going it alone, making friends along the way, but never staying in one place for any extended period of time. As word of the defeat of the Decepticons on Klo made its way throughout the galaxy, Springer was a bit disappointed when he thought that there would no longer be a war to fight. When he was approached by Grimlock to join the crew he was leading to hunt down Bludgeon and his army, Springer jumped at the opportunity. Serving as Grimlock's security chief, Springer is one Autobot that the Decepticons usually think twice about crossing. 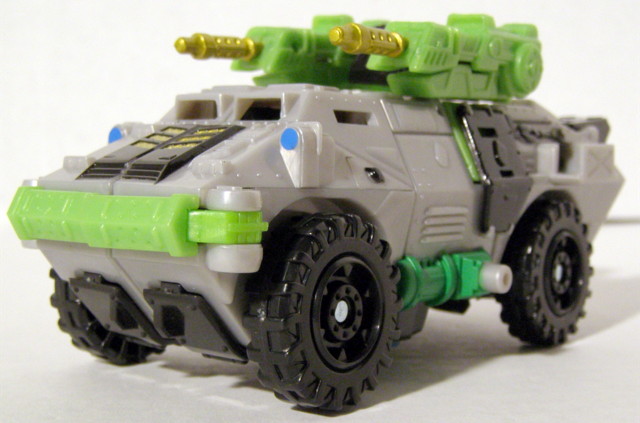 Springer lost a mode, settling to be an armored transport. He shares his mold with Cybertron Defense Hot Shot. Primarily a light gray in color, there is plenty of fluorescent green thrown in along with some blue and yellow. While the green harkens back to his G1 color scheme, it looks slightly out of place on an armored vehicle. Yet, strangely, it looks halfway decent as well. 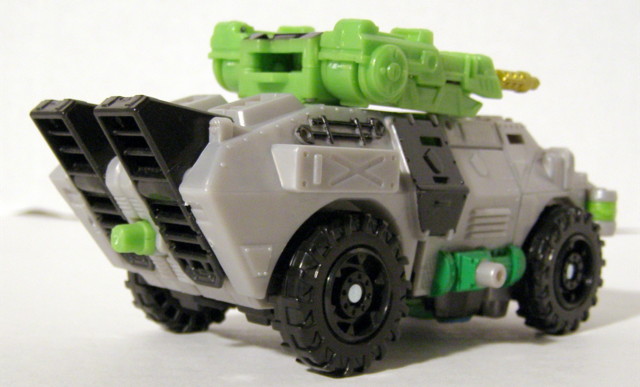 The knife used in robot mode shows in the back and could be taken for an exhaust port. The guns on top also rotate 360 degrees. 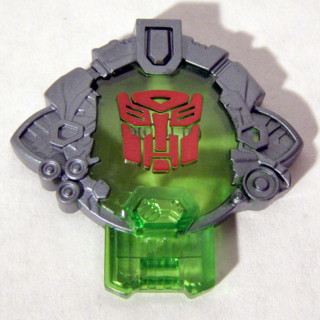 Springer's Cyber Key is exactly like CD Hot Shot's except with green instead of the clear backing. Even the key code is the same. Makes you wonder why they bothered printing they key code at all, since the Hasbro website no longer offers the unlock feature (so far as I know). 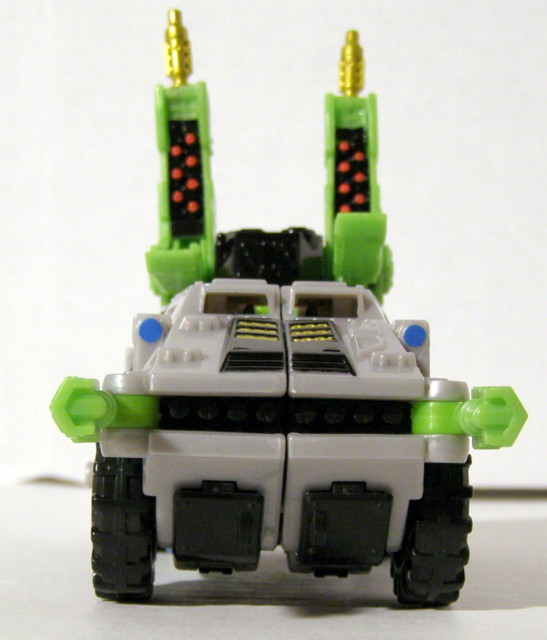 The key, once inserted in the gunpod, flips up the guns to reveal a battery of missiles. You can also swing out the front bumpers to expose 2 more cannons. Transformation is identical to CD HotShot. 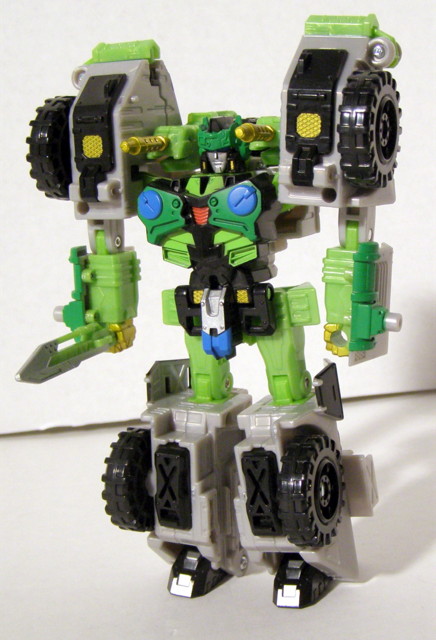 More green shows up in robot mode and you can more easily distinguish the 2 shades of green used. There is also a trace of red on his chest. The head sculpt is unchanged, but is still a good representation of Springer. 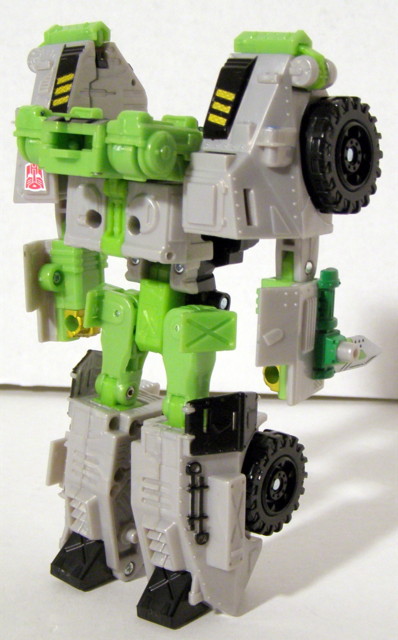 I was a big fan of this mold when it was HotShot because of the fact he had so much firepower. You could look at the knife in his hand and the shoulder cannons and easily think he was poorly armed. The calves, shoulders and guns (with help of the Cyber Key) hid enough armament to level a small town. Even though Springer doesn't have a third form, I think this is the best mold available to repaint in his likeness. 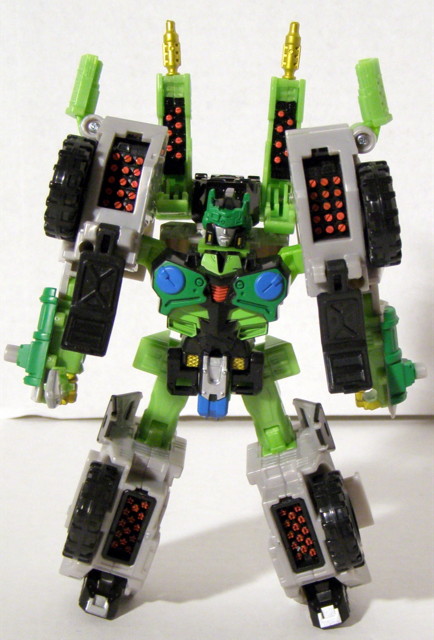