Finally, we come to a close on the BotCon exclusive figure reviews with a look at another intelligently chosen repaint. When Cybertron Armorhide was reviewed, I remarked how a Huffer repaint would make perfect sense. TFCC seemed to think so.

"Yeah, I can build it, but I don't see the point. 'Cons will just blow it up anyways."

From the tech specs: When Huffer finally returned home to Cybertron, most Autobots figured he would never again venture any further than the construction mines of Iacon. When it was revealed that he had agreed to join the crew of the Gravitron, nobody was more surprised, or impressed, than Optimus Prime. Maybe it was because there was little work for him to do on his newly rebuilt homeworld., or maybe he had been accustomed to having what he built destroyed. Regardless, he had decided to leave Cybertron again and to use his skills in a new venture. 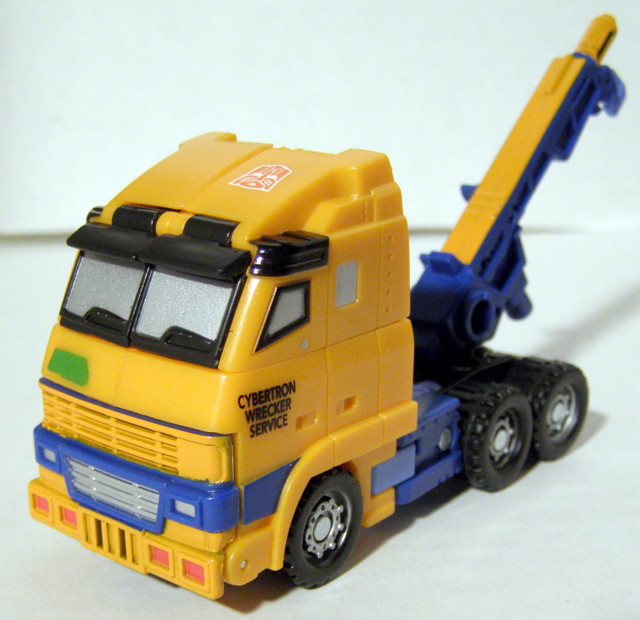 I'm actually surprised this figured wasn't originally named Huffer back in the Cybertron series, it fits so well. Anyways, he shares Armorhide's COE semi mode. He is mainly yellow with blue accents and some orange showing on the front bumper. There is also a splash of green below the passenger windshield. Scripted on his doors is "Cybertron Wrecker Service". 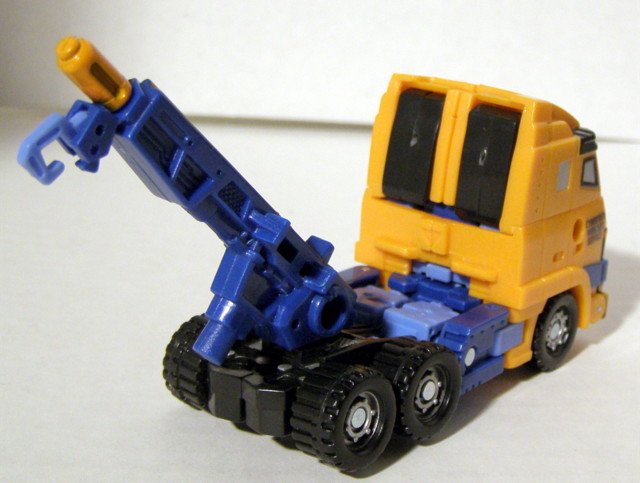 Huffer also has the tow hook on his rear. The hook has a little play, but is otherwise stationary. Although you can see the fists on the tail of the semi, it's the only negative thing you can honestly say about the mode. 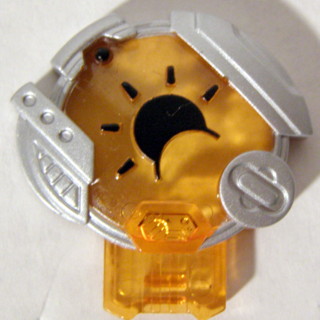 Huffer also has Armorhide's Cyber Key. The key is hued in yellow instead of blue but has the Earth symbol on it. They also omitted the key code, which they should have done on the other exclusives. 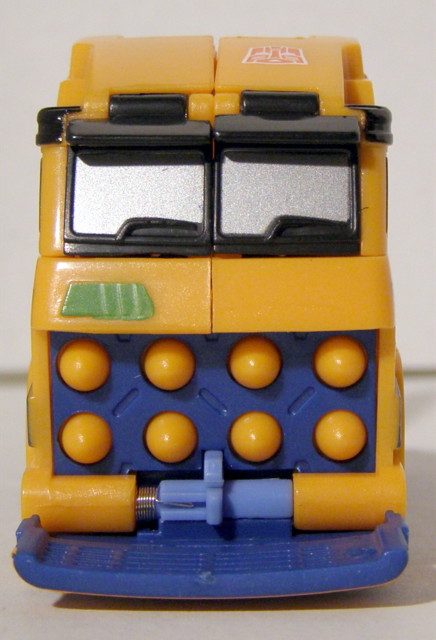 After removing the tow hook, inserting the key in the back of the cab flips the grille down to expose a missile battery. One of the more imaginative, and useful, key gimmicks from that series. Transformation is identical to Armorhide's. 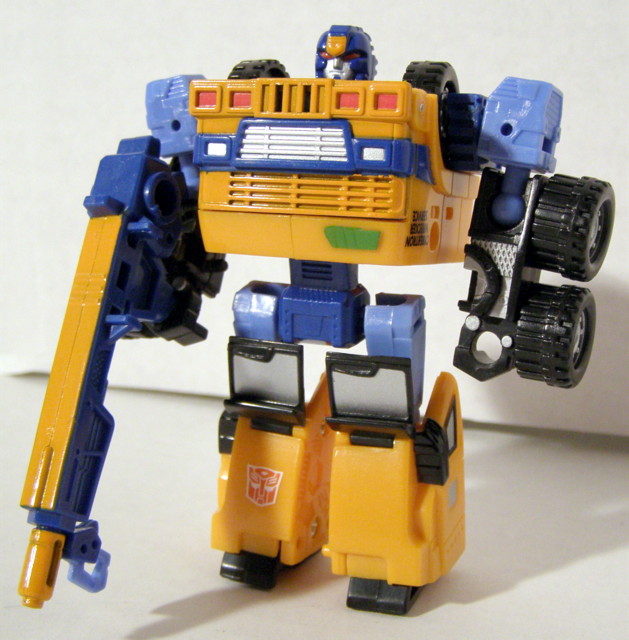 This was an excellent figure in Cybertron and this repaint makes good use of it. The color scheme remains pretty much the same, although the yellow is now more spread out. The tow hook now becomes his rifle. 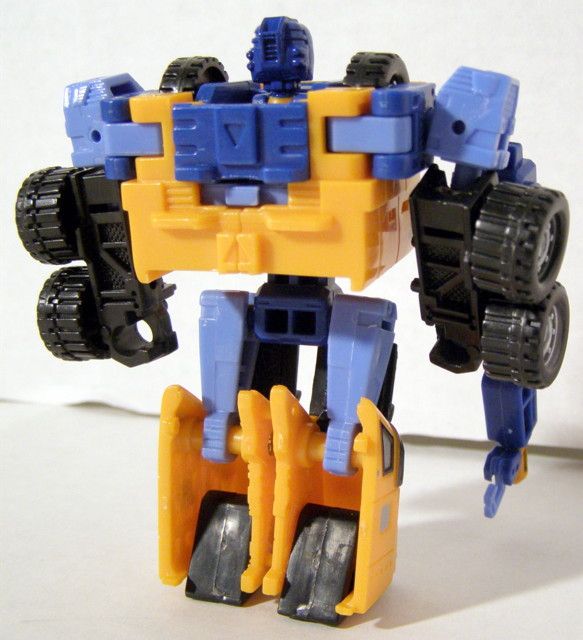 Articulation is also good, but I had to tighten a couple of sloppy joints up first. There's that QC again! The Cyber Key mode also works in robot mode quite well. Fortunately, this figure can be used as a template to paint your own should you have been unlucky enough not to attend the show. It's just unfortunate that, like alot of the other exclusives, this wasn't offered en masse. 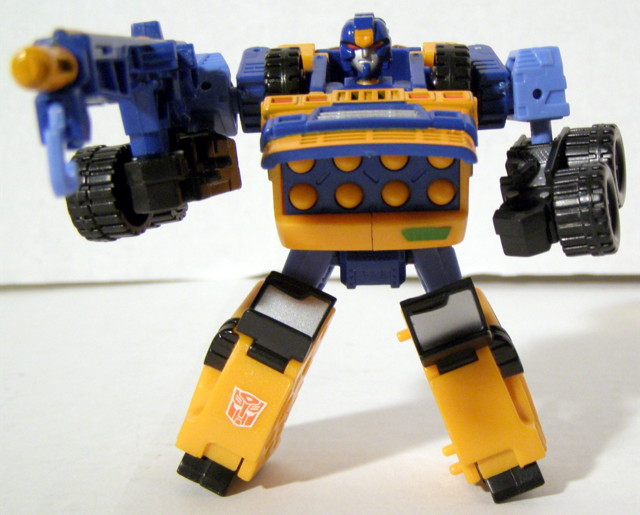 In closing, this was my first BotCon. While it was definitely worth the money spent, it's definitely not everyone's gig. If you're a casual fan, it might even bore you. If you get irritated with people asking well known or repetitive questions, the panels are not your thing. And if you don't like being teased with rare figures for sale, the dealer room is an evil place. I got to meet both Stan Bush and Peter Cullen face to face, which isn't something you can do every day. You also get to share your passion with people that can relate. I would recommend any serious TransFan to attend at least one show. As for me, I might do it again but don't think I'd go cross country to do it.