One of the first released in the 6" Titanium line was a GI Joe derivative of Megatron. That figure was poorly constructed and almost impossible to pose. It also missed the mark of what the collectors really wanted, a War Within version to sit along side the Optimus Prime. Hasbro has now corrected that problem and released a War Within version of the Decepticon leader. 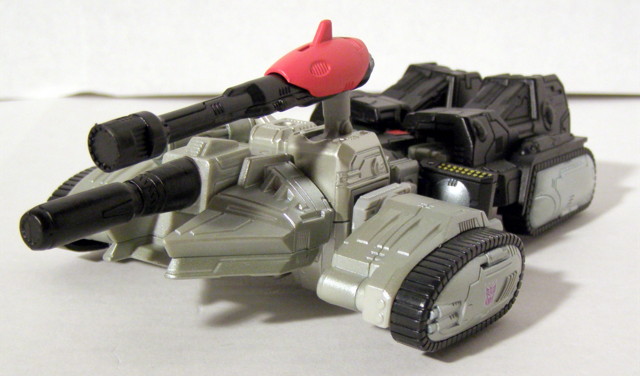 Megatron's alt form is a Cybertronian tank. However, it just looks like a folded up robot with a couple of turrets. The tank is mostly silver and black with a red flanking cannon on the left side. There is also the main turret in the center and a smaller cannon on the right. Towards the center there is what looks to be a battery of surface-to-air missiles. 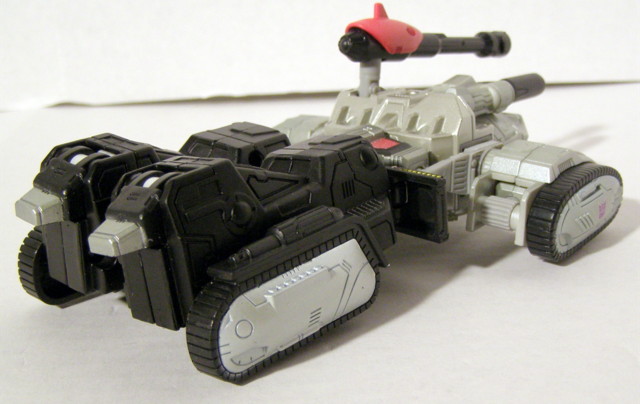 They managed to get some details right. The amount of weapons and their respective positions look spot on. The treads for the tank are also accurate to the Don Figeuroa design. However, the overall aesthetics of the tank are way off and very uninspired. Transformation is extremely easy and doesn't require instructions. 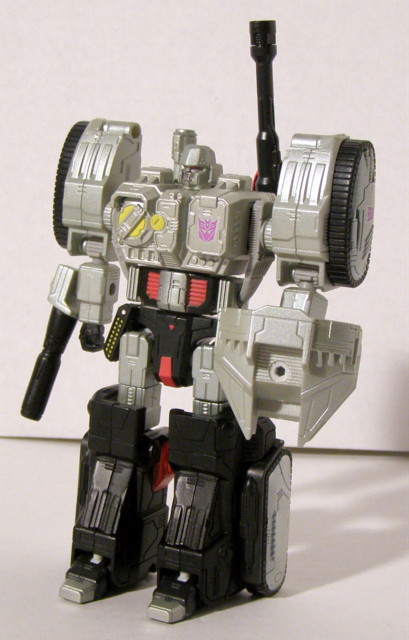 On the flip side, the robot mode is very well done. All of Don's design elements are done very well sans one. I'll touch on that momentarily. The legs are mostly black, with the upper body being mostly silver. There are touches of red in various places and the yellow orb on the right side of the chest. 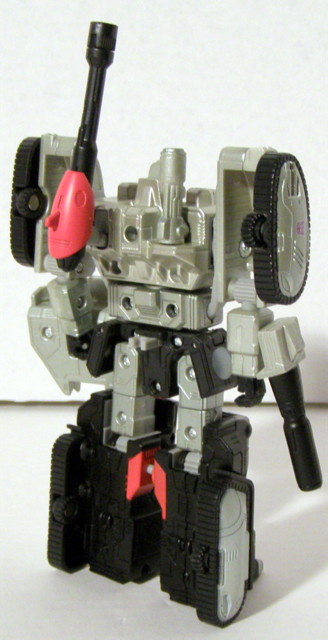 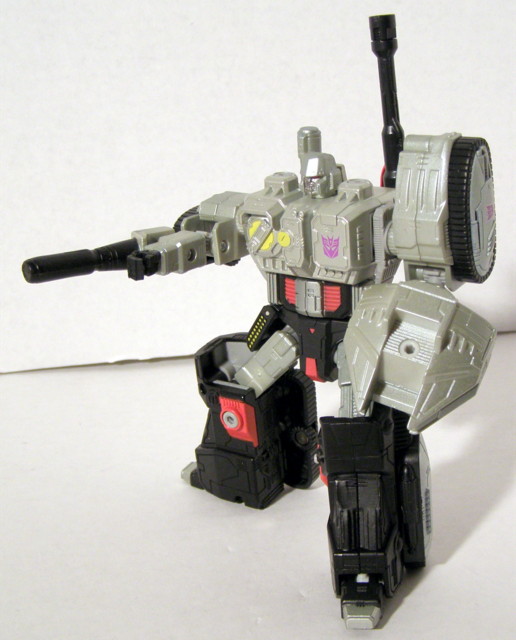 The lack of wingspan shoulder movement really hurts this figure. Not to mention the clips to hold the arms to the chest aren't very tight, which tends to make the arms sag from the chest. The main turret removes and becomes his arm cannon and shield. Unfortunately, due to the design of the turret, you can't flush mount the arm cannon. In fact, it fits so loose it's a challenge to keep it on his arm! You're better off leaving it on the shield and using it as a hand weapon. Once again, Hasbro has taken a great idea and poorly executed it. Perhaps, sad to say, it's a good thing Titanium is starting to draw to a close. Best to admire this figure from Robot mode.