Mr Potato Head has been around for a very long time and has alot of different variations, including a Mrs. Lately, the designer spud has had movie themes with everything from Star Wars character Darth Vader to Spiderman. This time, Transformers gets their hands on Mr Potato Head and pays tribute to Optimus Prime. 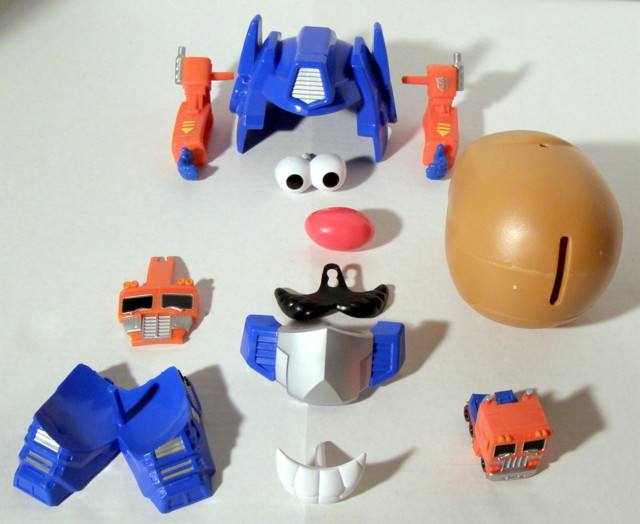 Included with this version are the standard eyes, nose, mustache and smile that Mr Potato Head is known for. To make this more Prime, there is also the chest, mouthpiece, helmet, feet and arms for the G1 Optimus Prime. Also included is a toy semi. 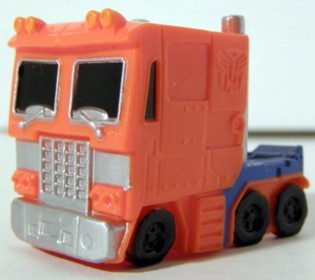 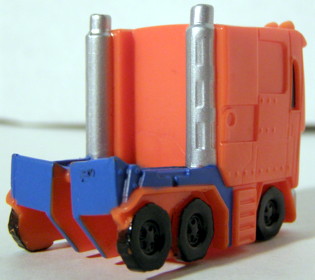 The toy semi is a miniature version of G1 Prime's alt mode. It is mostly red with silver stacks and some blue on the tail. You can spot the Autobot symbol on the cab. While being minimal and not having a home on the potato itself, it's a nice throw in. 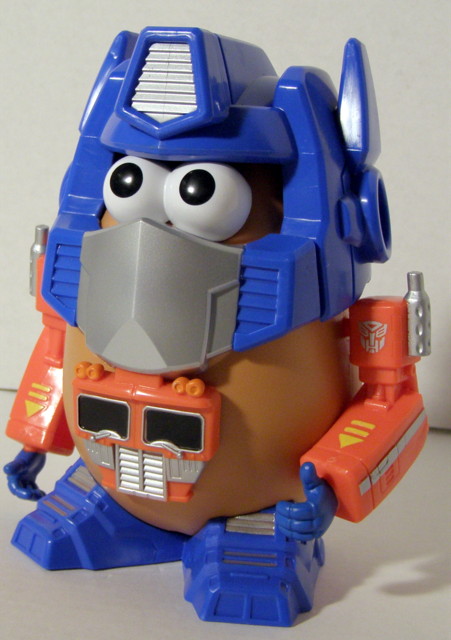 This is how he comes out of the packaging. He has that silly charm that Mr Potato head is known for. What I'm unsure of is why they chose a G1 look. Being that this is released alongside the movie and Hasbro has expressed interest in moving forward, it's weird why they chose to go back instead. 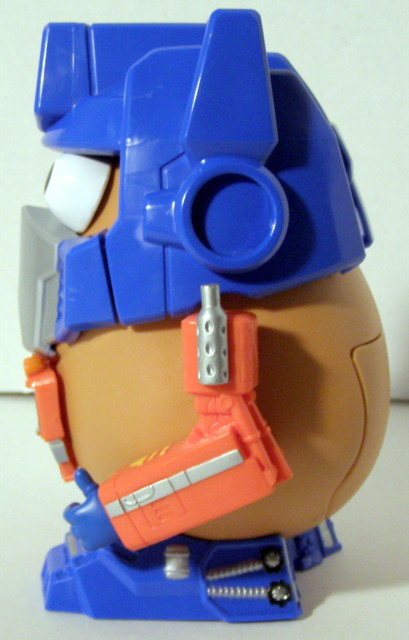 At any rate, the details are all done well for this type of figure. Although there aren't alot of accessories to go with this figure, there are several ways (as the box art shows) you can dress the figure to get zany results. Of course, if you (or your child) own other Mr Potato Head figures, the parts do intermix since the basic potato body is identical to any other Mr Potato Head offering. Definitely something fun for the kids to toy with. 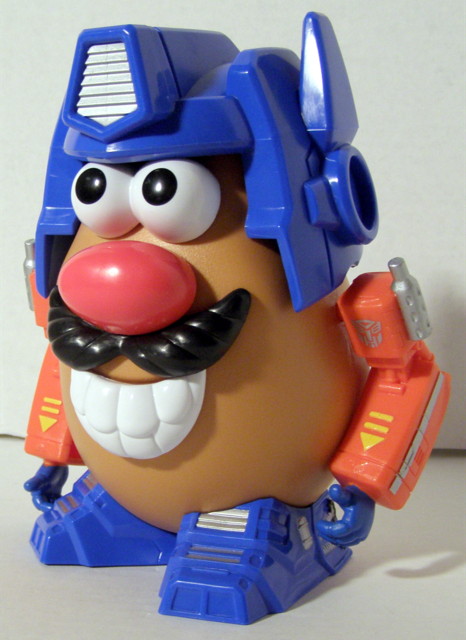