PowerUp has the alt mode of a portable gaming system. Color is primarily white with black edges. Those edges house the game controls. On the left is a D-pad, to the right are 4 action buttons in various colors. The buttons are all linked on a common pad. Both 'pads' do move to give you some sense of being real. However, the start/select buttons in the middle are molded. There is evidence of a small speaker above the select/start buttons. Finally, purple shoulder buttons (also molded) throw the color scheme a bit.

Perhaps more proof that the Real Gear line was a thought for the Cybertron series, PowerUp has a screen shot of Cybertron Jetfire battling in a city scene. How this ties in with the movie is anyone's guess. The back carries the white and black motif and is rather mundane, considering the head is poking out back there. Transformation is simple. The black edges pull out to form the legs. In a bit of automorph technology, pulling the shoulders out will automatically pop out the head. 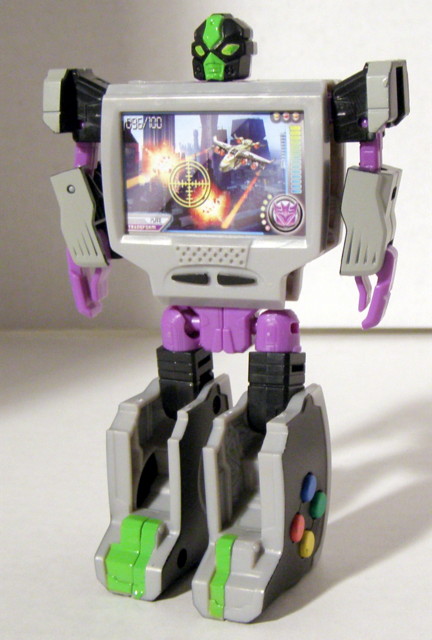 The robot mode brings out a rather loud neon green in the legs and head. The head is definitely alien looking, if modeled after the traditional alien look. The eyes are also piped green for extra effect. Unlike Spyshot, the pincers for hands don't move. 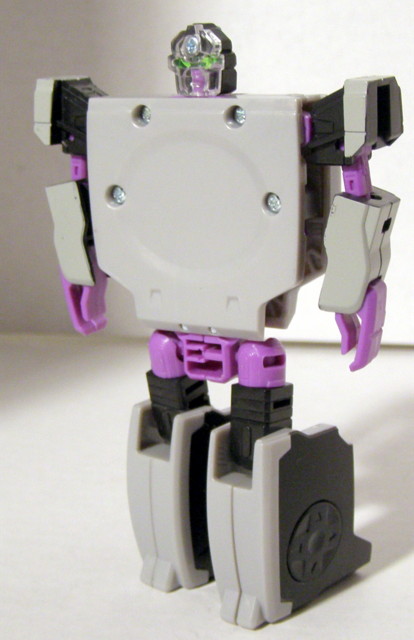 One of the draws to the Real Gear figures is that the articulation is quite good. PowerUp is no exception to that rule. However, he did have the QC plague. The buttons were scratched up in the packaging and evidence of overspray was everywhere. However, at $7, this little guy is quite the value. 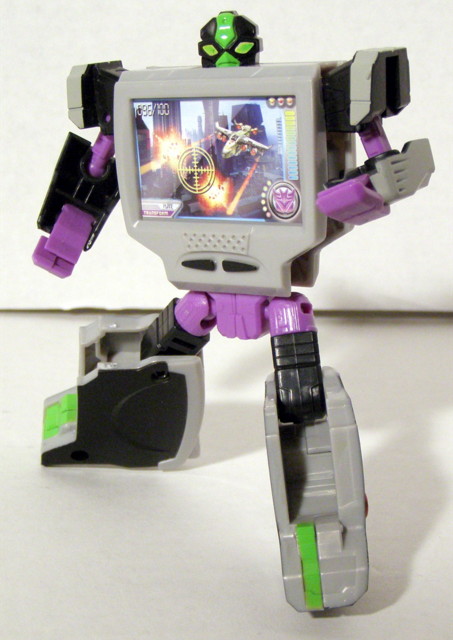