As we start entering the next wave of Deluxes (finally!), we will be greeted more with the many drones used for the Transformers video games. First up on the list (because he's the only one I've spotted so far) is Payload, a Decepticon with a bio that is reminiscent of G1 Octane. 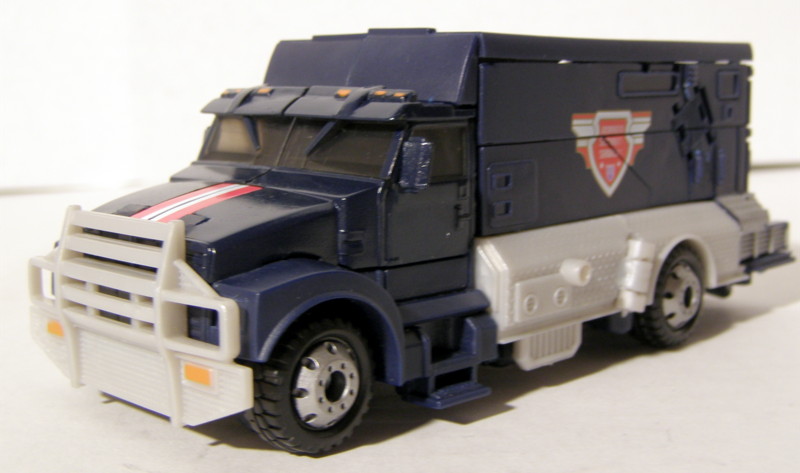 Payload's alt mode is an armored truck, which is a first in the TF Universe so far as I know. If I stand to be corrected, then please correct me. He is a dark blue color, with a red banner on the rear reading "Armored Security Services". A Decepticon insignia resides on the bottom of the banner. A red and white stripe runs down the middle of the hood. The ground effects are a grey plastic, but have detailing to mimic a steelplate finish. 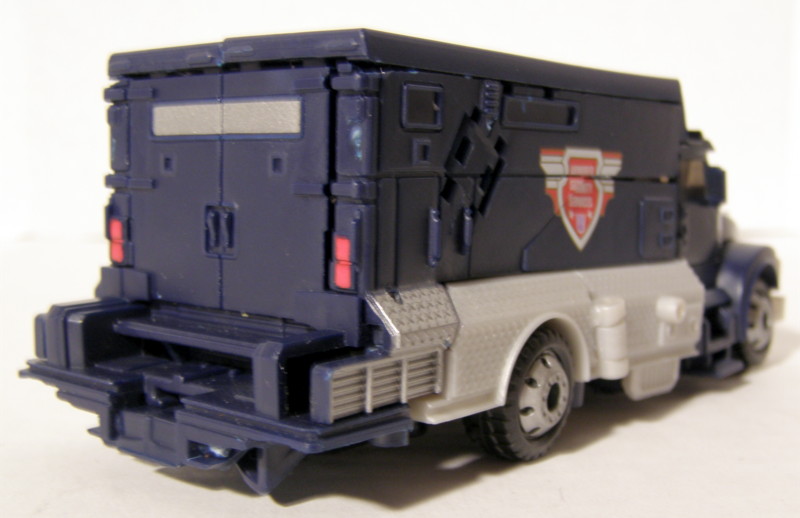 Overall, the detailing is done very nicely. However, some silver paint or chrome foil would do wonders for the ground effects and the pushbar up front. His transformation is as unique as his alt mode. However, it can be a pain in the decklid. This figure is very fragile and at times, I had parts popping off all over the place including his chest/head and legs. 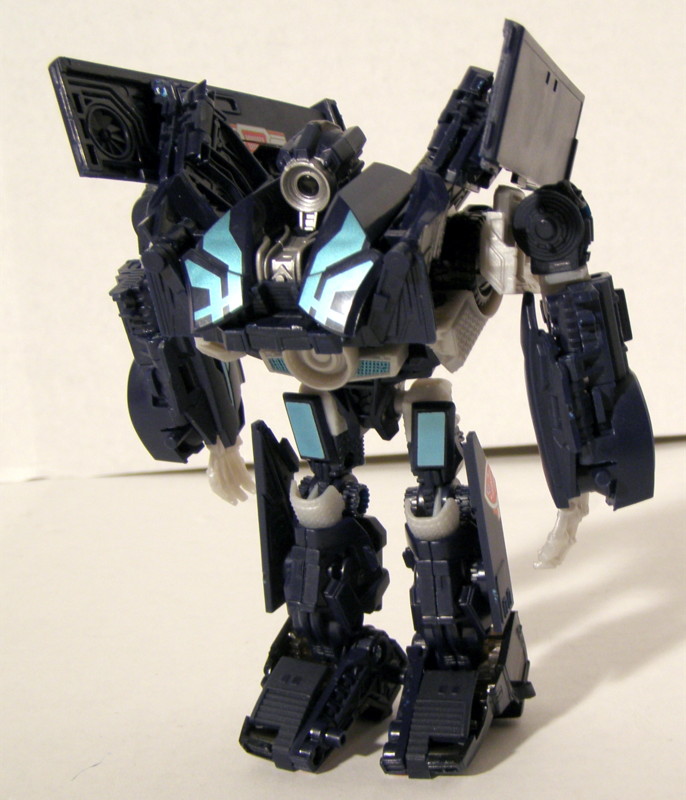 The robot mode looks very good for the most part. Some turquoise pops up in various parts of the legs and chest. Like the other drones, he has the mono-lens head that some people would love to hate. However, it doesn't look too far out of place here. One minor disappointment is with the feet. It's hard to keep a sturdy pose with him due to how they arch. 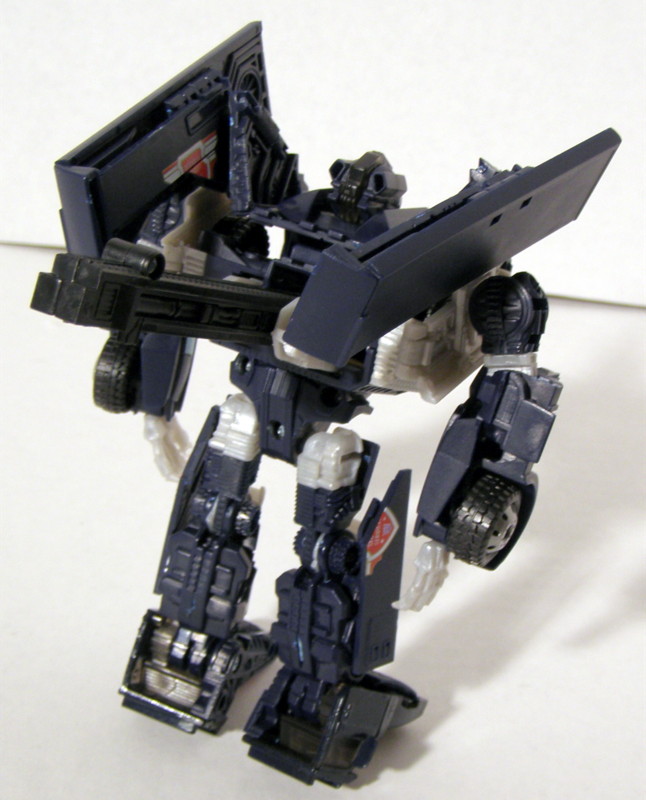 One major disappointment with this figure is the rod shoved out his back. It doesn't help balancing the figure too much and looks out of place. However, this rod is part of his gimmick. Pressing the rod towards the body will ratchet his abdomen out like a ram. Keep pushing the rod until it's flush with his back and you get a claw that will 'grab' what's in front of it. Make sure you guide the rod back slowly, or the claws won't retract in time to clear the chest again.

Great idea, poor execution. I've said this with several of the movie figures and it concerns me. The transform process of this figure is somewhat painful and the looseness of the joints is borderline slop. Best left in Alt mode.