Lately, I've been spotting more hard to find items in the TF Universe. While still looking for the rarest of items (is it too hard to ask for some Deluxes?), I came across a nice Real Gear figure that I haven't seen much of. Booster X10 is a Decepticon that specializes in noise scrambling for manipulation and embarrassment.. 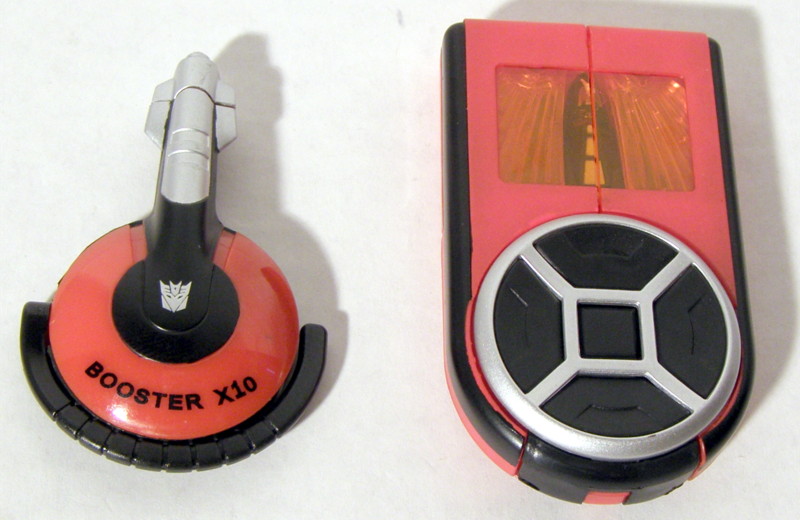 Booster is guised as a portable MP3 player. Mostly red in color, the control center and outlining are done in black. The buttons have no labeling on them, which would have been a thoughtful detail. The back end is open ended, and you can see some of the robot parts exposed. 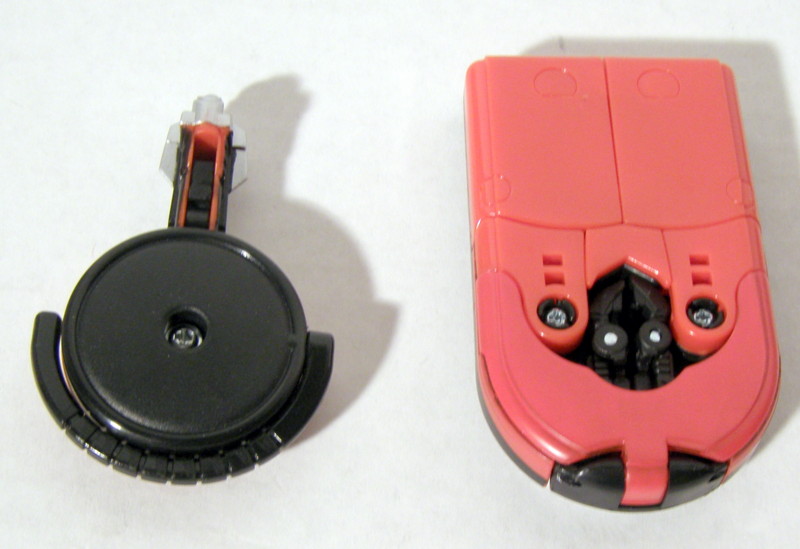 Booster also comes with a wireless headphone. Booster X10 is scripted to the earpiece as well as a Decepticon insignia. This is a pretty big headphone with no noticeable way to 'clip' to the ear. Transformation is a snap. The earpiece has a hidden clip that flips down and connects with Booster.

Laserbeak... ahem.... Booster's robot mode is a condor. The earpiece mounts on his back to give him a laser cannon weapon. The red and black motif still exist, and some amber translucent shows up to detail secondary feathers of sorts. 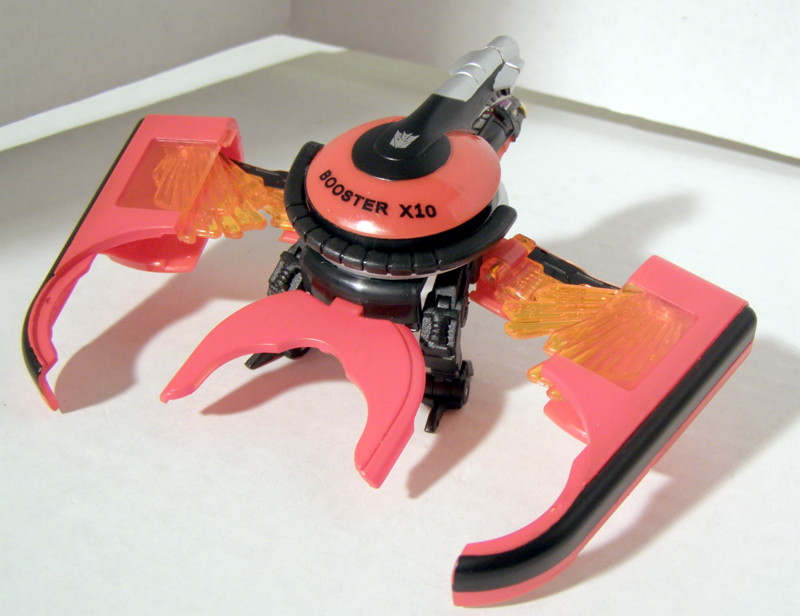 This is a pretty trick little figure. While the alt mode is somewhat undetailed, the robot mode pays a good tribute to a popular cassette soldier from G1. Definitely one to catch.