We are now entering the third wave of Real Gear figures. These have been simple yet surprisingly good figures. With this latest wave, we can relive them again through repaints of figures such as SpeedDial (WireTap) and Booster (NightBeat). However, there are still some new molds coming out. One of them is High Score, one of the most renowned fighters seen. 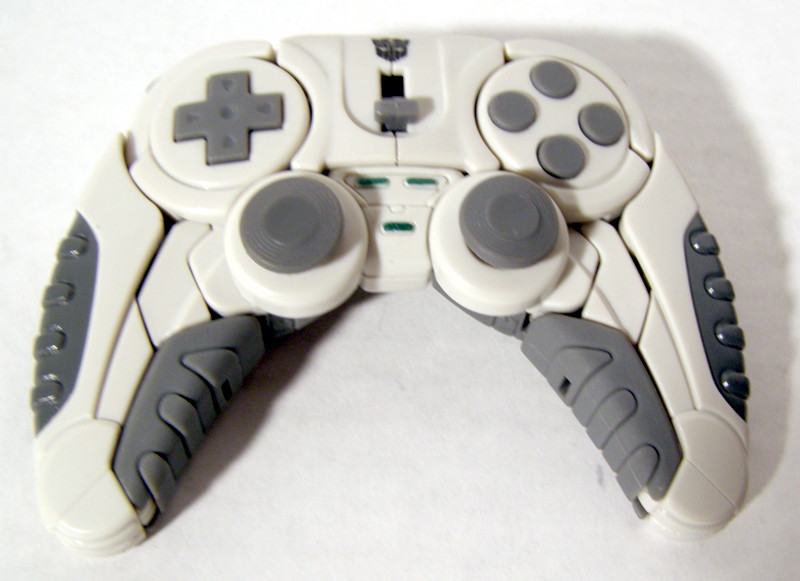 High Score takes the guise of a wireless controller. Funny to note that on the packaging, Hasbro has to state "NOT A WORKING GAME CONTROLLER" Oh really? The controller is all white with black buttons and grey grips. The analog joysticks move, but the buttons and D-pad are stationary. There is a lever up front which serves a purpose later. Green shoulder buttons reside on the top edges. An Autobot insignia rests facing frontwards towards the top. 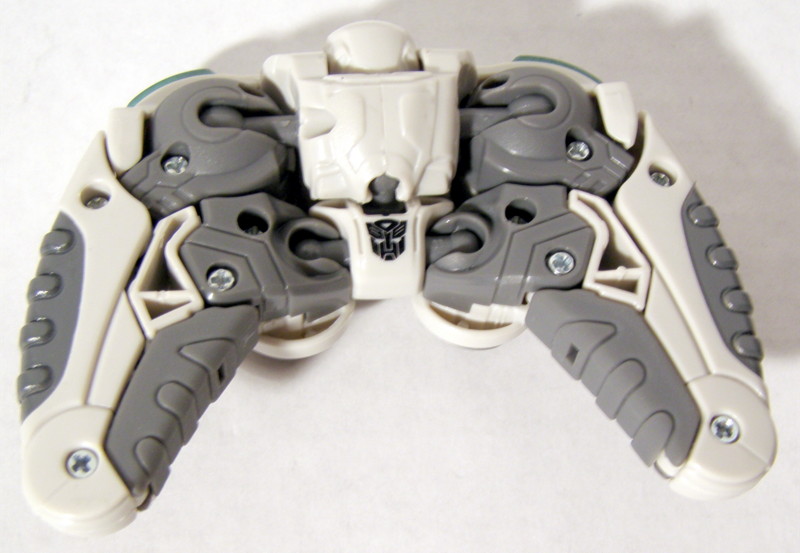 There are also some small green buttons towards the bottom. Flip it around, and the robot bits stare right back at you, including a semi-exposed head. Otherwise, a clean design. There is another Autobot insignia on the back as well. Transformation is simple like the rest of the line. Be aware, though, that the shoulder buttons (L1, R1) are rather loose due to the clip design. The lever mentioned before is used as an Automorph gimmick. Once the legs are in place, pushing the lever up will rotate the shoulder buttons to form his chest and push the head up. However, at time of pictures I was having a hard time getting the lever to work. THANK YOU, HASBRO QC! 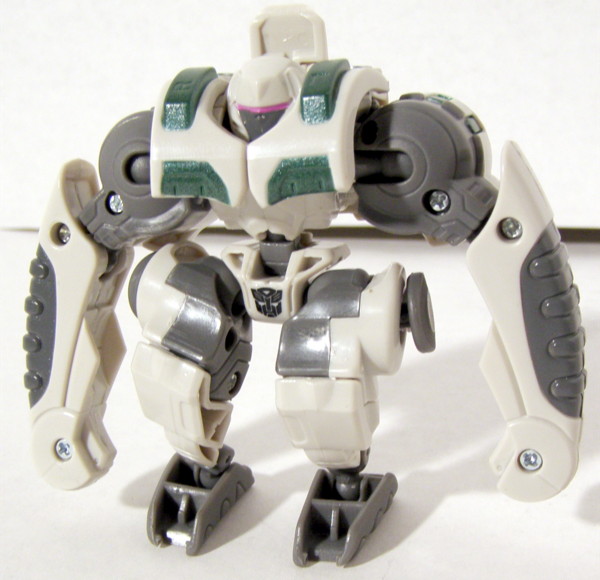 It seems once in awhile, TF has to throw in an ape-ish looking robot. Well, for RealGear... here he is! This robot mode to me isn't as well executed as in previous models. I have not seen this many exposed screws or joints on the robot front in a while. The head is rather simplistic and is contrasted by a lavender visor. 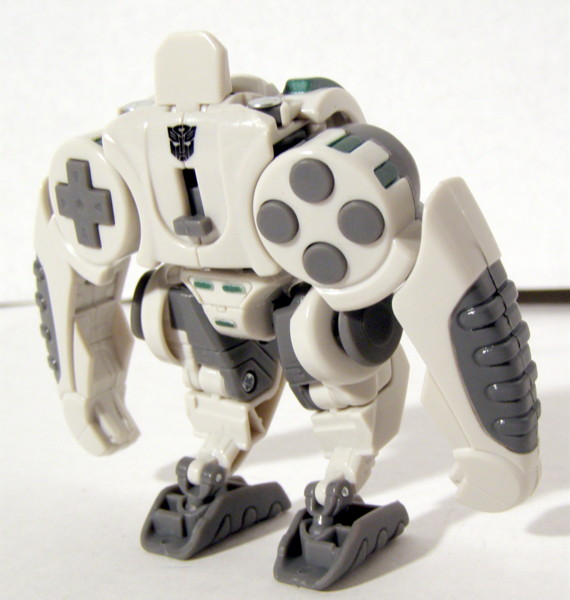 Despite the ape like form, he has some decent articulation. A very interesting figure, but not as clean looking as he could have been. Also a tad on the fragile side. However, a solid add to a so far good line. 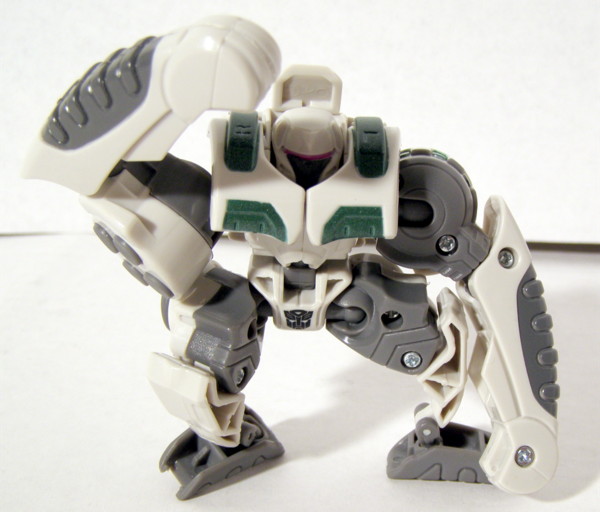