For awhile, it seemed that the 6" Titanium line stopped dead cold in it's tracks. However, as of late Target has again started supporting the figures by bringing out stock in decent numbers. This brings us to wave 5 of the 6" line, in which both figures of the wave are repaints. This review is for War Within Ultra Magnus. 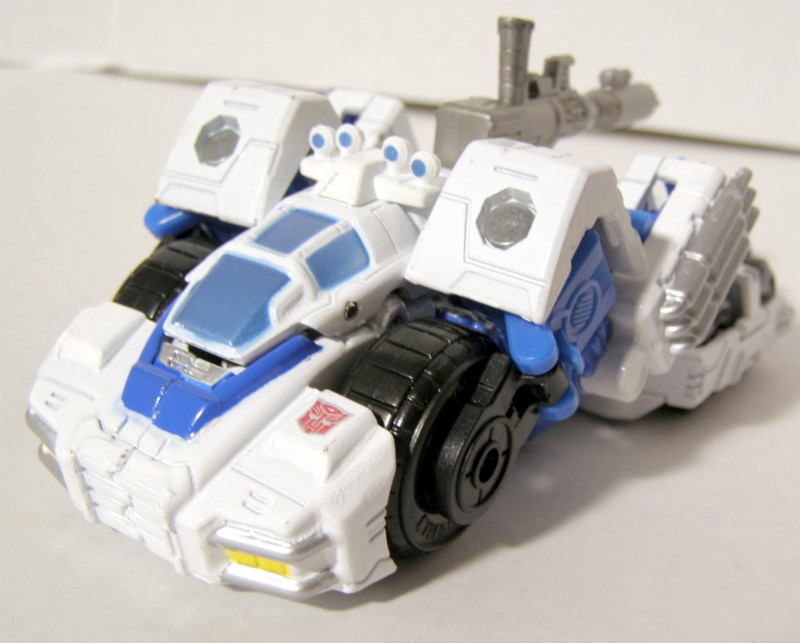 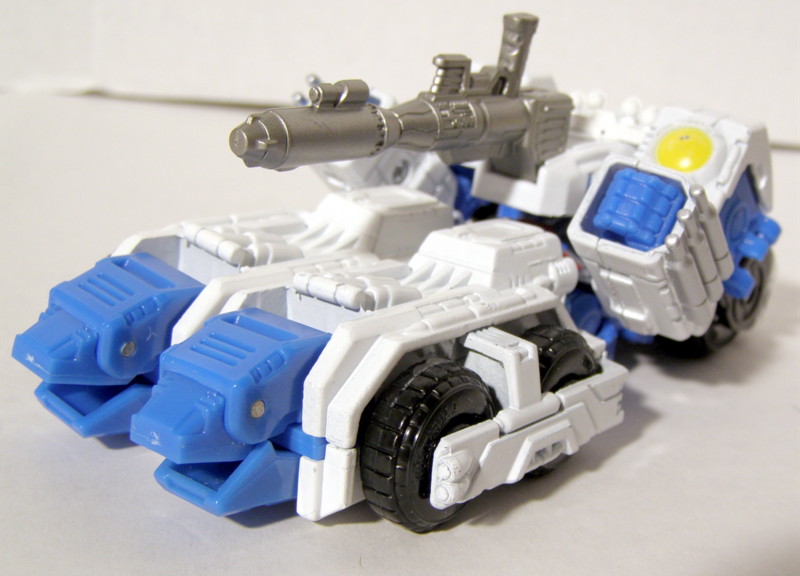 The main problem with this rendition is that the white paint used (at least on my figure) wasn't very good. Almost out of the box I had issues with paint rubbing off. They could have also considered using some more accents, as the alt mode looks extremely plain.

Now, pardon me as I go on a rant. Does the person who oversees packaging of the 6" Titanium figures have a relative or significant other working for a twistie tie plant somewhere? FOR THE LOVE OF GOD! You have to literally destroy the packaging and have a sharp pocket knife handy to get this guy out of his prison! If you're reading this Hasbro, seriously.... cut back on the ties OK? Transformation is identical to WWOP. That is to say, easy but floppy. 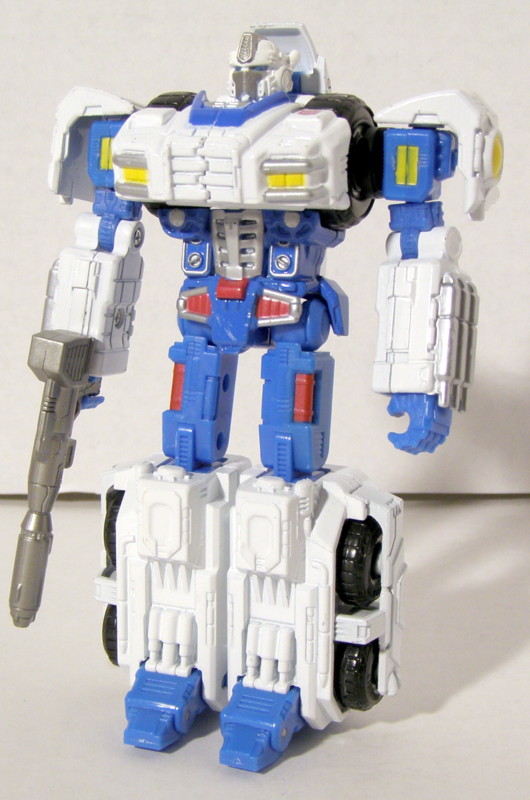 The robot mode has much more character than the alt mode in terms of appearance. He is still mostly white on the limbs, but alot more of the sky blue shows up in the upper limbs and abdomen area. On the upper arms, some yellow accent shows up. Red accents the thighs and waist region. Out of all the "me-too" Ultra Magnus figures cropping lately from the molds of Optimus Prime, this has to be the best robot mode of them. 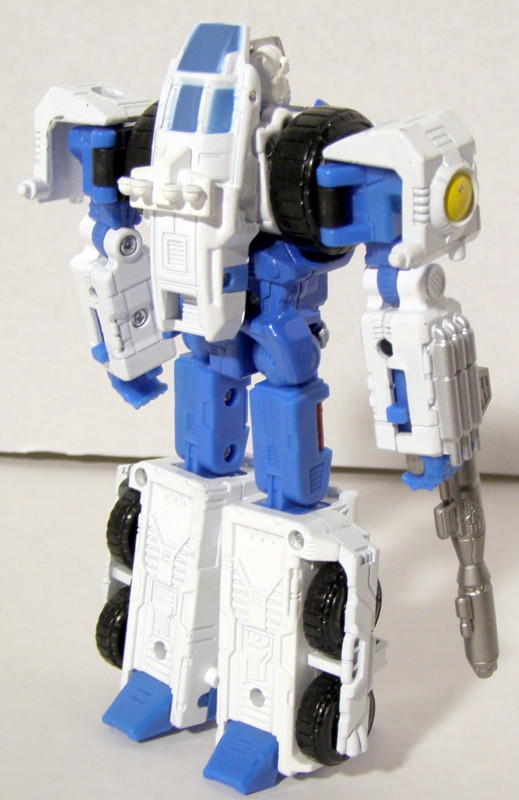 I was kind of hoping the loose joint issue would be rectified here due to it being a later release. It was a little better, but still extremely loose. I suppose it's due to the fact that this figure has the most die cast of just about any other of the 6" units. Once you get them tight, he can pull off some good poses. The arms are somewhat limited in range, but the legs can be set up to compensate. While still disappointing that Ultra Magnus is a straight ripoff of an Optimus Prime, this in my opinion is one of the better ones. 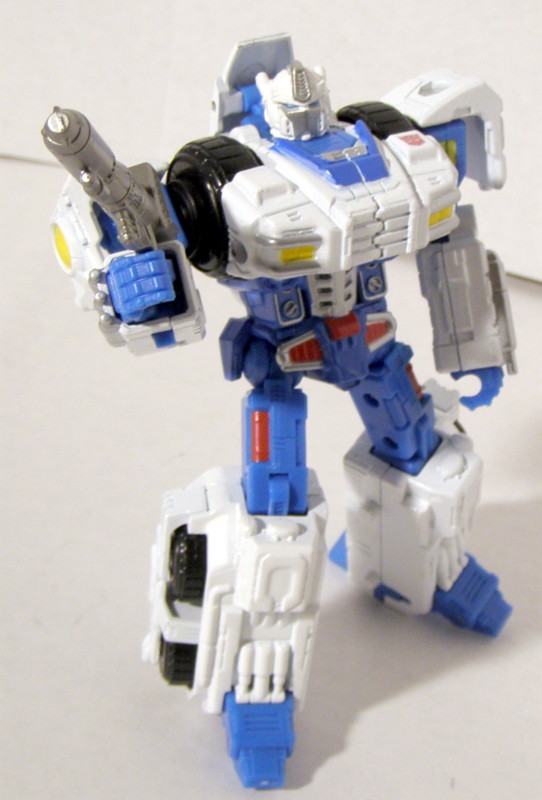