It's amazing how the fandom is continually shunned by Hasbro. When Classics came out, everyone hoped to get a seeker set of Starscream, Thundercracker and Skywarp. They delivered on that... so long as you paid $330 for Thundercracker as part of a box set and you could find a Target that had the exclusive Skywarp. With the 6" Titanium line, Starscream and Thundercracker were released. People have crossed their fingers hoping for a Skywarp.... nope. Instead, we get Sunstorm, a character never even heard of until Dreamwave thought him up way back when. 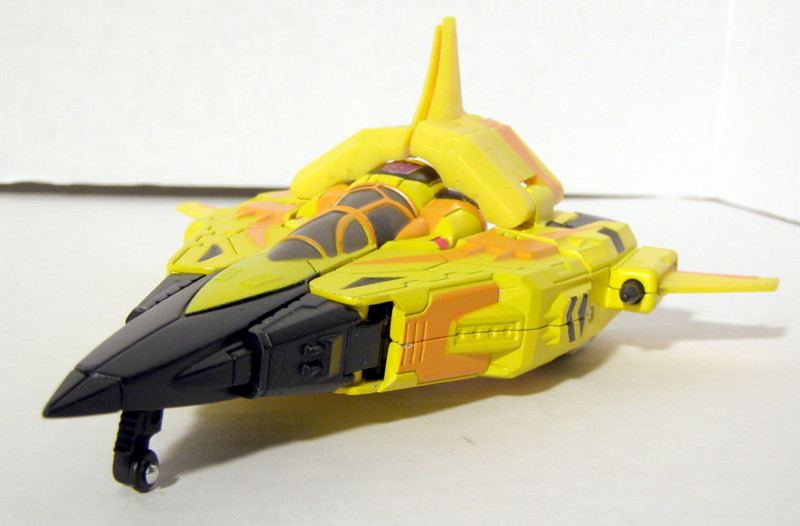 Sunstorm is done up in the War Within guise, sharing the delta seeker alt mode of Screamer and Cracker. The nosepiece is black, with the remainder of the jet being primarily yellow. Some orange accents show on the fuselage, as well as more black here and there. Strangely, these colors actually work quite well on this figure. 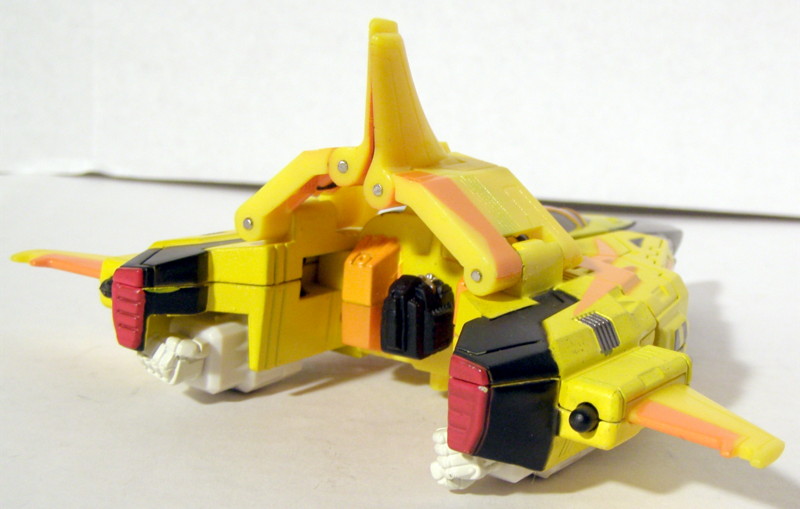 Besides the color change, all other aspects of this figure remain true to previous releases. This would include the huge gaping hole in the back. Transformation is identical to previous offerings. 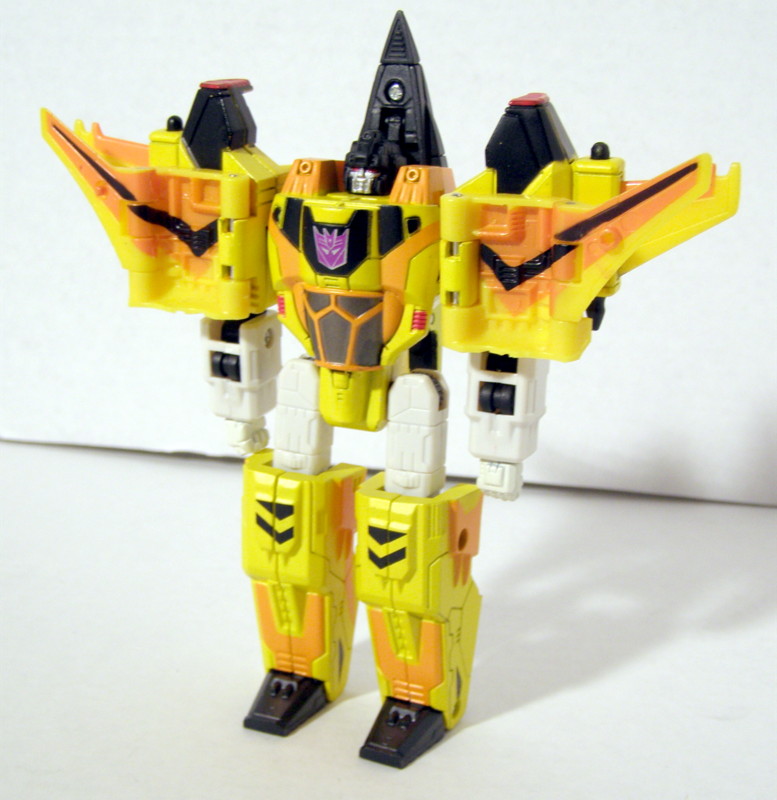 The robot mode fixes a problem I had with the previous two. HIS HEAD IS BLACK! Why they couldn't do this with Starscream or Thundercracker is beyond me, but it looks so much better this way. Some white gets added to the color scheme in the thighs and forearms. 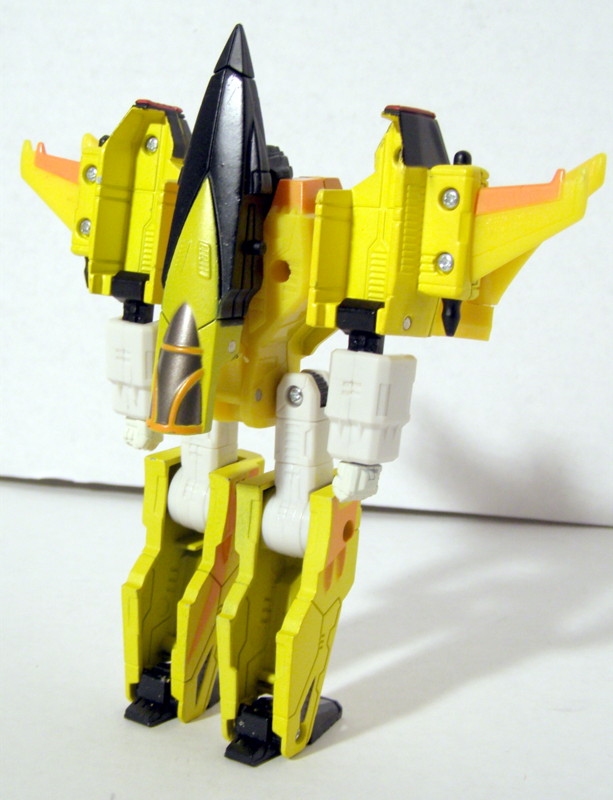 Articulation remains the same. The legs are somewhat stiff but have good range. The arms are somewhat stubby and are limited in motion. While perhaps being the best decorated of this mold, Hasbro has again left fans with a bad taste in the mouth. This should have been a Skywarp. 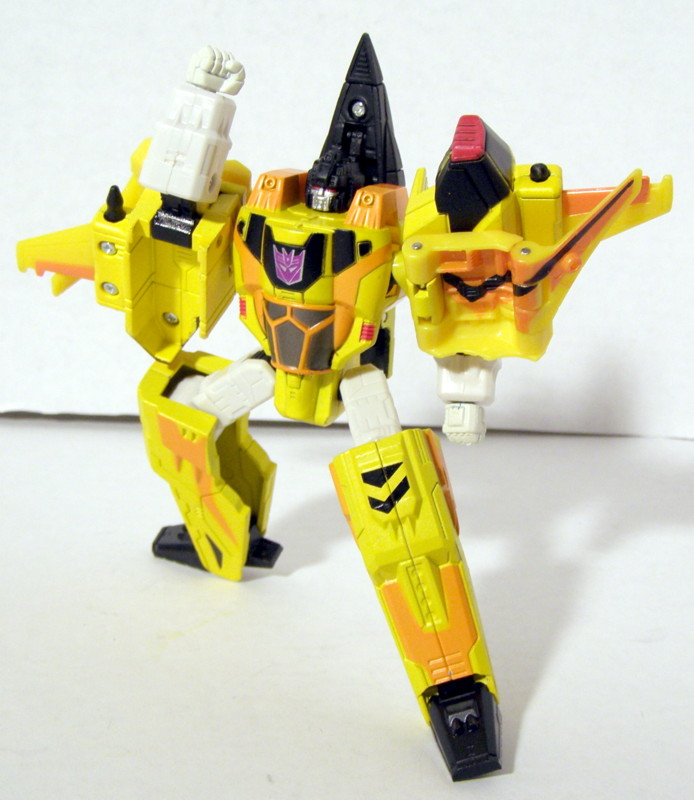