The figure I'm about to review has been by far one of the absolute hardest to track down. Only a few figures have been as elusive, such as Titanium G1 Ultra Magnus, Cybertron Wing Saber and Alternators Mirage. Of course, once I broke down and did the eBay thing I spy one on a Target shelf. Just my luck. At any rate, this is Bumblebee after Sam Witwicky whines about his 1976 Camaro disguise. 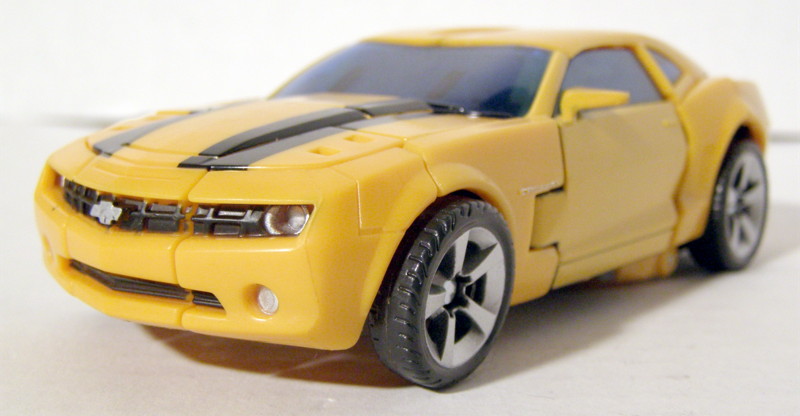 Bumblebee is now sporting a disguise of the upcoming 2009 Chevrolet Camaro. Bee's yellow paint job remains, as do the twin black comp stripes. Interestingly enough, the comp stripes don't continue on the roof. The details are decently done for a figure of this class, and includes the CAMARO script on the lower fenders near the doors and the familiar Chevrolet badge on the front grille. There is also a Chevy badge on the trunk. 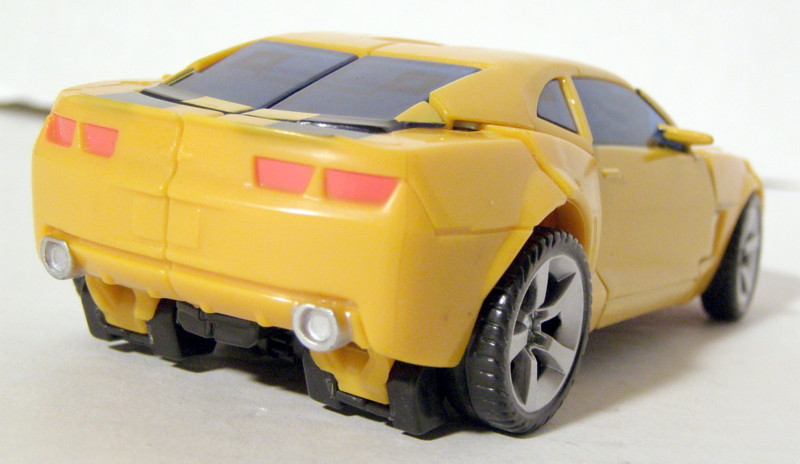 Seam lines are very apparent on this version of Bumblebee as well. Being that this car has a blockier look than the shark-nosed 1976 model, the seam lines don't look as cluttered. Transformation has some differences than the "old" Bumblebee. The hood no longer has the spring loaded automorph, which is a good thing since that gimmick seems prone to breaking. Instead, the cowl has a tab that will flip the hood around to expose the head. The front end still 'breaks up' into 3 sections for the chest, but now it's done manually. The roof now splits in 2 and makes up part of his arms. The legs are almost identical to the old model, right down to the automorph gimmick. Although with this figure, there is a couple of panels to fold back first. 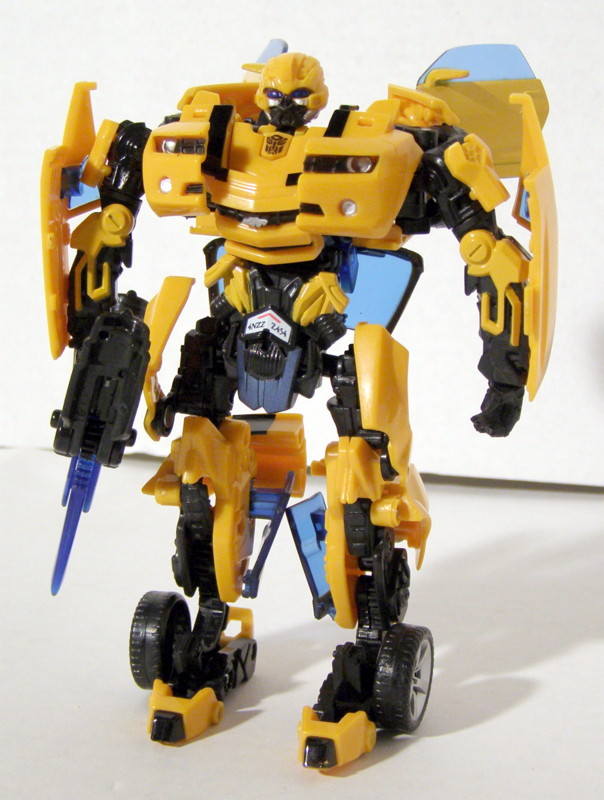 For anyone, like myself, who has had frustrations hinting this figure down, all I can tell you is it is worth your effort. This has to be, hands down, the best Deluxe figure of the whole line. It's definitely the truest to movie form of any of them. Curiously, the bent license plate still appears on his crotch, yet no plate in alt mode. What gives with that? Along with the yellow and black motif, some medium blue shows up in the groin area. A small Autobot insignia is located below his neck. 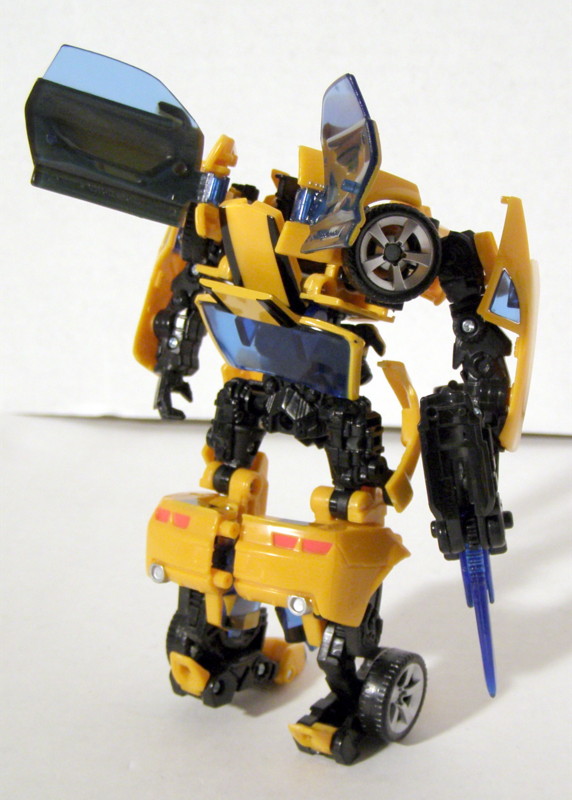 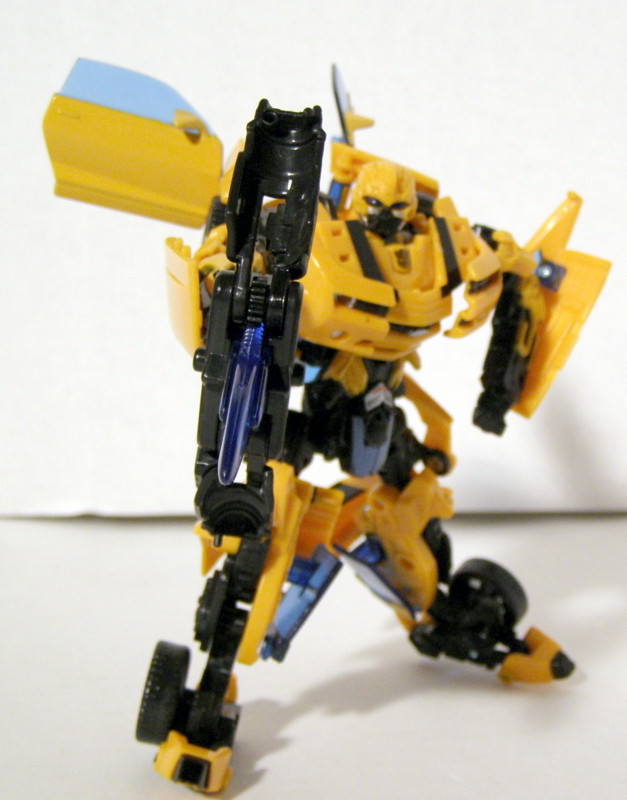 Bumblebee's cannon fits in either hand. You can also peel back the cannon barrel to expose his plasma sword. Although this is perhaps the most elusive figure to find currently, he is also by far the most superior of the Deluxe class offerings. Relief may be coming soon, as Hasbro Toy Shop has him listed as COMING SOON. Just in time for the holidays, and hopefully, in much greater supply. This is a definite must have for the collection!